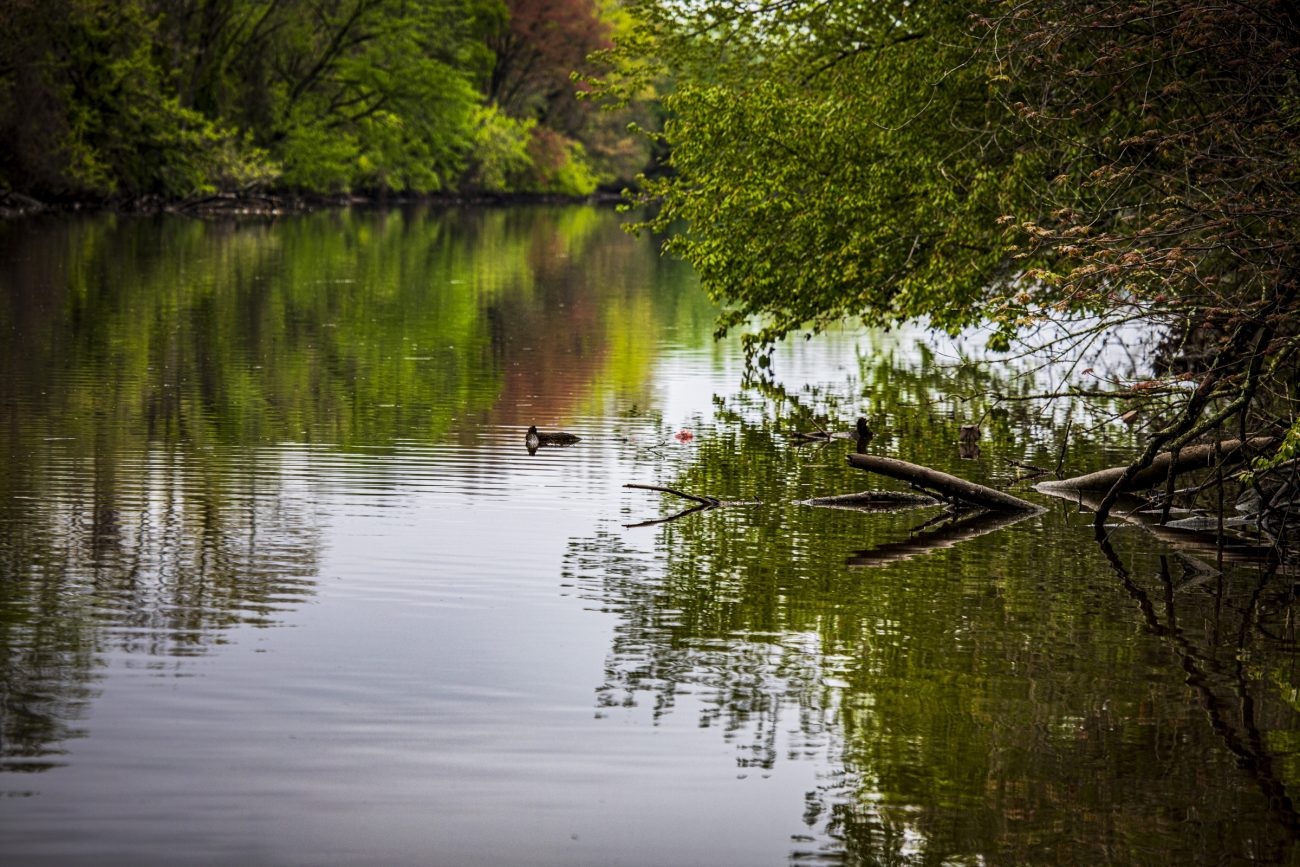 The beauty of nature is captured along the banks of the Anacostia River April 26, 2020, near Bladensburg, Md. Dioceses and other organizations around the world are planning to mark the fifth anniversary of Pope Francis' encyclical on care for creation with online events and prayers during Laudato Si' Week May 16-24, 2020. (CNS photo/Chaz Muth) See IN-DEPTH-LAUDATO-SI-FIVE April 27, 2020.

WASHINGTON (CNS) — Stressing that listening for God’s call to discipleship is integral to faith, the chairmen of two U.S. bishops’ committees invited people to also listen to the call of the earth during the observance of the World Day of Prayer for the Care of Creation.

The day, Sept. 1, is set aside by Christian churches and people of faith to reflect on the gift of creation. It launches the Season of Creation, which runs through Oct. 4, the feast of St. Francis of Assisi, patron saint of ecology.

“We must learn the art of listening to sustain our faith, lest we end up among those, as the Old Testament prophets wrote, ‘who have ears, but hear not.’ We must also learn the art of listening to protect the environment,” said the Sept. 1 statement from Archbishop Paul S. Coakley of Oklahoma City, chairman of the Committee on Domestic Justice and Human Development, and Bishop David J. Malloy of Rockford, Illinois, chairman of the Committee on International Justice and Peace.

The bishops cited Pope Francis’ invitation to reflect on the season’s theme, “Listen to the voice of creation,” as an important starting point to recognize the vital need to protect the environment.

“With careful attentiveness, the Holy Father rightly identifies a dissonance in the world, also resoundingly true in the United States. The beauty of the natural world and the harmony that comes from the integrity of creation speaks to us,” the bishops said.

“Yet we also hear the ‘cry of the earth and the cry of the poor,’ the ‘little ones’ being wounded by a throwaway culture fueled by greed, over-consumption, technocratic power, and indifference. We continue to experience the destructive force of natural disasters, floods, fires and heat waves and the consequent suffering of people, animals and ecosystems,” they said.

The prelates suggested that despite such challenges, by listening attentively “we can also catch the sound of hope emerging from our collective actions to protect creation, perhaps surprisingly, from our national politics and within our pilgrim church.”

Citing Pope Francis’ invitation in his encyclical “Fratelli Tutti, on Fraternity and Social Friendship,” to “a better kind of politics,” the bishops said the pope implicitly appeals to “a better kind of ‘eco-politics’ that protects rather than exploits the environment and green ideologies for partisan gain.”

Hopeful responses to the pope’s invitation have come about in several ways, the bishops said. They pointed to the synodal process that involves listening to each other that is occurring throughout the church worldwide in preparation for the 2023 world Synod of Bishops on synodality.

The statement also noted the U.S. bishops’ adoption last November of new socially responsible investment guidelines and that the section on climate-related concerns had the largest number of revisions.

They also summarized the steps by other entities, such as the Catholic Campaign for Human Development, Catholic Charities USA member agencies, Catholic Rural Life and Catholic Relief Services for their work to address environmental concerns.

In addition, Archbishop Coakley and Bishop Malloy referred to efforts by “liberal and conservative lawmakers who share concerns about both the world’s climate and the welfare of our nation.”

“They are doing the hard work of considering bipartisan policies that can preserve the environment, promote energy security, and grow the economy. We pray now, and in the future, both parties will continue to put forward their best environmental policies and work together to protect ‘our common home which God has entrusted to us,'” the bishops said, quoting Pope Francis’ encyclical “Laudato Si’, on Care for Our Common Home.”

While such efforts give the bishops hope, they said the actions are “far from sufficient to meeting the challenges of our times.” They also spoke of the need to safeguard against “complacency and hubris” by participating “in a listening faith, always aware of God’s action preceding and increasing our own efforts.”

“This Season of Creation,” the bishops concluded, “we give thanks to the professionals and everyday citizens who work to protect the environment and promote the common good.”

NEXT: Indiana court sides with archdiocese over teacher firing