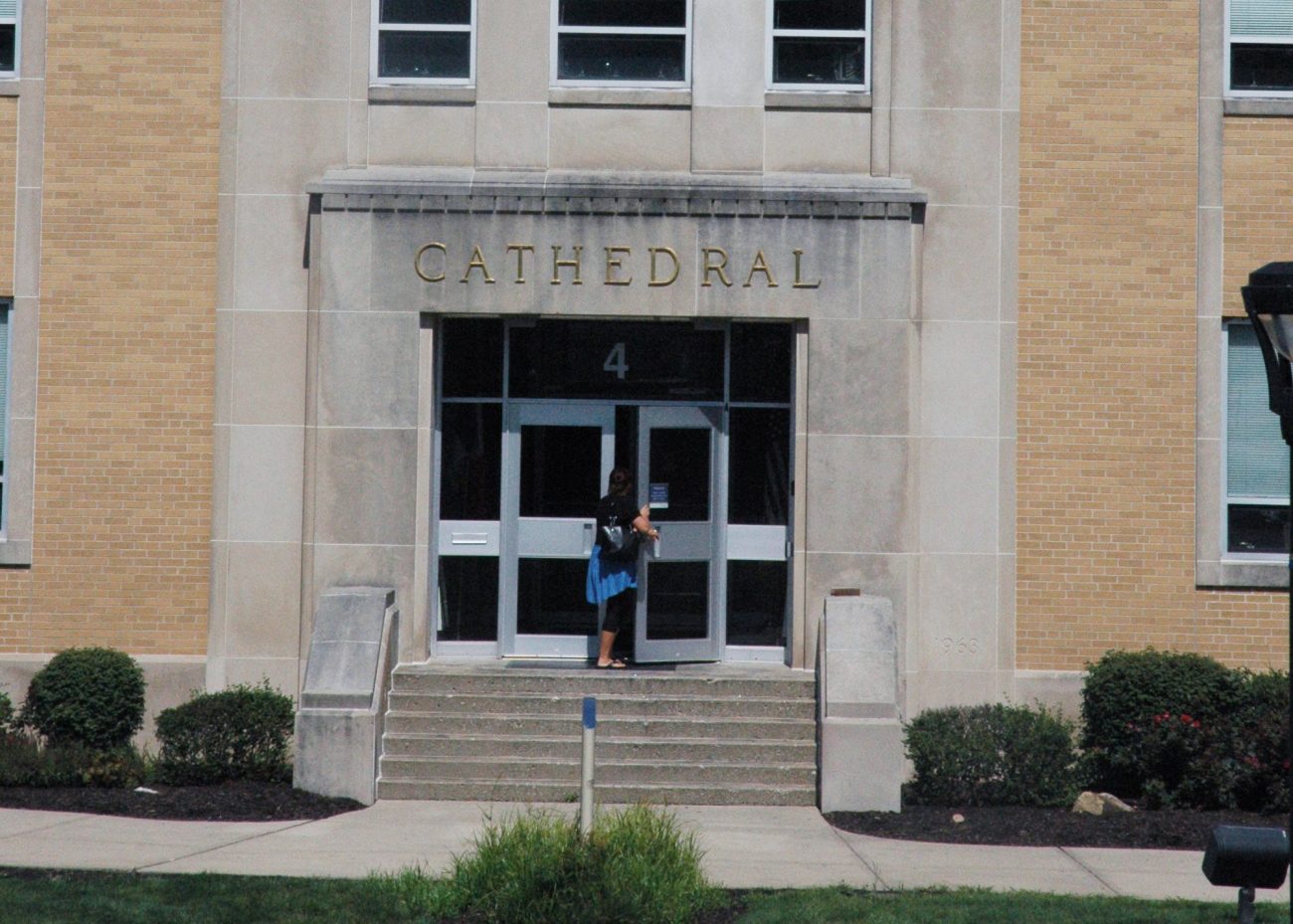 Cathedral High School in Indianapolis is seen in this 2018 file photo. (CNS photo/John Shaughnessy, The Criterion)

WASHINGTON (CNS) — The Indiana Supreme Court said the state could not interfere in a Catholic school’s firing of a teacher in a same-sex marriage because of the school’s religious freedom rights.

The court, in its Aug. 31 ruling, sided with the Archdiocese of Indianapolis in supporting Cathedral High School’s 2019 decision to fire Joshua Payne-Elliott, a social studies and world language teacher.

The opinion in the court’s 4-0 decision, written by Judge Geoffrey G. Slaughter, emphasized that the “Constitution encompasses the right of religious institutions to decide for themselves, free from state interference, in matters of church government as well as those of faith and doctrine.”

Payne-Elliott filed a lawsuit against the archdiocese for his firing, saying it went against his contract with the school. The firing took place after the Indianapolis Archdiocese mandated that all Catholic schools in the archdiocese enforce a morality clause that did not permit employees to be in same-sex marriages.

Luke Goodrich, vice president and senior counsel for Becket, is pleased with the final outcome.

“Courts can’t decide what it means to be Catholic — only the church can do that,” he said in an Aug. 31 statement.

“By keeping the judiciary out of religious identity, the Indiana Supreme Court just protected all religious institutions to be free from government interference in deciding their core religious values,” he added.

He also called the decision a “commonsense ruling in favor of our most fundamental rights,” noting that “religious schools will only be able to pass down the faith to the next generation if they can freely receive guidance from their churches on what their faith is. We are grateful the court recognized this healthy form of separation of church and state.”

An emailed statement to the Indianapolis Star daily newspaper from Payne-Elliott’s lawyer, Kathleen DeLaney, said she was disappointed with the ruling and was evaluating all options as next steps for the former teacher.

“We lament this decision’s movement toward immunity from civil liability for religious institutions that discriminate against their employees,” she said, but added that the court also allowed Payne-Elliott to “file a new complaint and start the case anew.”

As part of the same emailed statement, Payne-Elliott said he still stands by his claim that Cathedral High School breached his contract even after he had alerted to them of his marriage.

He also said he has concerns about taxpayer dollars going toward voucher programs for private schools that he said “target LGBTQ employees.” He said he fears for the “well-being of LGBTQ students and faculty in Catholic schools.”

In 2019, the Midwest province of the Society of Jesus, which administers Brebeuf, appealed the decree, taking away the school’s Catholic status to the Vatican Congregation for Catholic Education.

In late September of that year, the congregation announced it was temporarily lifting the decree until it made a final decision, which has still not been announced.

In a news conference at the time, Archbishop Thompson said the issue involving the two schools came down to the Catholic Church’s teaching on marriage.

While stressing that “one’s (sexual) orientation is not a sin,” the archbishop said the issue involving the two schools “is about public witness of church teaching on the dignity of marriage as (between) one man and one woman. That is our church teaching.”

“In this particular case we’re dealing with, those are ministers in our church. Teachers, guidance counselors, other leaders, leaders of the schools and other leaders in the archdiocese are bound to live out these principles,” he said.

PREVIOUS: Bishops urge listening to the call of the earth during Season of Creation