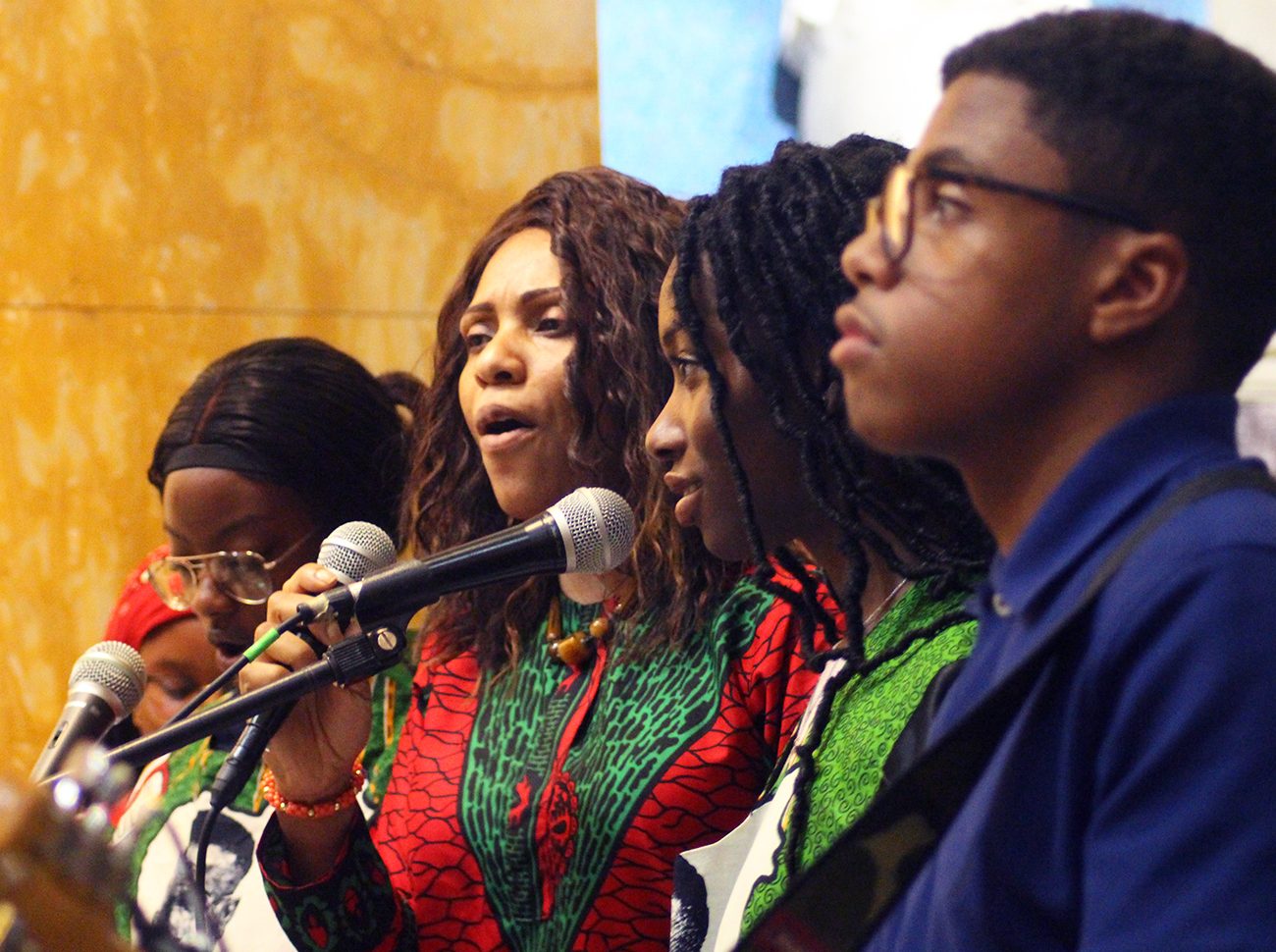 Migrants and refugees are key players in building both the future and the kingdom of God, said retired Philadelphia Auxiliary Bishop Edward Deliman.

The bishop echoed Pope Francis’ message for the 108th World Day of Migrants and Refugees while serving as principal celebrant of a Sept. 24 Mass for the occasion. Since 1914, the Catholic Church has marked the day to highlight the dignity of those separated from their countries of origin due to war, poverty, persecution, natural disasters and other threats.

At present, there are an estimated 281 million migrants and 100 million forcibly displaced persons, according to the latest data available from the United Nations.

The Sept. 24 liturgy, which drew some 250 participants to St. Martin of Tours Parish in Philadelphia, was an initiative of the archdiocesan Office for Pastoral Care of Migrants and Refugees (PCMR) – whose director, Religious Sister of the Assumption Sister Gertrude Borres, said many on hand had “found a home here because there was a community to welcome them.”

Co-sponsoring the multilingual Mass were the archdiocesan Offices for Cultural Ministries, Black Catholics and Hispanic Catholics, as well as the New Sanctuary Movement (NSM) of Philadelphia, a nonprofit advocacy for immigrant justice.

NSM volunteer Josephine said throughout the COVID pandemic she had worked to ensure her fellow members of the local Indonesian community at St. Thomas Aquinas Parish in Philadelphia received vaccinations and much-needed rental assistance. 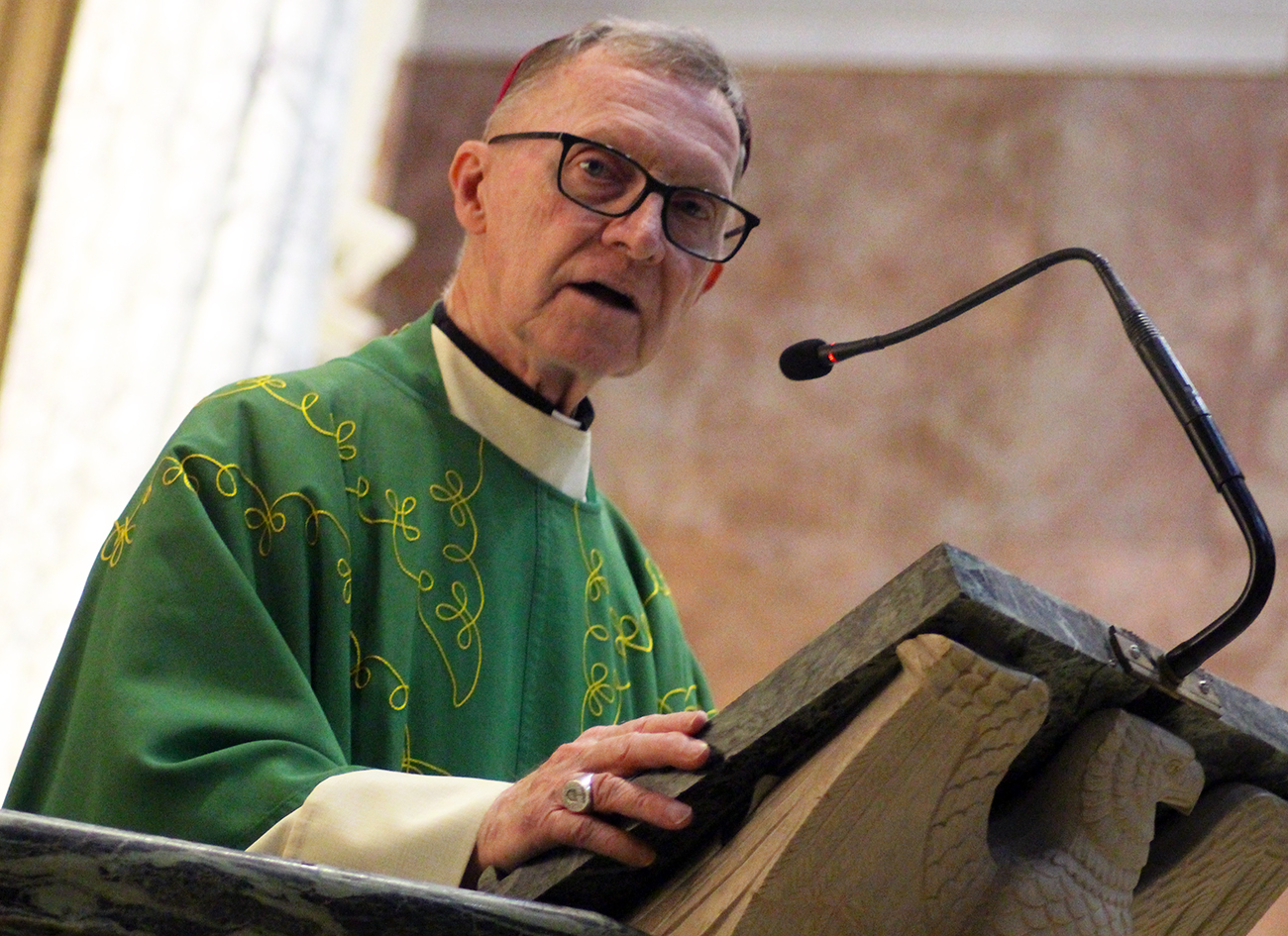 “As a Catholic, to serve God means to serve others,” she said.

In his homily, Bishop Deliman – who as a child had befriended a refugee from the Hungarian Revolution of 1956 — invited listeners to consider the plight of those forced to “(look) over their shoulders” to survive.

“Fear, uncertainty, hunger and thirst drive the refugee to a new country with a new language and new customs,” he said.

He denounced efforts to transport migrants and refugees from the U.S. border to locations such as Martha’s Vineyard as “shameful” tactics that “hurt and confuse the newcomer among us.”

Following Russia’s full-scale invasion, Ukraine has become “an awful and horrific paradigm” of “so many other nations” where authoritarian forces “chase innocent men, women and children from their homes and their communities,” said Bishop Deliman.

That assessment was echoed by Eugene Luciw, president of the Ukrainian Congress Committee of America’s Philadelphia chapter and a member of Presentation of Our Lord Ukrainian Catholic Church in Lansdale. 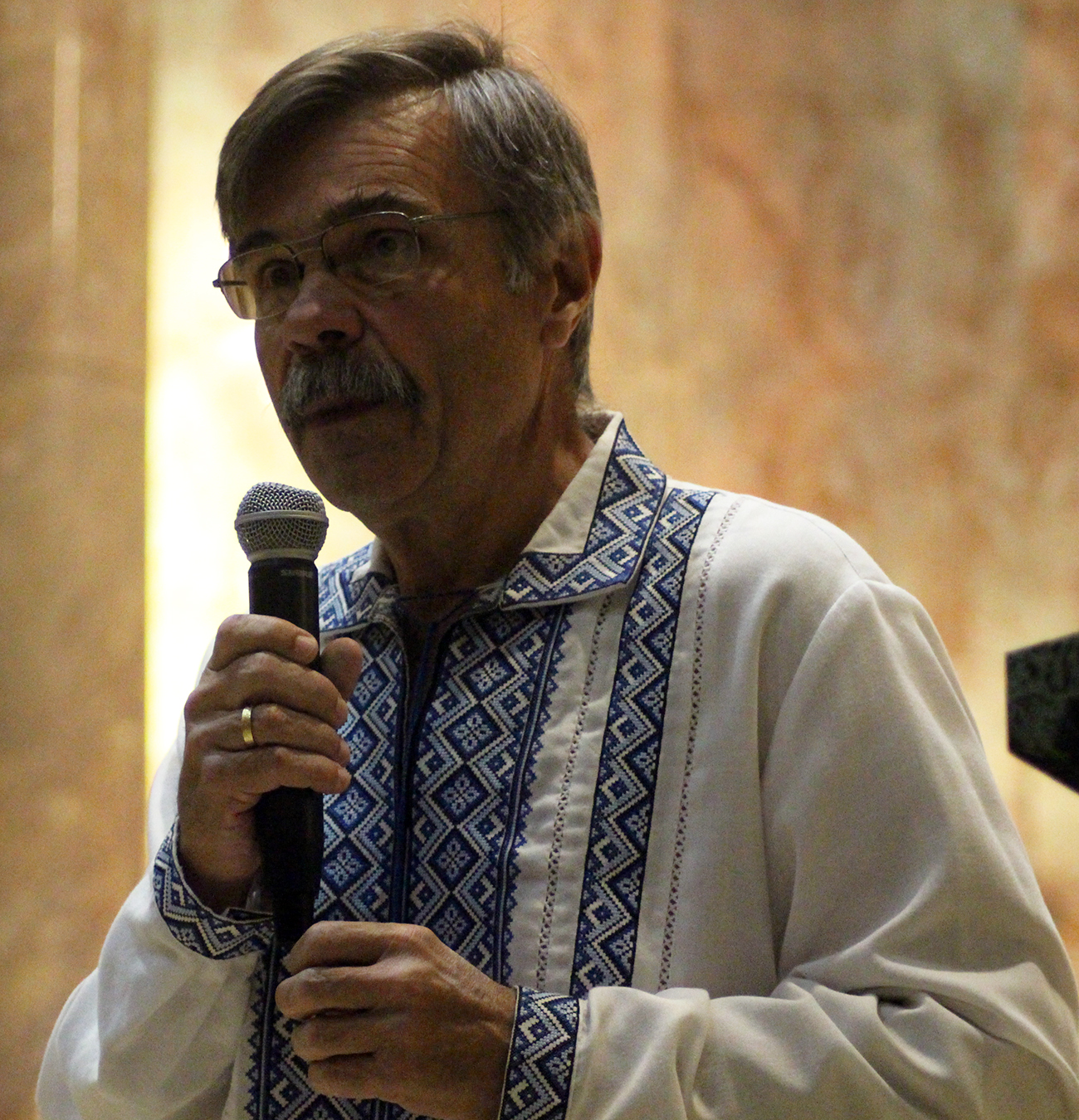 Russia’s full-scale invasion of Ukraine has forced some 12 million, the equivalent of Pennsylvania’s population, to flee, said Eugene Luciw, president of the Ukrainian Congress Committee of America’s Philadelphia chapter and a member of Presentation of Our Lord Ukrainian Catholic Church in Lansdale. (Gina Christian)

Like many of the nations represented at the Mass, Ukrainians – who declared independence from the former Soviet Union in 1991 — had experienced brutal colonialism for centuries under tsarist, communist and, now, post-communist Russia, he said.

Today, Russia under its president Vladimir Putin seeks “not only to control us, but … to destroy us” through relentless “genocidal attacks,” said Luciw.

The war — which continues assaults initiated in 2014 — has displaced 12 million, slightly less than the population of Pennsylvania, he said.

Some 75,000 Ukrainian refugees are now in the U.S., with about one third in the Philadelphia area, said Luciw.

“I hope you will welcome them,” he said.

The “presence of migrants and refugees” is a “great challenge” for nations, said Bishop Deliman, but also a “great opportunity for cultural and spiritual growth” that “opens minds to new horizons.”

As an example, Luciw pointed to the pre-Mass procession, in which members of St. Martin’s Brazilian community passed a blue banner over the congregation as symbol of Mary’s protection.

Ultimately, said Bishop Deliman, caring for migrants and refugees “all goes back to the great commandment: You shall love the Lord your God with your whole heart, your whole mind and your whole soul, and you shall love your neighbor as yourself” (Mt 22:37-40; Dt 6:5, Lv 19:18).

“We must welcome migrants and refugees, and not refuse them,” he said.

PREVIOUS: Students meet with EU diplomats to learn ‘what’s at stake’ with democracy

NEXT: Archdiocesan high school in finals for $1M prize, thanks to innovative education