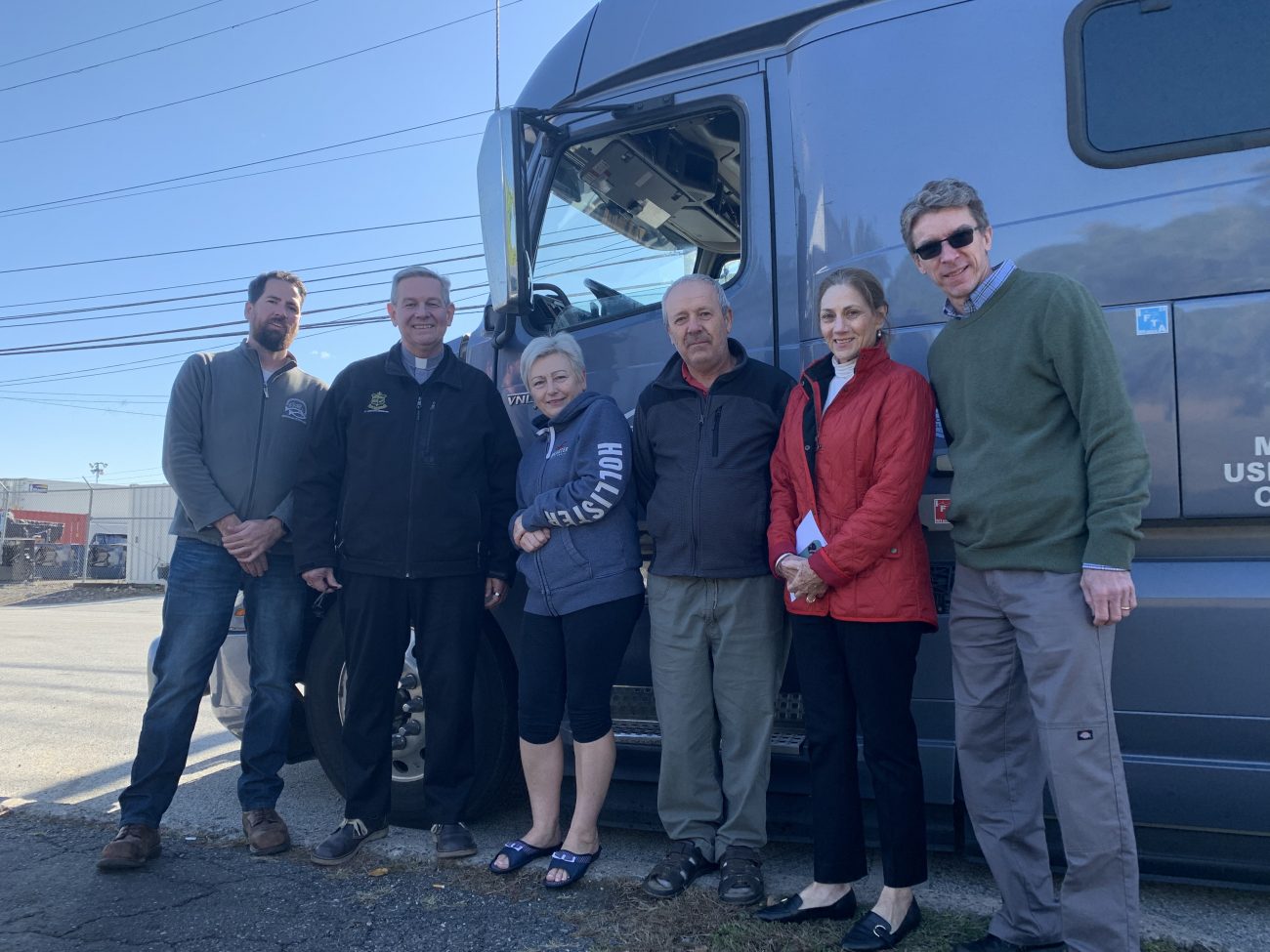 Staff from archdiocesan Nutritional Development Services welcomed the Oct. 20 delivery of more than 37,000 pounds of food donated by the Church of Jesus Christ of Latter-day Saints. The goods are destined for NDS food cupboards, which have seen a spike in client demand. (Gina Christian)

Archdiocesan food pantries have received a major boost in supplies, thanks to a generous cross-country donation.

More than 37,000 pounds of pasta, rice, canned vegetables and other dry goods were delivered Oct. 20 to Nutritional Development Services (NDS), which operates a network of cupboards throughout the five-county area. The food will also be shared with Martha’s Choice Marketplace, a site operated by archdiocesan Catholic Social Services that serves as one of the largest food pantries in Montgomery County.

The 24 pallets were sent by the Church of Jesus Christ of Latter-day Saints from its headquarters in Salt Lake City, Utah, with the shipment of the goods coordinated through Catholic Charities USA (CCUSA) and offloaded at Atlantic Warehouse in Essington.

The Latter-day Saints “have a very good working relationship with a lot of the CCUSA agencies throughout the country,” said NDS executive director Lizanne Hagedorn. “They do a lot of work around social justice issues such as food insecurity.”

The church provided similar support to NDS in 2020, amid a surge in demand for aid due to COVID.

While the pandemic’s end is “now in sight” according to the World Health Organization, client numbers remain high at NDS pantries, said delivery specialist Don Devlin. 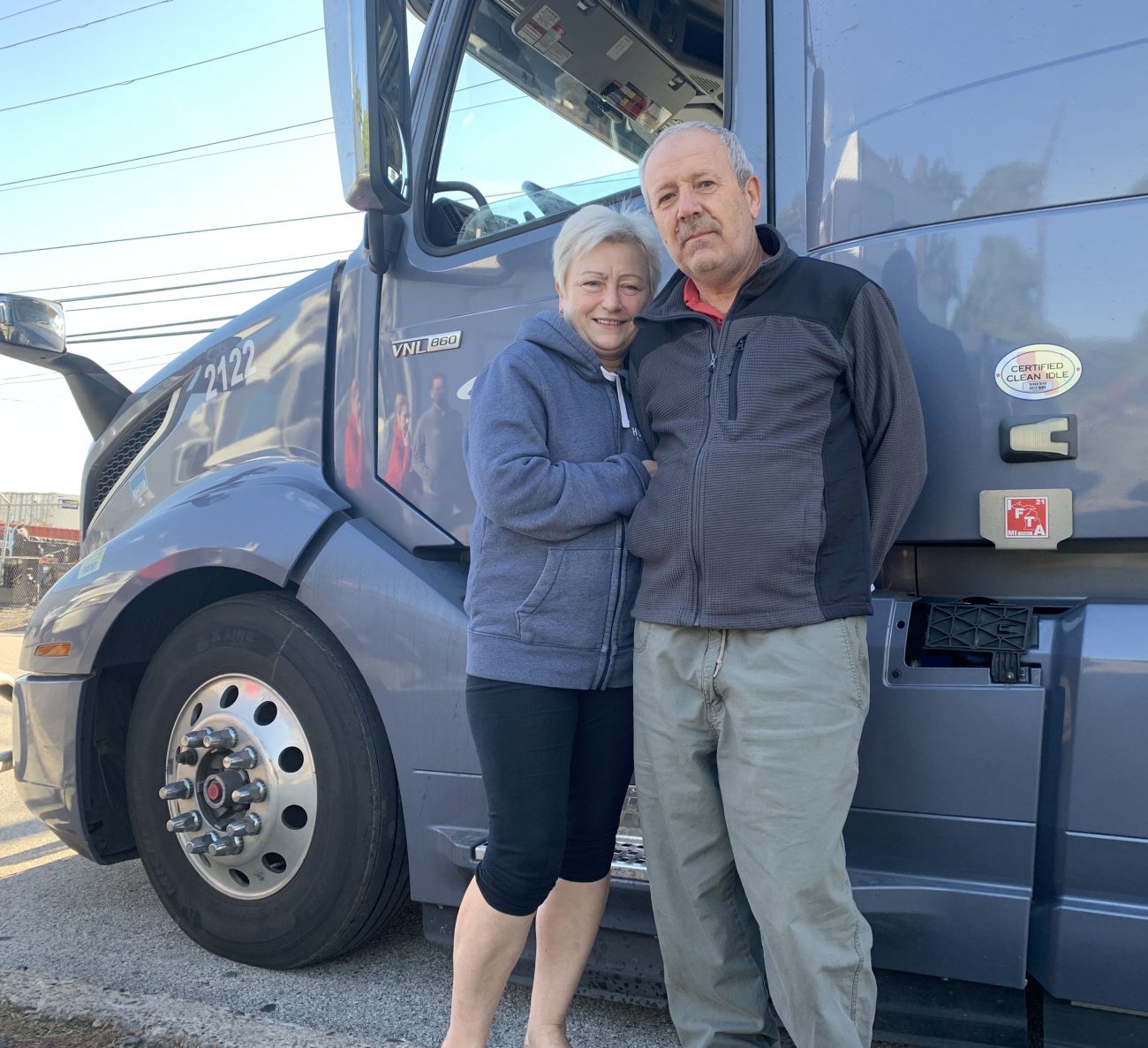 Oksana and Pavlo Pavluyk said driving the donation to the Philadelphia area from Utah was a way of showing their gratitude for U.S. support of their native Ukraine amid a brutal invasion by Russia. (Gina Christian)

“There’s an influx of more people in line,” he said. “Right now we’re getting people from different areas. Even the smaller pantries are overwhelmed with clients. Instead of serving 90 families, they’re serving 120 families.”

NDS community relations director David Stier recently noted the complexities of local and global food supply will hit home in the coming months and years, with a “food crisis around the corner.”

At present, close to 300 million acres of crops and almost 30 million beef cattle in the U.S. are experiencing some level of drought, according to the U.S.’s National Integrated Drought Information System.

“This donation couldn’t have come at a better time,” said Devlin. “This stuff is going to go in and out fast in the five-county area.”

Stier said he was heartened by “the beauty of the cooperation” among the Latter-day Saints, CCUSA and NDS.

‘It’s about being of a like mind, taking care of people and working to make society a better place,” said Stier.

For tractor trailer driver Pavlo Pavluyk and his wife Oksana, the one-week drive from Utah to Philadelphia was a chance to express their gratitude for U.S. support of their native Ukraine, now in the ninth month of a brutal invasion by Russia.

The couple’s son-in-law is currently serving in Ukraine’s army, while their daughter and granddaughter remain in the west of that country.

“Now is a very hard time for Ukrainians,” said Oksana. “Thank you for everything. The American people have given lots of help.”

Atlantic Warehouse owner Fran Jennings, whose facility has been exclusively dedicated to NDS use for some four decades, smiled as his crew worked to offload the cargo from the Pavluyk’s trailer.

“Everything in this building is for NDS,” he said. “It feels great to be doing good for people in need.” 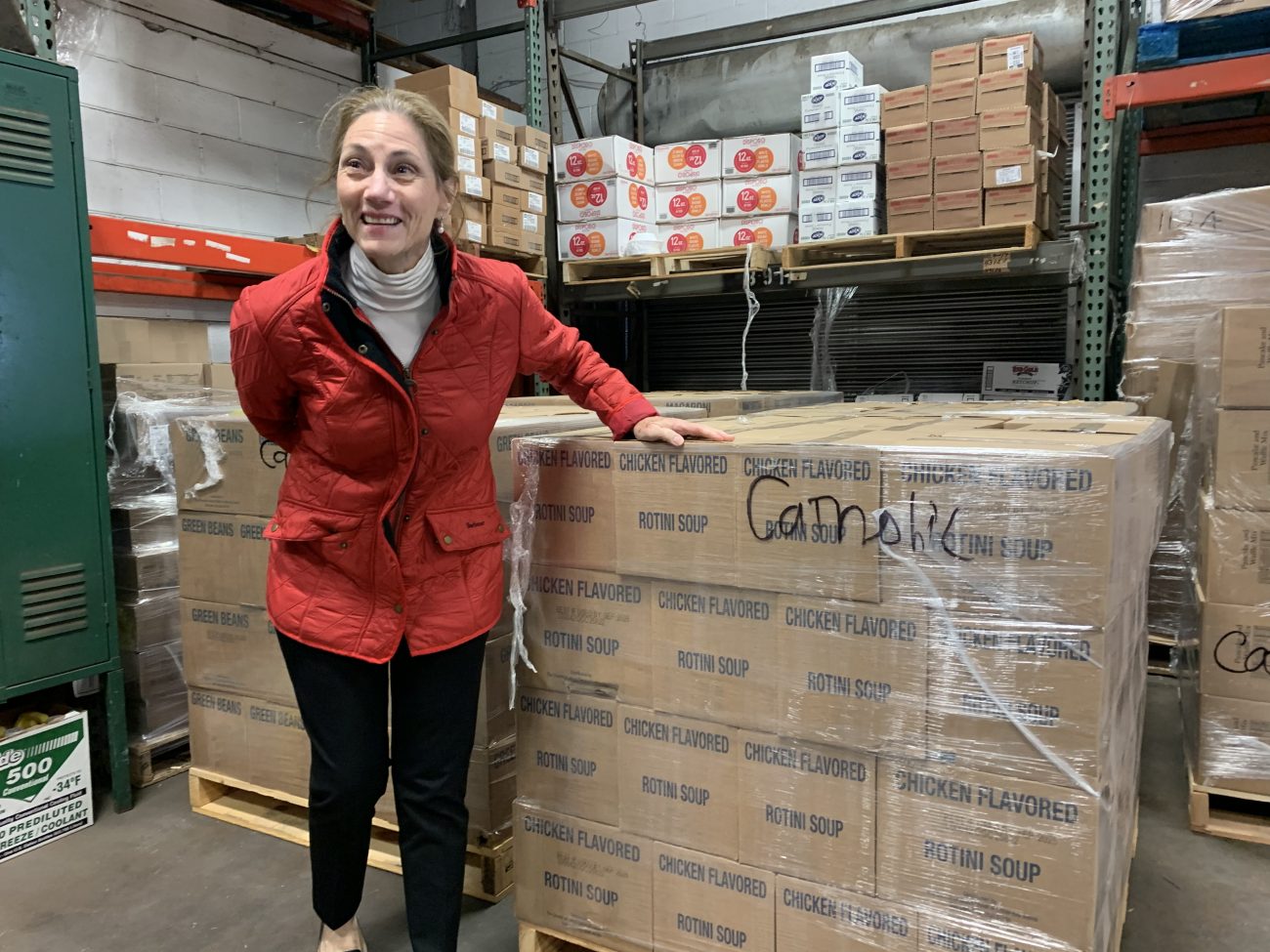 Lizanne Hagedorn, executive director of Nutritional Development Services, surveys several of the 24 pallets of food donated to her agency by the Church of Jesus Christ of Latter-day Saints, Oct. 20. (Gina Christian)

NEXT: Boot Up Philly a ‘beautiful exchange’ of blessings