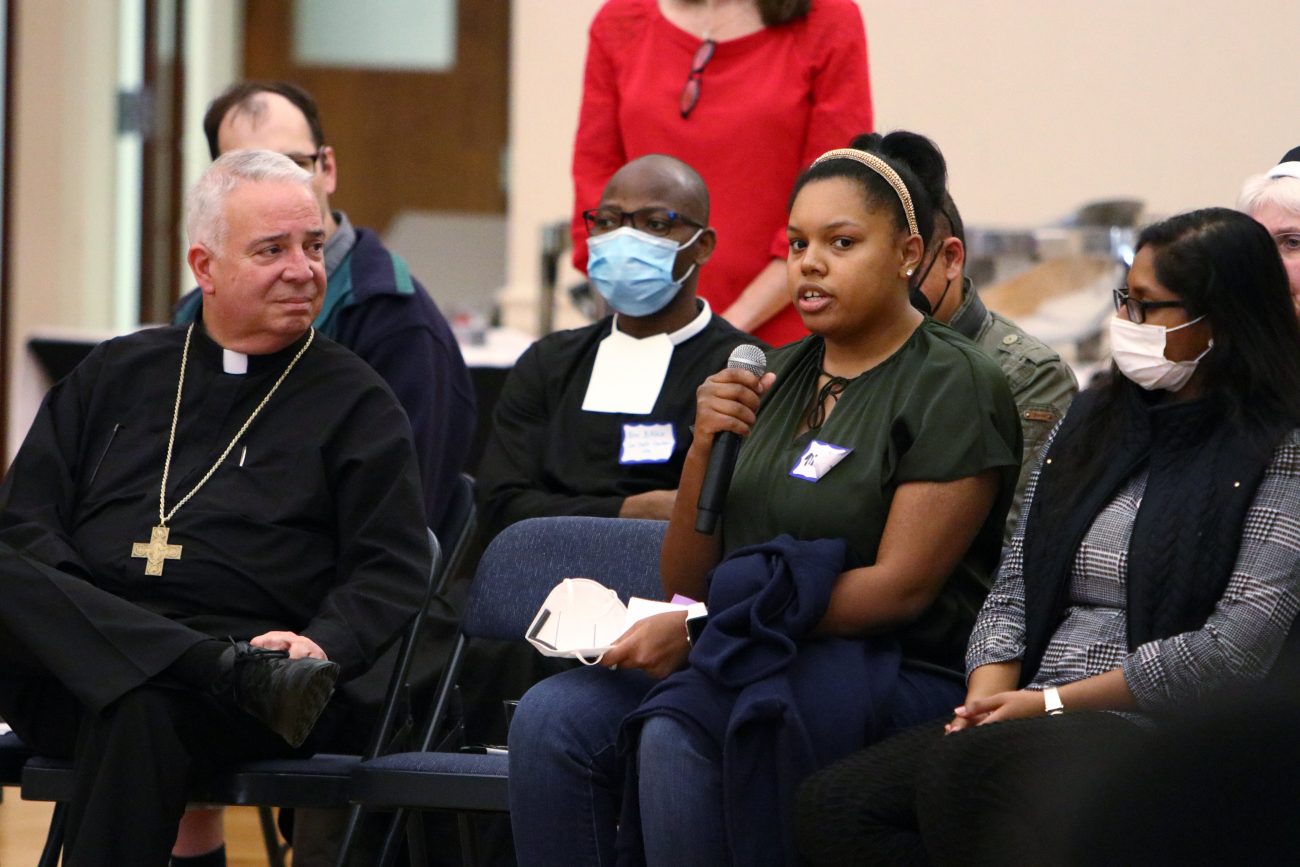 Area faithful say the Catholic Church in Philadelphia is in need of healing, yet remains marked by hope as well as a desire for growth, according to a new report.

Earlier today, the Archdiocese of Philadelphia released its official summary of the diocesan level of the Synod on Synodality.

Launched by Pope Francis in October 2021, the synod — organized around the theme of “communion, participation and mission” – was initially scheduled to culminate at the 15th Ordinary General Assembly of the Synod of Bishops at the Vatican in October 2023.

Pope Francis announced Oct. 16 the assembly would include a second session in October 2024 to allow for “a more relaxed period of discernment.”

Msgr. Brian Hennessy, pastor of St. Alphonsus Parish in Maple Glen, coordinated the eight-month archdiocesan phase of the synod in the five-county Philadelphia area – an initiative that consisted of more than 250 facilitator-led listening sessions conducted both in person and online.

Questions focused on joys and concerns regarding the church, opportunities for listening and dialogue within the church, and the ways in which the church supports faithful in developing a relationship with Christ.

Results were then compiled and distilled by a group led by Msgr. Hennessy, with key themes shared with other dioceses in the region as well as with the U.S. bishops, who recently published a national synthesis of synod responses representing 700,000 participants.

Grateful to be heard, hungry for healing

Local findings largely mirrored those at the national level, with faithful in the archdiocesan regions and throughout the country saying they were grateful for the opportunity to express their views.

“Many participants noted that this was the first time … they had been so intentionally invited to share their voice,” said the Philadelphia Archdiocese summary, adding “most agreed that the Church rarely listens and even discourages the faithful from speaking up at times.”

Consistent with Pope Francis’ goal of creating a “synodal style,” local faithful appreciated the chance “to listen and share without an agenda or focus on outcomes or solutions, as well as great hope that this kind of synodal dialogue and listening will continue in the future.”

Wounds from “scandal, abuse, rejection and lack of welcome” emerged in the archdiocesan sessions, alongside “a deep desire for healing and rebuilding trust, and a yearning for church leaders to engage in dialogue on difficult and controversial issues.”

Area faithful “hunger to be better formed in the ‘why’s’ of the faith,” calling for “greater formation, catechesis and accessible application” of church teaching, with one respondent citing “a plea for direction and even correction from the church.”

The archdiocesan summary revealed a “tension” in faithful’s perceptions of how the church balances charity and clarity in its teaching.

On the one hand, participants sought “more unity and uniformity on church teachings, especially regarding the sanctity of life and sexuality.”

At the same time, they demonstrated “great yearning for the church to be more welcoming, non-judgmental and inclusive, particularly towards women, divorced individuals and the LGBTQ community.”

In addition, the national synthesis highlighted ongoing issues with racism and lack of inclusion for persons with disabilities.

Area faithful also want “to minimize clericalism and the priest-centric focus of parish life” – a shift Pope Francis has long advocated – while “longing for priests to be more accessible and present in the lives of the people.”

Joy for a new generation

On balance, archdiocesan synod participants “find great joy” in participating in the life of the church, which they described as “home” and “a place of refuge anywhere in the world.”

Amid a steep and widely publicized decline in belief in the Real Presence, faithful “shared deep gratitude for the Eucharist.”

Yet Catholics throughout the country lament that same experience is too often unshared by younger generations, and at both the national and local levels, synod participants stressed the need to reach youth and young adults.

The archdiocesan summary spoke of “near universal agreement” that youth and young adult ministry “must be a critical focus for the church going forward.”

Moving from crisis to hope

Following the local phase of the synod, Archbishop Nelson Pérez has established three primary priorities for the Catholic Church in Philadelphia.

The first task is to “move as a local church from crisis to hope,” an initiative that “will be accomplished with a particular focus on restructuring and rebuilding outreach efforts to youth and young adults,” said the report.

Rebuilding the resources of the church and “positioning (it) for the future” is a second goal, one to be attained “by tapping into existing talent, engaging the philanthropic community, and evaluating and refocusing ministries and structures,” the summary stated.

Lastly, the archbishop has called for creating “a culture of missionary discipleship,” in which “both priests and laity alike are invited to renew their vocations,” and commit to ongoing formation and evangelization.

Parishes will also review the archdiocesan summary and develop “three local priorities for building a culture of missionary discipleship.”

The summary noted “there is a desire to continue the conversation” the synod has begun, particularly with regard to “some of the more complex topics raised by the synod feedback.”

The Philadelphia Archdiocese is “exploring ways to create additional opportunities for meaningful and ongoing dialogue,” said the report.

Archbishop Pérez said that process will be “defined by a renewed and continuous openness to the Spirit of God working in us, through us, and sometimes despite us.”

View the official summary of the diocesan phase of the Synod on Synodality in the Archdiocese of Philadelphia.

View the U.S. Conference of Catholic Bishops’ national synthesis of the diocesan phase of the Synod on Synodality, available in English and in Spanish.

PREVIOUS: Pilgrims ‘carry their heart to Mary’s house’ to bring Christ to the world