Bishop of Trenton, N.J., issues catechetical series on the Eucharist 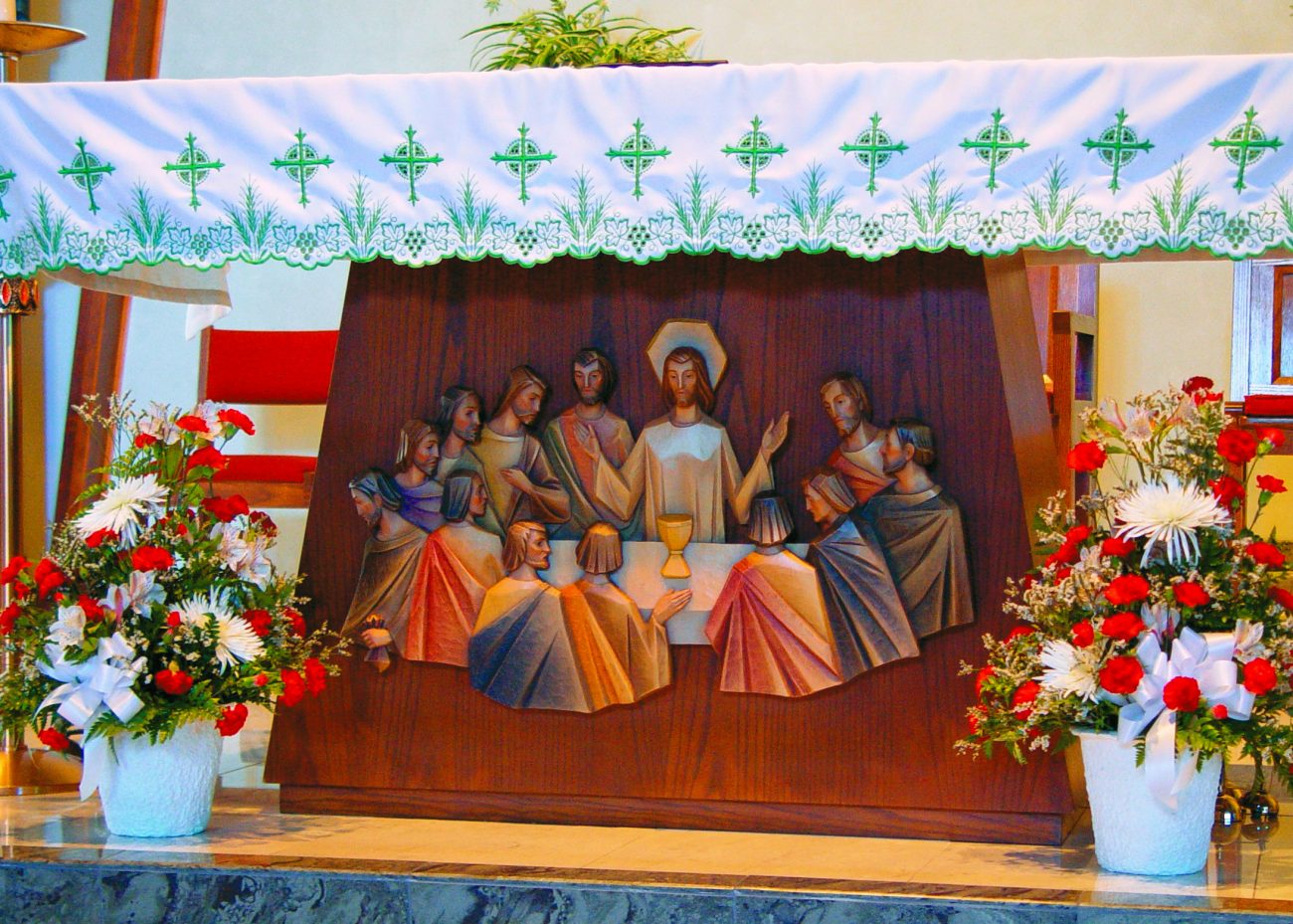 A carving of the Last Supper is seen St. Ann Church, Browns Mills, N.J., in this undated photo. (CNS photo/courtesy The Monitor)

TRENTON, N.J. (CNS) — Trenton Bishop David M. O’Connell has written a new catechetical series on the Eucharist as a resource for the eucharistic revival taking place in the U.S. over the next three years.

In the preface to the five-part series, he said his purpose was to “re-present the Catholic Church’s understanding of the Holy Eucharist as the Lord Jesus Christ’s own Body and Blood.”

The series is available in text, video and as a podcast. The first installment was released Oct. 18, the Feast of St. Luke. Each new installment will drop weekly through Nov. 15. All released content will be available at DioceseofTrenton.org/eucharist-series and the entire series will be published in The Monitor Magazine’s November issue.

The bishop said it is his hope that the series “will help catechize the faithful and dispel recently and widely advertised misunderstandings about the Eucharist.” He said it could be useful in parish or school programs, especially during the National Eucharistic Revival, the three-year initiative to inspire people to encounter Jesus in the Eucharist.

Bishop O’Connell also recalled the recently completed diocesan synod where participants “expressed concern about the lack of good catechesis among many of the faithful on any number of aspects of our Catholic faith and teaching, the Holy Eucharist included.”

He noted that the synod was a time for listening and now, in the midst of the eucharistic revival, a means to follow up on that listening might be to “consider the gift and mystery of the Holy Eucharist.”

Reflecting on both the chief responsibilities of a bishop and the purpose of the catechetical series, Bishop O’Connell stressed: “The role and mission of a bishop in his diocese is to teach, sanctify and govern. If I don’t teach faithfully and effectively, I can’t sanctify. And if I don’t sanctify, I can’t govern.”

The series starts with a reflection on the Eucharist and and emphasis on the importance of catechesis in strengthening belief in the real presence of Jesus in the Eucharist.

The final sections explain how the fundamental belief in the Eucharist has not changed over the centuries and provides insight from Catholic doctrine on the Eucharist drawn from papal and Vatican II documents, and from the U.S. Conference of Catholic Bishops.

“The purpose of referencing all these citations,” said Bishop O’Connell, “is to demonstrate the continuity and constancy of the Catholic Church’s Eucharistic doctrine throughout its history until the present day, despite some heretical attempts in history by ‘reformers’ to establish the contrary. The Catholic Church’s belief in the Holy Eucharist as the Body and Blood of the Lord Jesus Christ has never wavered.”

The conclusion to the series is a lexicon which presents some of the words, terms and expressions used in the Catholic Church to describe or refer to the Eucharist or things associated with its celebration.

The “Catechetical Series on the Eucharist” will be available in English and Spanish at DioceseofTrenton.org/eucharist-series, TrentonMonitor.com; TrentonMonitor.com/peces (Spanish), and it will also be featured on the diocese’s social media accounts.

Morrell is contributing editor of The Monitor, newspaper of the Diocese of Trenton.