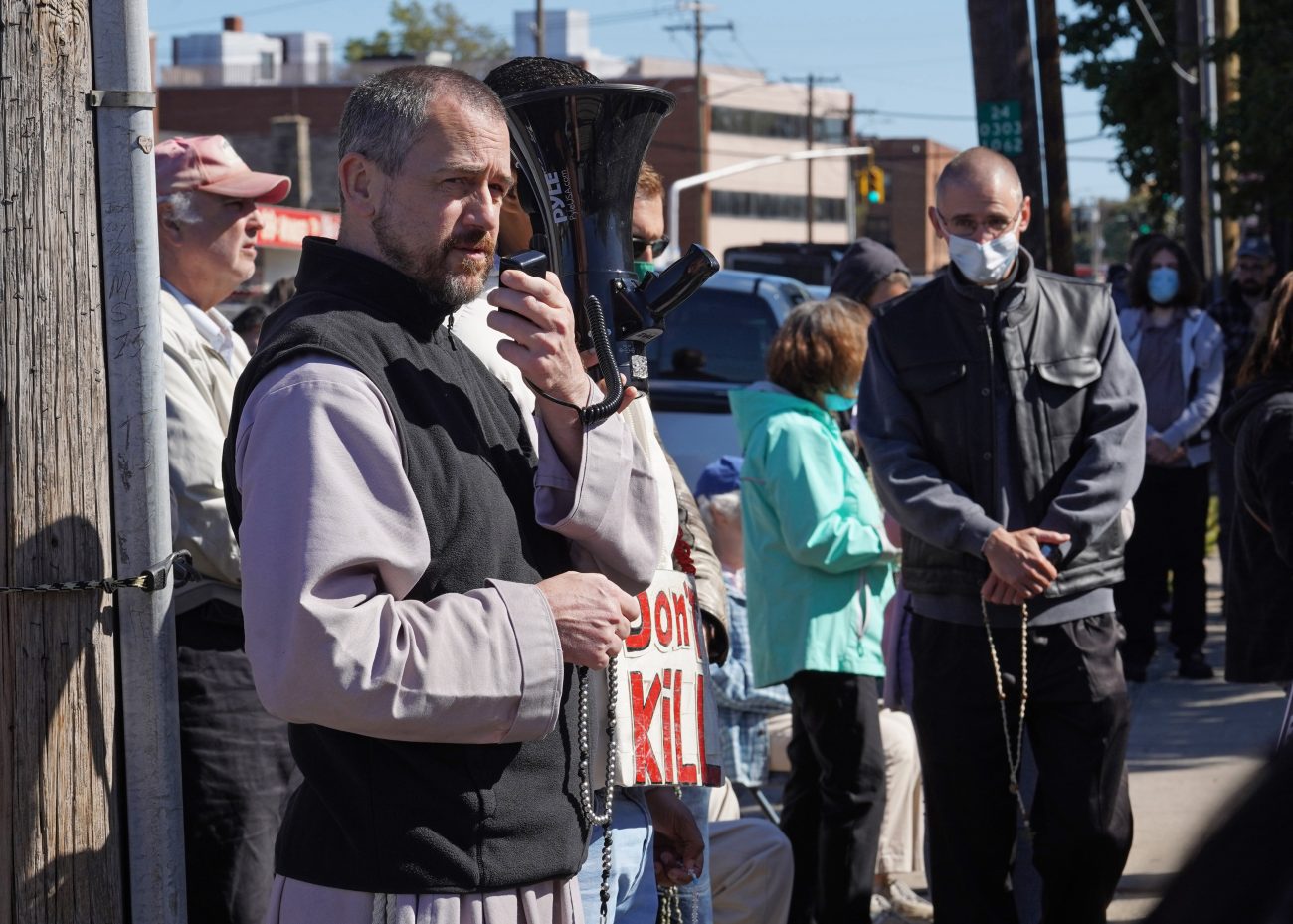 Father Fidelis Moscinski, a member of the Franciscan Friars of the Renewal, leads fellow pro-life advocates in prayer outside a Planned Parenthood center in the Hempstead section of Long Island, N.Y., Sept. 19, 2020. The friar was charged in federal court Sept. 29, 2022, with violating Freedom of Access to Clinic Entrances Act, or FACE Act, for allegedly blocking access to the facility. (CNS photo/Gregory A. Shemitz)

CENTRAL ISLIP, N.Y. (CNS) — Father Fidelis Moscinski, a Franciscan Friar of the Renewal, has been charged with violating the federal Freedom of Access to Clinic Entrances Act, or FACE Act, for allegedly blocking access to a Planned Parenthood of Greater New York facility in the Hempstead section of Long Island, New York.

Father Moscinski, known as Christopher Moscinski in court documents, was arrested Sept. 29 and made his initial court appearance in federal court in Central Islip the same day.

“The defendant attempted to prevent women from accessing their legal right to vital reproductive and pregnancy services,” stated U.S. Attorney Breon Peace of the U.S. Attorney’s Office of the Eastern District of New York.

The 1994 FACE Act prohibits intentional property damage and the use of “force or threat of force or … physical obstruction” to “injure, intimidate or interfere with” someone entering an abortion clinic.

The 52-year-old priest allegedly padlocked the clinic’s entrance gate and blocked access to the clinic with his body.

“This office will enforce federal law to protect clinics and staff that provide reproductive health services while safeguarding the rights of their patients,” Peace said in a statement.

“I commend the local police, firefighters and bystanders who came to the health center’s aid to ensure that it could continue serving the community,” he added.

Months earlier, Father Moscinski was arrested in a similar incident at a Planned Parenthood facility in Westchester County, New York.

After that arrest, the priest told EWTN that his “main motivation was to try to keep that Planned Parenthood closed for as long as possible so that I would have an opportunity to talk to the mothers who were coming in that morning.”

The New York Post said records show that Father Moscinski, who lives in the New York borough of the Bronx, has been arrested several times in recent years in New York and New Jersey for similar actions.

NEXT: HHS urged to ‘reconsider misguided mandate’ on transgender procedures