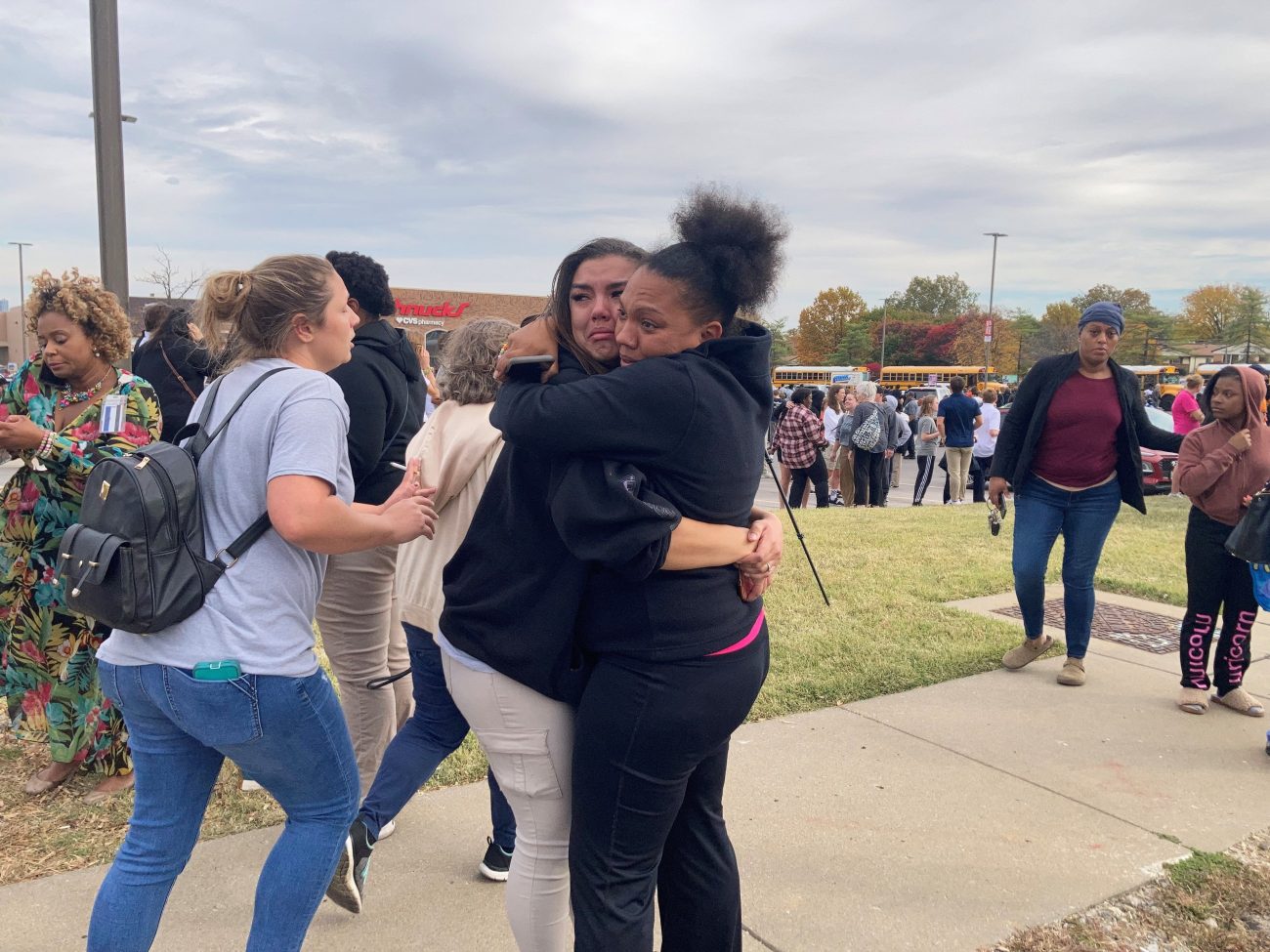 “Once again people in our city have experienced the tragic loss of lives and the trauma of a school shooting,” tweeted Archbishop Rozanski. “I am holding our neighbors in the Central Visual & Performing Arts High School community in my prayers.”

Bishop McKnight, too, extended his prayers.

“Please join me in praying for all affected by the shooting at Central Visual and Performing Arts high school in St. Louis,” he tweeted. “We seek God‘s guidance and comfort as we try to make sense of this tragedy.”

A 61-year-old woman and a 16-year-old student were killed in the incident, said Interim Commissioner of the St. Louis Metropolitan Police Department Lt. Col. Michael Sack. He said authorities responded to the school within minutes of reports of the shooting and entered an area where they heard gunfire and killed the suspect.

Sack identified the gunman as Orlando Harris, a 19-year-old who is said to have graduated from the school last year. He died at a hospital, Sack said.

At least eight people were taken to the hospital with various injuries, he said, but the victims of the subsequent trauma are more than the injured and the dead. They extend to the students who escaped, officers and other first responders who saw the carnage, he said.

Archbishop Rozanski said the shooting was “a sad irony” given that “this tragedy comes the day before the multi-denominational Vigil to Save Children’s Lives and Interfaith Gun Safety Initiative launch.”

Some news reports say students were jumping out of windows and erected barricades as the shooting unfolded.

“It’s terrible to think about. Here is this place where kids go to learn, to grow, to develop and something like this happened, which is heartbreaking,” Sack said during a news conference.

He said officers entered “as kids were fleeing out of the building” and police were trying to locate where the gunfire was coming from.

“They talked to some of the kids who told them that there was a shooter with a long gun,” he said. “The officers began to clear the building looking for the shooter. Upon hearing gunfire, they ran to the gunfire, located the shooter and engaged that shooter. In an exchange of gunfire, the suspect was struck.”

San Antonio Archbishop Gustavo Garcia-Siller, who tended to families who had children killed during a Mass shooting in Uvalde, Texas, in May, also offered condolences on social media.

He has been a constant voice against gun violence and gun control.

“We pray for those who died in St. Louis. Again the use of arms. Why do we kill each other in the U.S.? What’s happening? he asked.

NEXT: Pope names pastor in New Orleans as auxiliary bishop of Atlanta