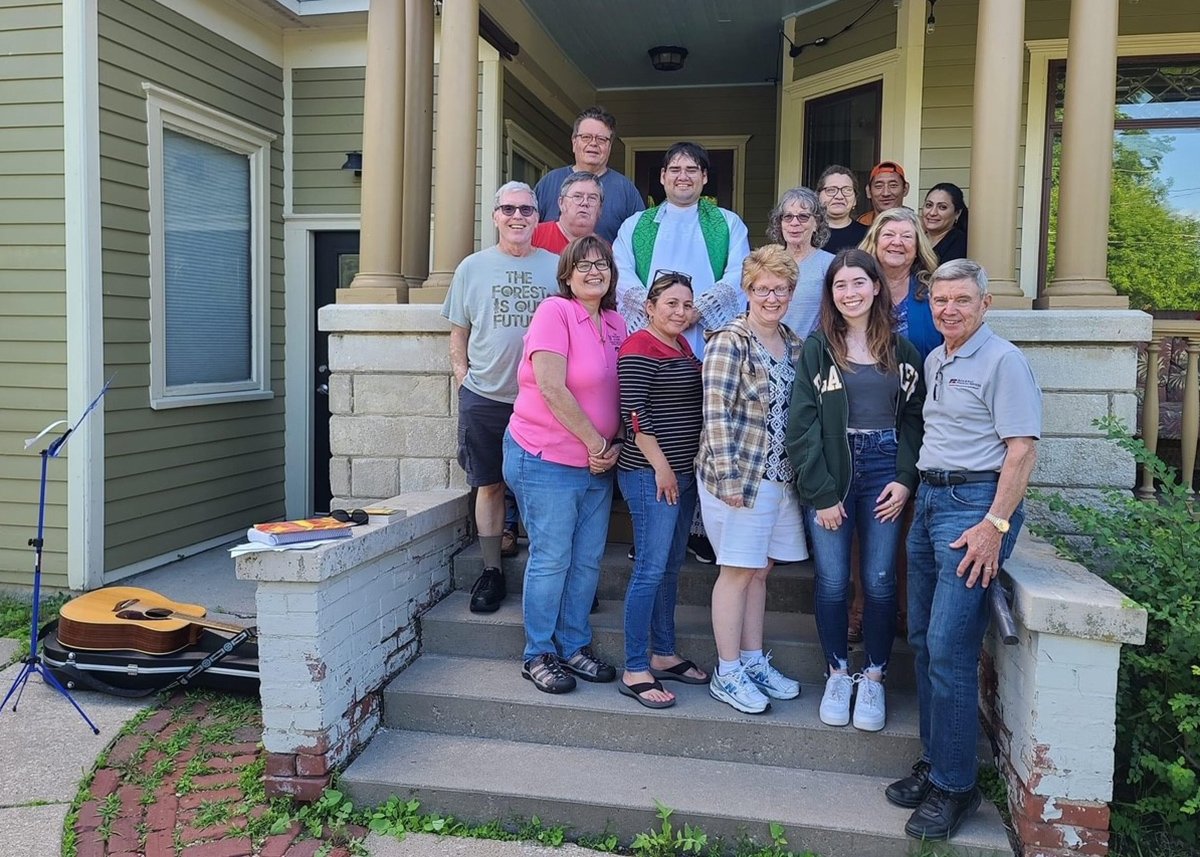 The young priest, then 32 and three years ordained, had lived in the Quad Cities area of the state along the Illinois border. Living a new life as a priest in the Diocese of Davenport posed much uncertainty, he recalled.

Four years later, Father Treviño, pastor since July 2021 of the parish as well as the similarly named St. Joseph Church in nearby Columbus Junction, wouldn’t have it any other way.

Over the past four years, the priest, the son of Mexican immigrants, has cemented close relationships with the parishioners in both communities, where the majority or residents are Latino and many work in the agricultural and meatpacking industries.

His ministry is rooted in serving people whose voice is often overlooked — at least until he helped them form Escucha Mi Voz, Spanish for Hear My Voice. The organization allows people to speak up about their concerns — and then do something to address those needs.

Like getting some of the federal COVID-19 relief funds from which they had previously been excluded because they were not U.S. citizens.

At the urging of Escucha Mi Voz members, the West Liberty City Council in June awarded $700 checks to 200 city residents to help ease the impact of the pandemic on family life.

The organization is an extension of Quad Cities Interfaith, funded by the Catholic Campaign for Human Development. The parent group has existed for several years, addressing issues related to climate justice, policing, immigration and education.

Escucha Mi Voz emerged so people could advocate for themselves. The City Council victory was a major step resulting from people realizing they have the power to effect change, Father Treviño said.

“It took on a life of its own for people to advocate for themselves,” he said of the experience. “They did the work. I just said, ‘Yes,’ to let them meet here (at the parish).”

Those working with Father Treviño said, however, it was he who inspired them to action.

“It’s really a population that is not used to speaking up. In my first talk, I said to them you have a right to say how your feel. If enough of you feel this way, it’s a legitimate cause,” he told Catholic News Service.

He will receive the award at a reception Nov. 15 during the U.S. Conference of Catholic Bishops’ fall general assembly in Baltimore.

The COVID-19 relief aid comes at a time when families continue to struggle with the lingering effects of the pandemic. Two City Council members held out for $1,400 checks, but West Liberty families are celebrating the achievement of getting the $700 checks because parents are better able to provide for their children, Father Treviño said.

Many of the workers receiving financial support did not have the option of remote work during the early months of the pandemic, he explained.

“We need to eat and all the workers that provided us food, they showed how important they are. They didn’t get much of a break. They still had to work. That’s why we’re fighting for them. They were the ones who did everything,” he said.

“They felt they were the ones who kept our country going and without them we would have been in trouble.”

Father Treviño credited Bishop Zinkula for helping him realize that his ministry to Latino immigrants was meant “to get me out of my comfort zone.”

“None of this would have happened in the Quad Cities,” he said.

While his father tried about a dozen times to enter the United States only to be arrested and deported every time but the last, Father Treviño had served in familiar surroundings in the Quad Cities area during the first three years of his priesthood after ordination in 2015. He had lived in the area for 29 years before relocating to West Liberty.

Today, he’s an integral part of the community. He’s involved with the Chamber of Commerce and Rotary Club. He also has connections with the Iowa City Catholic Worker, drawing support from that community for Latino rights, affordable housing and other long-standing social needs.

Father Treviño sees big things ahead for Escucha Mi Voz because people now realize they can make a difference.

“As word spreads and they realize that they do matter, that they do have a say, that’s what’s helping bring a lot of dignity to the organization,” he said. “Most importantly, there’s a trust level that things can get done.”