Pittsburgh bishop: Church is not free ‘to practice what we preach’ 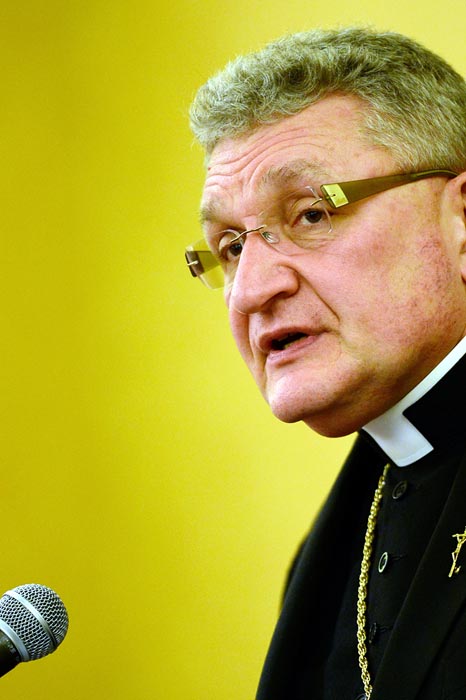 PITTSBURGH (CNS) — A three-judge panel’s Feb. 11 ruling on a court challenge to the contraceptive mandate “says that the church is no longer free to practice what we preach,” Pittsburgh Bishop David A. Zubik said.

The panel of the 3rd U.S. Circuit Court of Appeals reversed a decision by a federal judge last November to grant the Pittsburgh and Erie dioceses a temporary injunction against enforcement of the mandate.

Under the federal health care law, most employers, including religious ones, are required to cover employees’ artificial birth control, sterilization and abortion-causing drugs, even if employers are morally opposed to such coverage.

“I am deeply disappointed in this decision,” Bishop Zubik said in a statement. “Such a ruling should cause deep concern for anyone who cares about any First Amendment rights, especially the right to teach and practice a religious faith. Some of our Catholic beliefs are countercultural.

“Our employees work for us understanding that and, in many cases, giving thanks that they work for an institution that upholds those very values.”

The Pittsburgh and Erie dioceses filed suit against the government over the mandate citing the Religious Freedom Restoration Act and the First Amendment to the U.S. Constitution.

The appeals panel ruling would require Catholic institutions, such as Catholic Charities of the Diocese of Pittsburgh, to facilitate access to contraceptive coverage through its employee health care plans or else face massive fines.

The Pittsburgh and Erie dioceses “maintain that the mandate to facilitate actions that the church deems immoral will create a substantial burden on the free exercise of religious beliefs,” said a news release from the Pittsburgh Diocese.

The panel’s ruling, written by Judge Marjorie Rendell, said the court found that the regulations did not impose a substantial burden on the religious organizations.

The court also disagreed with the U.S. District Court’s conclusion last November that the regulations improperly divided the Catholic Church into two tiers with houses of worship getting an exemption and related religious organizations getting lesser protection. The court also reversed the order granting an injunction for Geneva College in its case. The Geneva case had been consolidated on appeal with the dioceses’ cases.

The Pittsburgh Diocese said Bishop Zubik and his advisers were studying the opinion with their legal counsel and would decide whether to ask for a rehearing of the suit by the full appeals court or to file a petition for a review in the U.S. Supreme Court.

Only those religious employers that meet narrow criteria set by the Obama administration are exempt from the mandate.

Nonexempt religious employers can opt out of providing the coverage using what the administration calls a “work around.” They must notify Health and Human Services in writing of their religious objections. Then HHS or the Department of Labor government in turn tells insurers and third-party administrators that they must cover the services at no charge to employees.

But many religious groups object to the notification, saying they still would be complicit in supporting practices they oppose.