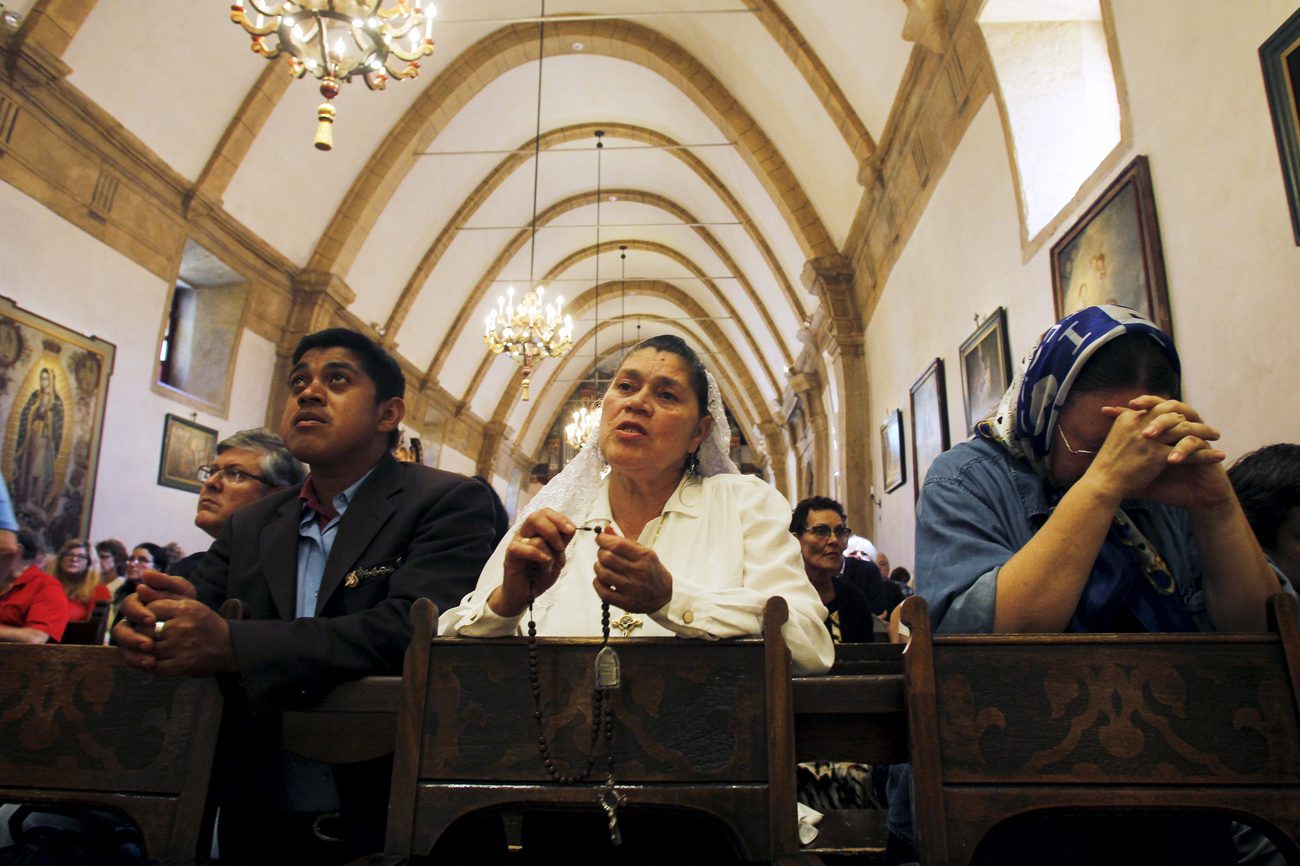 WASHINGTON (CNS) — A recent survey released by two Washington institutions shows a significant division of views on immigration between the two biggest racial and ethnic groups in the Catholic Church of the United States.

One “big picture” thing about Catholics revealed in the survey, said Robert P. Jones, CEO of the Public Religion Research Institute, is that “white (non-Hispanic) Catholics and Latino Catholics are in different universes” on issues such as immigration and other areas of concern in the 2016 election.

They differ on immigration laws, on their level of comfort or discomfort about being around people who speak little or no English, on whether the culture in the United States has changed for the better since the 1950s, said Jones, whose group partnered with the Brookings Institution to conduct the survey of 2,600 participants in May.

“There’s huge divides,” between the two groups of Catholics, Jones said during a June 23 presentation about the findings. A survey from the Center for Applied Research in the Apostolate says 38 percent of those in the Catholic Church self-identify as Hispanic and 54 percent of the national Catholic population self-identifies as white, non-Hispanic, making them the two largest ethnic and racial groups in the U.S. Catholic Church.

Among their differences, the survey found that:

— More than three-quarters, or 77 percent, of Hispanic Catholics favor allowing immigrants who are living in the U.S. illegally an opportunity to become citizens, compared to 55 percent of white Catholics.

— A majority of white Catholics (68 percent) said they are bothered when they come into contact with immigrants who speak little or no English, compared to 17 percent of Latino Catholics who answered the same question. 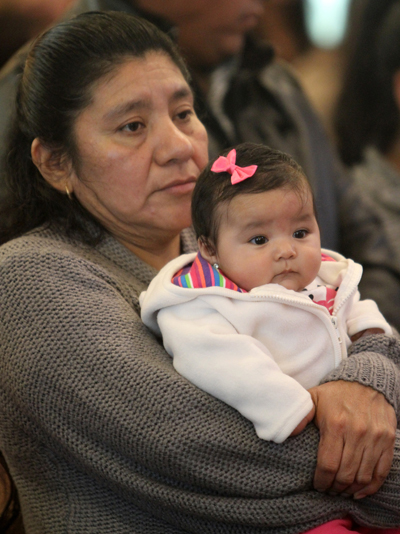 A woman holds a baby during a Spanish-language Mass honoring immigrants at St. John the Evangelist Church in Riverhead, N.Y., in 2011. (CNS photo/Gregory A. Shemitz)

Other findings also show that “when it comes to views about immigrants and certain immigration policies, the views of white Catholics are much more closely aligned with white evangelical Protestants than Latino Catholics,” said Dan Cox, PRRI’s research director. “In this case, race and ethnic background matters more than religious affiliation when it comes to determining views on immigration,” he added.

Though the U.S. bishops, the pope, groups of clergy and religious as well as lay groups have repeatedly spoken against the building of a wall between the U.S and Mexico and the U.S. bishops publicly opposed in December the suggestion of a ban on Muslims from entering the U.S., the survey found that:

Concerns about immigration ranked behind terrorism, unemployment, crime and the cost of education as critical issues in the survey on the 2016 election, but there’s hardly another issue that seems to generate more varied and complex feelings and views. Karlyn Bowman, a senior fellow at the American Enterprise Institute in Washington, was one of six panelists discussing findings from the survey. She said Americans’ views have not been historically favorable on the topic of immigration.

“I’ve never seen a poll in which Americans favored increasing immigration,” she said.

In the late 1930s and early 1940s, Bowman said, Americans were overwhelmingly opposed to allowing European refugees into the United States and opposed to open borders with Great Britain even after the war. Bowman said since 1965, Gallup has asked the same questions on immigration 29 times: Should the numbers of immigrants be kept at present levels? Should they increase or decrease? And the percentage of Americans favoring an increase in immigration has never been higher than 27 percent, she said.

Overall, in the PRRI/Brookings study, just 6 percent of those surveyed said they believe that the current system of immigration is “generally working,” and many expressed various anxieties about immigrants. However, Bowman said, even though “Americans have not now, nor ever, been particularly enthusiastic about immigrants … neither do people want punishment” for them. Of those surveyed, 61 percent said “immigrants in the U.S. illegally should be allowed a way to become citizens, provided they meet certain requirements.”

The results were released on the day the U.S. Supreme Court announced a 4-4 decision — a deadlock — that effectively blocked one such plan set forth by President Barack Obama in 2014. The executive action taken by the president would have temporarily protected unauthorized immigrants from deportation and allowed the parents of citizens or of lawful permanent residents to apply for a work permit. It is known as Deferred Action for Parents of Americans and Lawful Permanent Residents.

The survey, in English and Spanish, was conducted before the June 12 attack on the gay nightclub in Orlando, Florida, which is being investigated as a hate crime and an act of terrorism.