Christianity is the ‘religion of the future,’ cardinal tells Irish audience 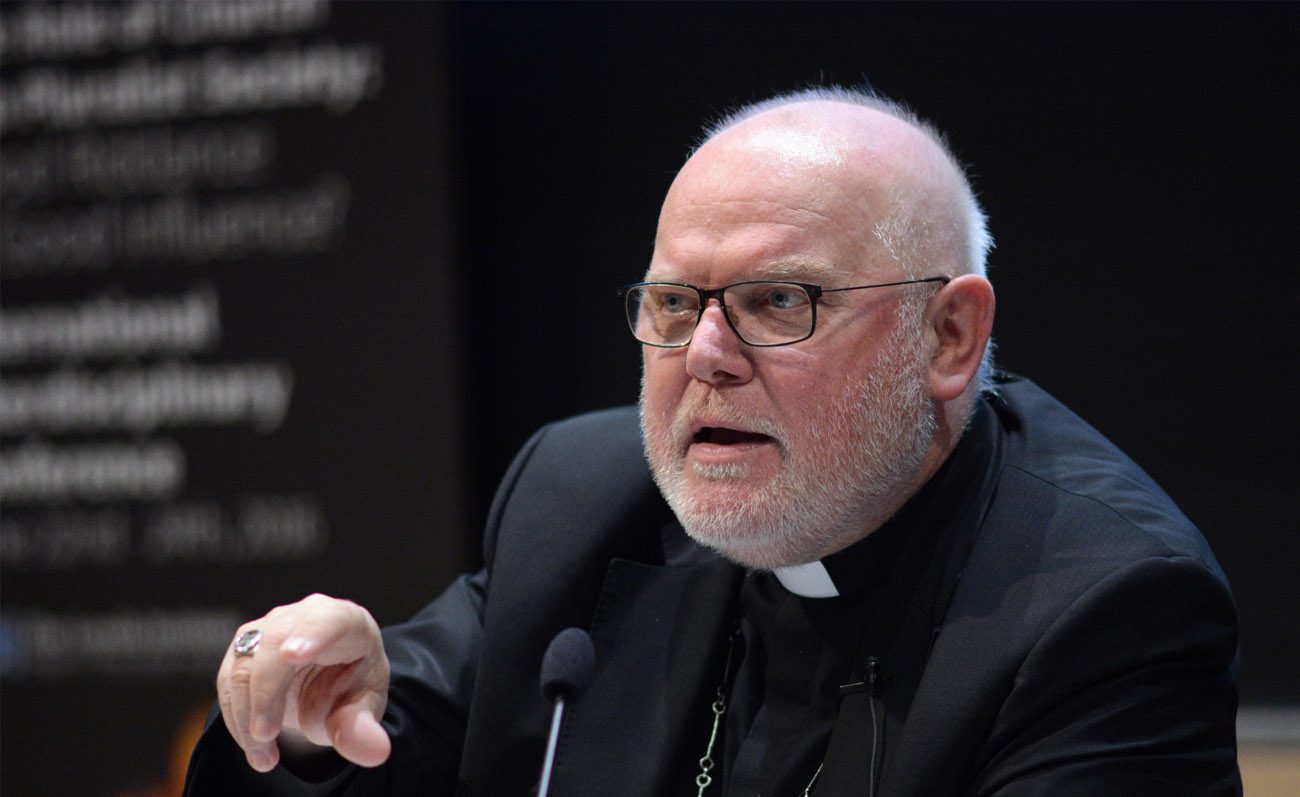 DUBLIN (CNS) — One of Pope Francis’ top advisers said during a visit to Ireland that he believes the Christian faith is “the religion of the future” as he mapped out a role for the church in increasingly complex pluralist societies.

Cardinal Reinhard Marx of Munich-Freising, Germany, a member of the pope’s Council of Cardinals and president of German bishops’ conference, told a packed lecture hall that the Christian faith is not a religion dealing in “magic” things, referring to a 2000 speech by Pope Benedict XVI in Paris.

“It is instrument for a better world and that must be shown, and so it is very important that the church has a positive view of the modern world,” he said during an international conference on “The Church and the Challenge of Freedom” hosted by the Loyola Institute at Trinity College Dublin.

The conference focused on the theme “The Role of the Church in a Pluralist Society: Good Riddance or Good Influence?” and attracted an audience from across Ireland.

Cardinal Marx suggested the church must provide formation to its members to deal with the complex issues they encounter in pluralist societies today and in the future “without forgetting” their faith sources and principles.

Talking about the place of the public church and public theology, Cardinal Marx said that while there were episodes in history “when the Christian faith wasn’t on the right side,” he stressed that “in the future we want to be there in the development of a society which is based on values and responsible freedoms” rooted on the church’s social doctrine and Christian anthropology.

The cardinal, who also is president of the Commission of the Bishops Conferences of the European Community, said he believed the church can be a protagonist in the development of pluralist societies and that its social doctrine was something through which “we can bring our voice in a public way to the development of society.”

He said that church teaching could help the economic world “think beyond capitalism” and challenge an outlook which assesses results only in economic terms.

“What a disaster. I am not against the market economy but for thinking beyond this narrow view that all developments are considered only in relation to the exploitation of capital,” he said.

It is possible that the church will be drawn into discussions on the future of society because of its social doctrine and its consideration of marginalized people, he said, pointing to the efforts of Pope Francis to highlight what he has called an economy of exclusion.

In a separate meeting with reporters, Cardinal Marx addressed the same topic as it relates to the Middle East. “The people of the Middle East say to us our future must be the secular state — not a state that is not interested in religion but open friendly to religion,” he explained.

Expressing concern over the “tendency to want to go back to a dream of society that is more cohesive and simpler” he said future debates would likely be about identity and security not freedom.

Asked if he agreed with a comment by Cardinal Pietro Parolin, Vatican secretary of state, that the passing of the referendum in Ireland last year, which permitted same sex marriage, was a defeat for humanity, Cardinal Marx said he could only talk about Germany.

“We (the church) have our moral position (on marriage) and that is clear but the secular state has to regulate these (same-sex) partnerships and to bring them to a just position,” he said.

He added that the “history of homosexuals in our society is a very bad history because we have done a lot to marginalize them, and so as church and as society we have to say, ‘Sorry.'”

Suggesting that the church should not oppose civil unions, Cardinal Marx said, however, that “marriage is another point,” as he underlined that throughout human history, it had been understood as “a relationship between one man and one woman who are open to give life, and that is a special relationship, I think,” he said.

Speaking to Catholic News Service about Vatican reform, the cardinal said he had told the pope on a several occasions, “We have to de-clericalize the curia and bring in more competent laymen and women and make the church professional.”

He added, “When you see the institutions and the organization of the church, there must be a new relationship between laypeople and clerics.”