Knights of Columbus urges U.S. Catholics to pray novena ahead of election 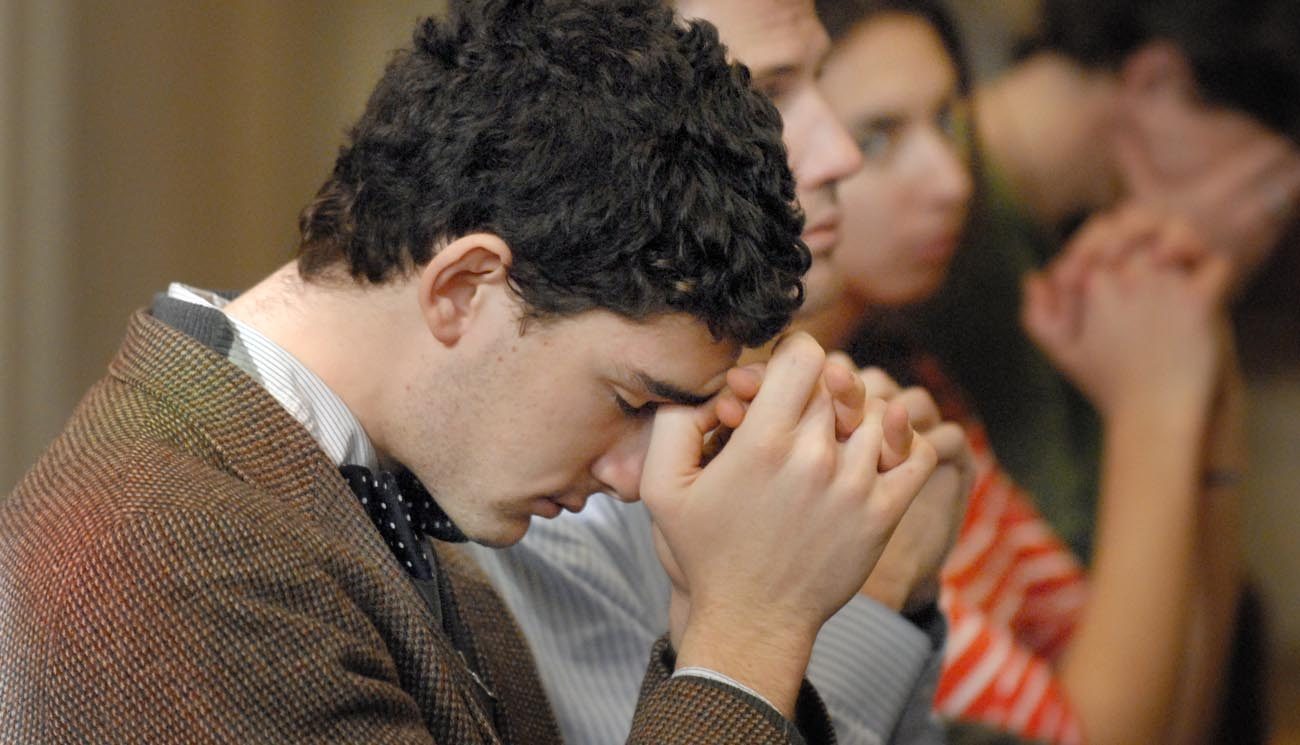 A young man prays during a novena in 2010 at The Catholic University of America in Washington. The Knights of Columbus is urging its members and other U.S. Catholics to pray a novena from Oct. 30 to Nov. 7, the eve of Election Day. (CNS photo/Rafael Crisostomo, El Pregonero)

NEW HAVEN, Conn. (CNS) — The Knights of Columbus is urging its members and other U.S. Catholics to pray a novena from Oct. 30 to Nov. 7, the eve of Election Day.

“The church teaches that Catholics are called to form their consciences based on church teaching and vote in accordance with that well-formed conscience,” said Supreme Knight Carl Anderson, who is CEO of the international fraternal organization based in New Haven.

“Pope Francis has said in reference to the U.S. election that we should ‘study the proposals well, pray and choose with your conscience,’ and this novena is designed to help Catholic Americans do that,” Anderson said in a statement.

The Knights’ novena — nine consecutive days of prayer — asks the intercession of Mary, the mother of Jesus, under her title of the Immaculate Conception. Individuals, families, councils and parishes are all invited to participate, the Knights said.

Mary Immaculate is the patroness of the United States. In 1791, Archbishop John Carroll of Baltimore, the first bishop of the United States, dedicated his diocese to her. The first U.S. diocese, it covered the entire country. In 1846, the U.S. bishops reaffirmed that dedication and Pope Pius IX ratified it in 1847.

Here is the text of the novena:

“Most Holy Trinity, we put the United States of America into the hands of Mary Immaculate in order that she may present the country to you. Through her we wish to thank you for the great resources of this land and for the freedom which has been its heritage.

According to the Knights, the prayer was written for the 1959 dedication of the Basilica of the National Shrine of the Immaculate Conception in Washington, which includes a bell tower known as the Knights Tower. The Knights of Columbus donated money for the tower’s construction.

PREVIOUS: Pope Francis an honored guest of National Park Service during his visit

NEXT: Nuncio at border Mass prays for an end to barriers that separate people