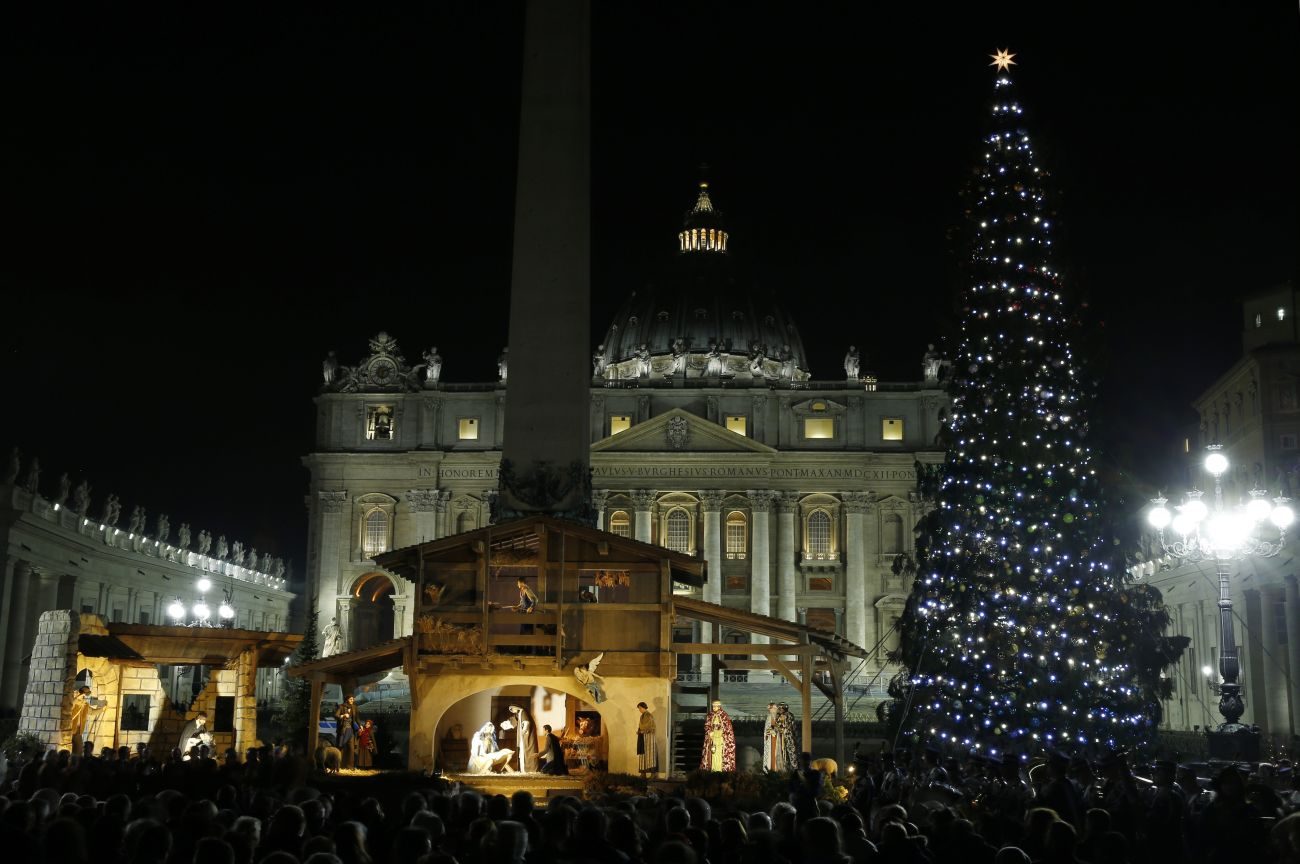 VATICAN CITY (CNS) — The Vatican’s Christmas tree and Nativity scene will feature unique designs and decorations highlighting several issues close to Pope Francis, including care for the environment, the sick and migrants.

An 82-foot spruce tree will be the centerpiece of the Vatican’s Christmas holidays, the governing office of Vatican City said.

The tree will be harvested Nov. 13 in the Lagorai forest near Scurelle in the northern province of Trent and will benefit from a unique gesture in keeping with the pope’s call for the care of creation: Elementary school students “will plant nearly 40 new spruce and larch seedlings in a nearby area where some trees affected by parasites fell in autumn,” the governing office said.

The Vatican added that the tree will be adorned with handmade ornaments featuring drawings made by children receiving treatment at several Italian hospitals.

“These children, with their parents, participated in a ceramics recreational therapy program” organized by the Countess Lene Thune Onlus Foundation, a nonprofit organization dedicated to therapeutic recreation for young boys and girls suffering from oncological and hematological disorders, the Vatican said.

While the towering tree and its decorations will come from Italy, the Nativity scene will be donated by the government and Archdiocese of Malta. Artist Manwel Grech beat out several local artists in a contest held last year to determine the Nativity scene’s designer.

Grech will join representatives from Trent and Malta, as well as several children who designed the Christmas tree ornaments, in an audience with Pope Francis the morning of Dec. 9, before the tree-lighting ceremony.

Measuring an astounding 55 feet wide, the Nativity scene will feature 17 figures dressed in traditional Maltese attire as well as replica of a “luzzu,” a Maltese boat.

The boat, the Vatican’s governing office said, “not only represents tradition — fish and life — but also, unfortunately, the realities of migrants who in those very waters sail on makeshift boats to Italy.”

The lit tree will remain in St. Peter’s Square until the feast of the Lord’s Baptism Jan. 8, the Governorate of Vatican City State announced Nov. 9.

NEXT: USAID looks to Vatican to join effort in reducing infant deaths