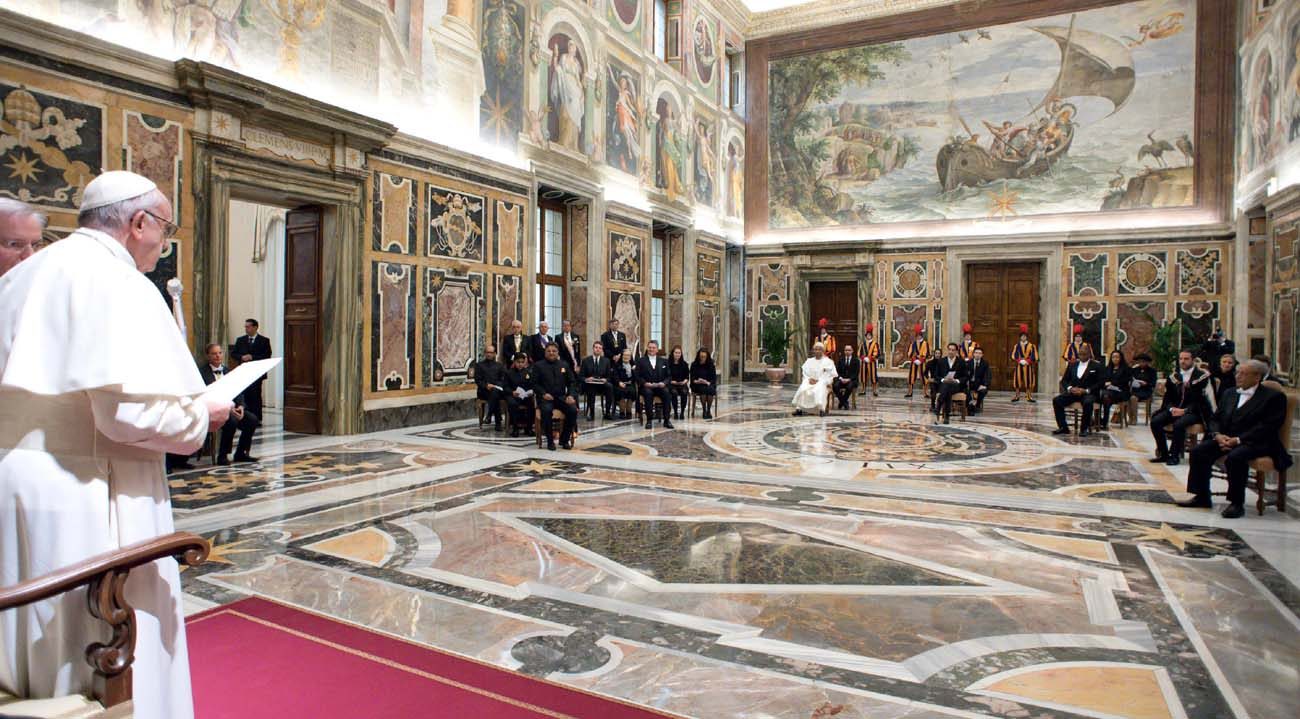 In a speech Dec. 14 to seven new diplomats accredited to the Vatican, the pope said young people today need to learn “the delicate art of diplomacy and the arduous craft of nation-building.”

“Passing this precious legacy on to our children and grandchildren will not only secure a peaceful and prosperous future, but will also meet the demands of intergenerational justice and of that integral human development that is the right of every man, woman and child,” he said.

The pope welcomed the new ambassadors — who came from Yemen, New Zealand, Swaziland, Azerbaijan, Chad, Liechtenstein and India — and noted the “constructive role” their diversity plays in addressing the challenges facing today’s world, such as threats to the environment as well as “violent fundamentalist ideologies and regional conflicts, which often appear under the guise of opposing interests and values.”

Diversity, he added, is not the “cause of these challenges to peaceful coexistence.”

“Indeed, the centrifugal forces that would drive peoples apart are not found in their differences but in the failure to set out on the path of dialogue and understanding as the most effective means of responding to these challenges,” the pope said.

Pope Francis said the presence of the new diplomats at the Vatican is a reminder of the necessary role that dialogue plays in “enabling diversity to be lived in an authentic and mutually enhancing way in our increasingly globalized society.”

“A commitment to dialogue and cooperation must be the hallmark of every institution of the international community, as well as of every national and local institution, for all are charged with the pursuit of the common good,” the pope said.

NEXT: Pope: Helping refugees means converting hearts hardened against them