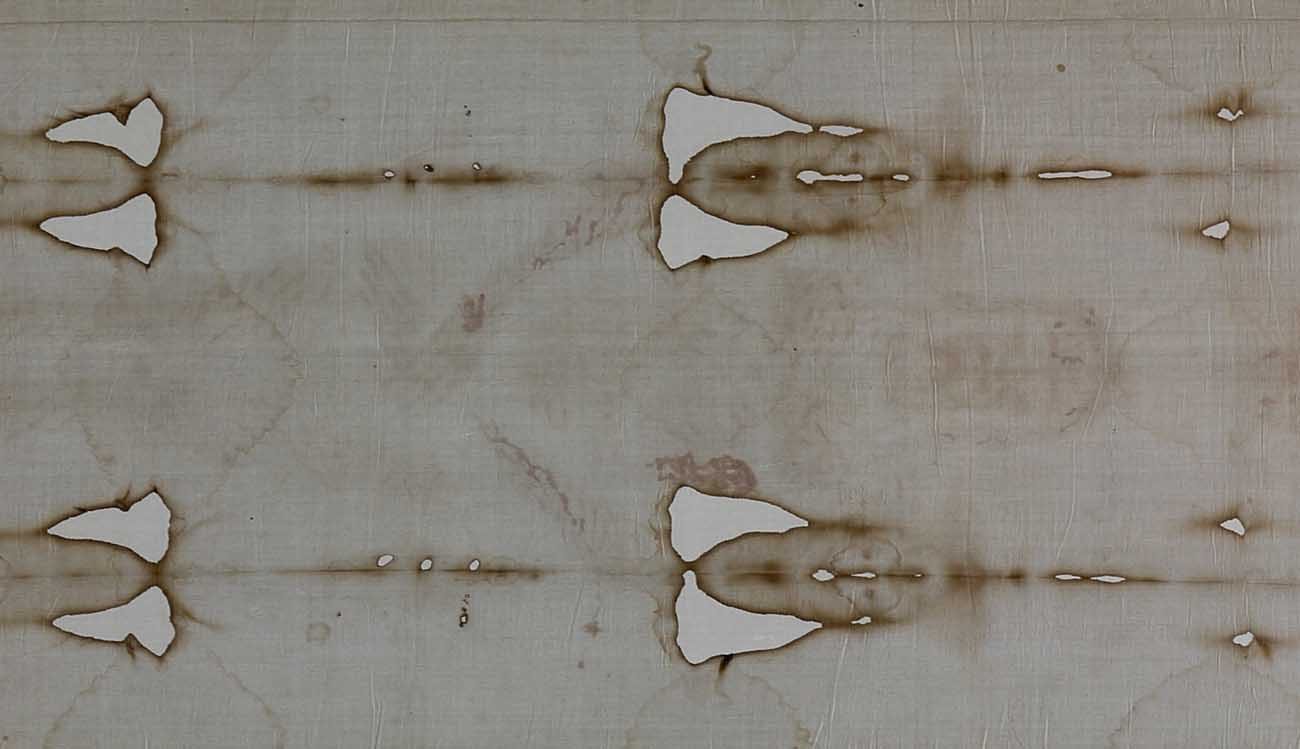 A detail view of the Shroud of Turin is seen in 2015 during a preview for journalists at the Cathedral of St. John the Baptist in Turin, Italy. A leading expert on the cloth, believed to be the burial shroud of Jesus, dismissed a new study claiming that blood patterns on the shroud are not consistent with those left by a crucified person. (CNS photo/Paul Haring)

VATICAN CITY (CNS) — A leading expert on the cloth believed to be the burial shroud of Jesus dismissed a new study claiming that blood patterns on the shroud are not consistent with those left by a crucified person.

In an interview with Vatican News July 17, Emanuela Marinelli, an expert on the Shroud of Turin, said “there was nothing scientific” about the experiments conducted by Matteo Borrini, an Italian forensic scientist, and Luigi Garlaschelli, an Italian chemist.

“Does it seem like a scientific criterion to take a mannequin — like the ones used to display clothes in a store window — and a sponge soaked in fake blood attached to a piece wood that is pressed on the right side of a dummy to see where the streams of blood fall?” Marinelli asked.

“If this is considered science, I guess I’ll just have to take my degree in natural sciences and throw it away,” she said.

The study, which was conducted in 2014 and published in the Journal of Forensic Sciences July 10, claimed the blood patterns on the hands are “only consistent with a standing subject with arms at a 45 degree angle” while the blood stains emanating from the right side of the chest — believed to be from the lance that pierced Christ — “are totally unrealistic.”

The 14-foot-by-4-foot shroud has a full-length photonegative image of a man, front and back, bearing signs of wounds that correspond to the Gospel accounts of the torture Jesus endured in his passion and death.

Garlaschelli posted a video of the scientific experiment on YouTube in 2015 using a live person to study the blood patterns in various positions as well as pressing a sponge against a plastic mannequin to examine the way the fake blood flowed.

Marinelli, however, said the experiments conducted by Borrini and Garlaschelli lacked the accuracy of past studies involving cadavers of men who died of hemopericardium, the pooling of blood in the heart, which is believed to be what ultimately caused Jesus’ death on the cross.

Those accurate studies, she told Vatican News, “yielded different results from those of Borrini and Garlaschelli.”

The church has never officially ruled on the shroud’s authenticity, saying judgments about its age and origin belonged to scientific investigation. Scientists have debated its authenticity for decades, and studies have led to conflicting results.

A 1988 carbon testing dated the cloth to the 12th century, leading many to conclude that the shroud is a medieval forgery. However, scientists have challenged that claim by noting that the methodology of the testing was erroneous and that the sample used in the carbon dating process was a piece used to mend the cloth in the Middle Ages.

Citing a 2009 Reuters interview with Garlaschelli, in which he admitted that another experiment meant to disprove the shroud’s authenticity was funded by an Italian association of atheists and agnostics, Marinelli told Vatican News that studies that question the veracity of the Shroud of Turin are often funded by ideological groups with clear agendas.

“It is undeniable that there are groups hiding behind some of these (studies) that want people to believe that the shroud is a false historical” artifact, Marinelli said. “There is a certain sense of annoyance toward a true shroud by those who not only want to deny Christ, but also his resurrection.”