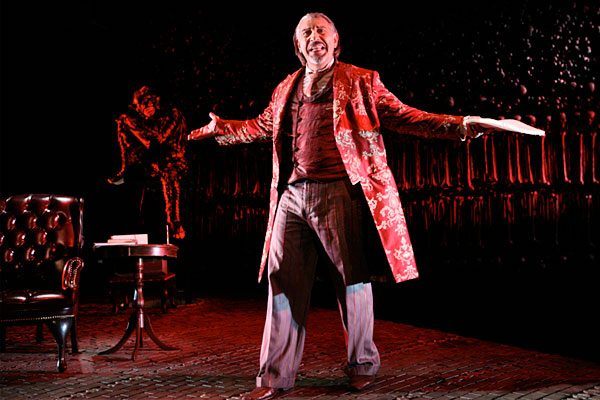 Max McLean stars as Screwtape in the title role of "The Screwtape Letters" by C.S. Lewis in an adaptation for the stage.

Philadelphia is in for a rare but brief treat Oct. 19-20 — a nationally acclaimed stage presentation of C.S. Lewis’s “The Screwtape Letters” at the Merriam Theater, Kimmel Center.

Over the past several years it has had successful runs in Chicago, Washington and New York, where it had 309 performances. Now it is in the process of a national tour that sees it in a different city each weekend.

Presented by the Fellowship of the Performing Arts, it stars Max McLean (who is also co-adapter and co-director) in the title role of Screwtape, an arch demon from hell whose expertise is tempting human beings, to their ultimate damnation.

As presented by McLean, it is a two-person play, Screwtape and his assistant, Toadpipe, with Screwtape the only speaking role, at least with intelligible speech. Realistically, this is probably the best way to present “The Screwtape Letters” dramatically, because the book itself presents several challenges.

The central plot device is a series of 31 letters of instruction written by Screwtape to an unseen nephew, Wormwood, who is a neophyte demon charged with corrupting the soul of a young man, but experiencing difficulties along the way.

As originally written by Lewis in 1942, “The Screwtape Letters” was not intended to be a book; the letters were printed in serial form in an Anglican Church publication.

Plain and simple, the purpose of the letters were to present the various means used by Satan and his minions to lead people away from God, and Lewis does this masterfully.

The author himself was astounded by the popularity of “The Screwtape Letters,” something that has not diminished over the past 70 years.

Going into it, Lewis “did say he thought it would be fun; he thought it would be useful from a Christian perspective,” McLean said in an interview. After the fact in a 1960 preface, Lewis wrote, “But although it was easy to twist one’s mind into the diabolical attitude, it was not fun and not for long. The strain produced a sort of spiritual cramp.”

Indeed, Lewis’s contemporary and friend, J.R.R. Tolkien, thought it dangerous to delve too deeply into the minds of devils and told him so.

“Tolkien was trying to discourage Lewis from writing it,” McLean said, but in spite of this in book form it was dedicated by Lewis to Tolkien, something which may suggest his sense of humor, McLean suggests.

Lewis’s Screwtape is himself certainly witty, but in a mean way. He is thoroughly and unmistakably evil.

For his source Lewis says in his preface he leaned more toward the demons of Dante’s “Inferno,” rather than those of Milton or Goethe, who can be viewed more sympathetically. 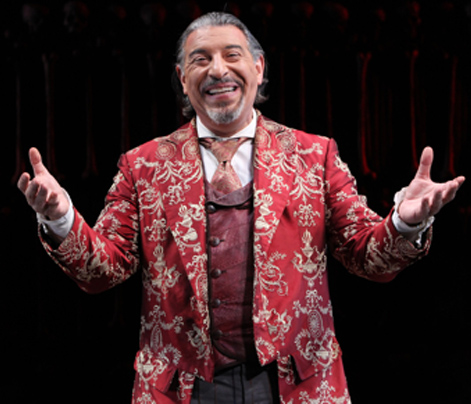 “He liked Dante’s devils best for their rage, spite and obscenity,” McLean said.

For himself, McLean, as the actor, does not share the depression Lewis felt in the creation of “The Screwtape Letters.”

“When you play an evil character and it is very, very believable and you do believe he is after your soul, I believe the reaction is to defend yourself, and to go the other way,” he said.

For McLean some of Screwtape’s best lines really show Lewis’s insight both into evil and human nature.

For example in letter 20, “It’s funny how mortals picture us as putting things into their minds. Our best work is done by keeping things out.”

Perhaps most telling are the closing lines of letter 12: “The safest road to hell is the gradual one. The gentle slope, soft underfoot, without sudden turnings, without milestones, without signposts.

Tickets for the Oct. 19-20 performances at the Merriam can be purchased through ScrewtapeOnStage.com or through the box office at 215-893-1999.

Lou Baldwin is a freelance writer and member of St. Leo Parish in Philadelphia.

PREVIOUS: ‘The Words’: A talky film for literature lovers

NEXT: ‘The Master’: An unsuitable descent into the mind of a cultist and his follower