Christians, Muslims must give joint witness for peace, pope says 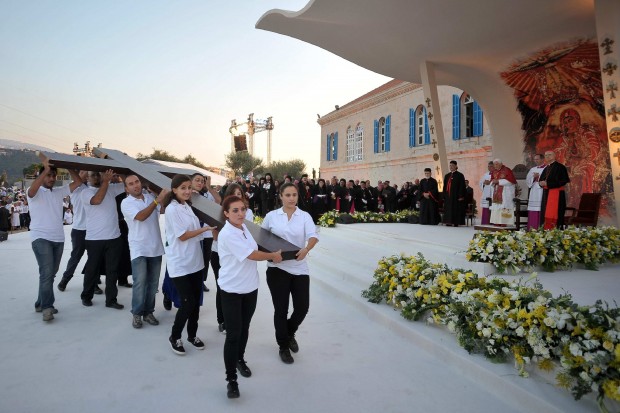 VATICAN CITY (CNS) — Pope Benedict XVI said his three-day trip to Lebanon convinced him that now is the time for Christians and Muslims to bear witness together against violence and in favor of dialogue and peace.

In Lebanon, he said, Muslims “welcomed me with great respect,” and their presence at each of his public events “gave me an opportunity to launch a message of dialogue and cooperation between Christianity and Islam.”

“I believe the time has come to give a sincere and decisive witness together against divisions, against violence and against war,” the pope said Sept. 19 at his weekly general audience.

Reviewing his Sept. 14-16 trip to Lebanon, the pope told an estimated 7,000 people gathered in the Vatican audience hall that the “relaxed and constructive climate” of meetings with Lebanese religious leaders, government officials and crowds made up of Christians and Muslims was “a strong sign of hope for the future of humanity.”

The general audience opened with the reading — in six languages — of a passage from the Gospel of St. John: “My peace I leave with you; my peace I give to you.”

Pope Benedict said that despite the current tensions in the Middle East, particularly because of the continued fighting in Syria, he was strongly committed to making the trip “because I was convinced that a father must be alongside his children when they face serious problems. I was motivated by a deep desire to proclaim the peace the Lord left his disciples.”

Lebanon’s tradition of different religions not only coexisting in peace but working together for the good of the country must be treasured, strengthened and seen as an example for the whole region, the pope said.

“In the face of the dramas and sufferings that continue in the Middle East,” he said he wanted to show his support for “the legitimate aspirations” of the region’s people. “I am thinking in particular of the terrible conflict tormenting Syria and causing thousands of deaths and a flood of refugees fleeing in a desperate search for safety and a future.”

At a general audience attended by dozens of groups of high school and university students from around the world, Pope Benedict said he was especially touched by the festive atmosphere that marked his meeting Sept. 15 with young people from Lebanon and surrounding countries.

“Watching young Christians and Muslims celebrating together in great harmony, I urged them to build together the future of Lebanon and the Middle East, and to oppose together violence and war. Agreement and reconciliation must be stronger than the temptations of death.”

The pope said he returned to Rome convinced that sincere faith and a desire to do God’s will can and must be the basis for social harmony because faith in God gives birth to true peace. 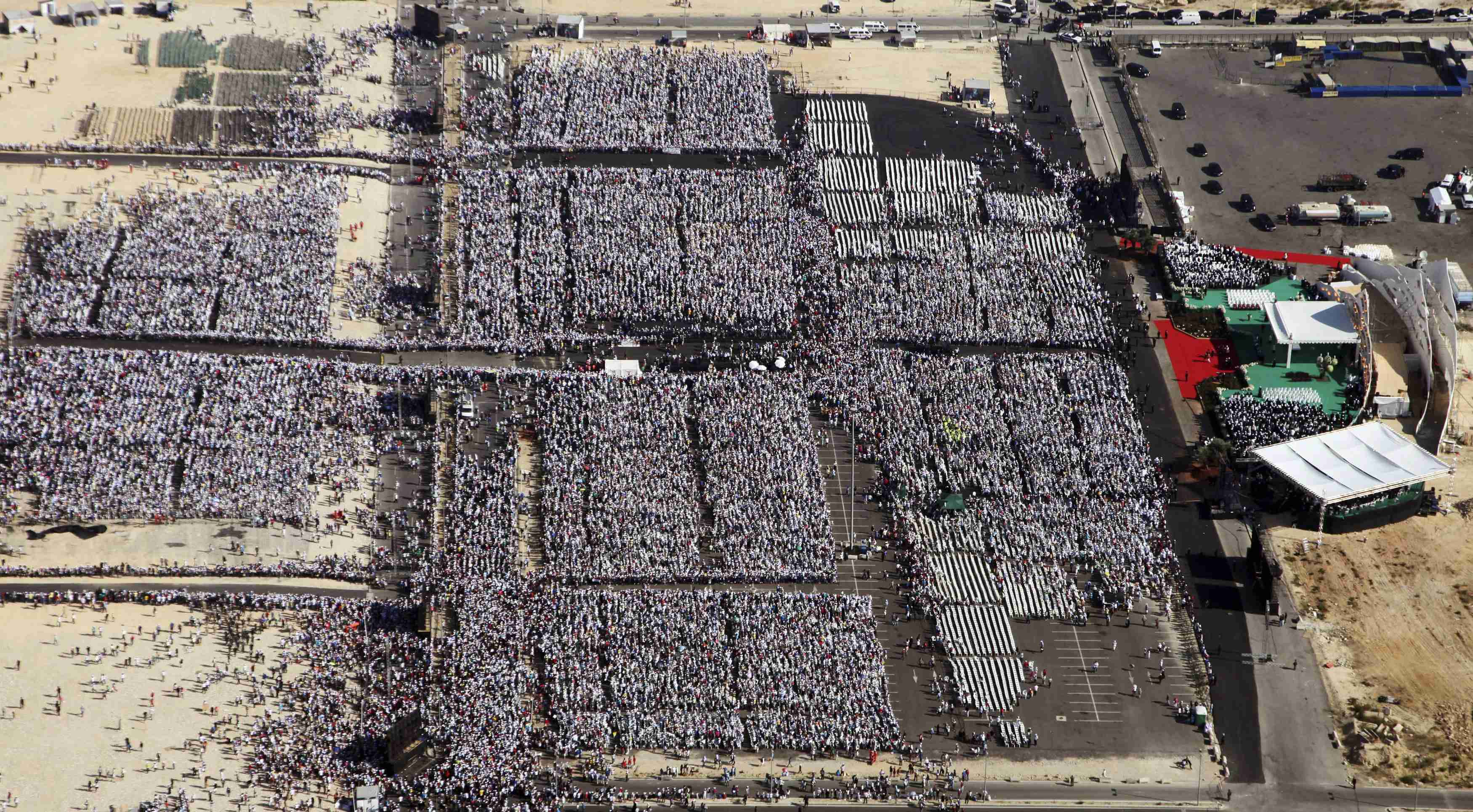 A crowd of at least 350,000 people is seen in an aerial view as Pope Benedict XVI celebrates Mass on the waterfront in Beirut Sept. 16. During the service the pope called on Christians to be "servants of peace and reconciliation in the Middle East." (CNS photo/pool via Reuters)