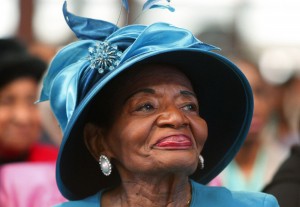 Speaking to a crowd estimated at a million gathered on Capitol Hill, down Pennsylvania Avenue and along the National Mall, Obama called the public to “shape the debates of our time not, only with the votes we cast, but with the voices we lift in defense of our most ancient values and enduring ideals.”

He went on to define his oath of office: “The oath I have sworn before you today, like the one recited by others who serve in this Capitol,” he said, “was an oath to God and country, not party or faction. And we must faithfully execute that pledge during the duration of our service.”

In a speech that was phrased less in concrete policy objectives than in broad philosophies, he started by linking the words of the Declaration of Independence to the realities of modern life.

“We hold these truths to be self-evident; that all men are created equal; that they are endowed by their creator with certain unalienable rights; that among these are life, liberty, and the pursuit of happiness,” he quoted from the declaration.

“History tells us that while these truths may be self-evident, they have never been self-executing,” Obama said. “That while freedom is a gift from God, it must be secured by his people here on earth.”

“(W)hile freedom is a gift from God, it must be secured by his people here on earth.”

He added that the patriots of 1776 “did not fight to replace the tyranny of a king with the privileges of a few or the rule of a mob. They gave to us a republic, a government of, and by and for the people, entrusting each generation to keep safe our founding creed.”

Among the shared values and ideals he referenced were teaching children for the demands of the future and addressing an imbalance of prosperity and poverty.

“We are true to our creed when a little girl born into the bleakest poverty knows that she has the same chance to succeed as anybody else, because she is an American; she is free, and she is equal, not just in the eyes of God but also in our own,” Obama said.

He also referenced sustaining the medical care system for the poor and elderly, and preserving the planet “commanded to our care by God.”

Obama’s day began with a service at St. John’s, located across Lafayette Square from the White House.

The Rev. Luis Leon, the rector of the Episcopal church who later gave the benediction at the inauguration, welcomed participants, noting that the church had hosted 11 such pre-inaugural events.

Among religious leaders participating in the event was Washington Cardinal Donald W. Wuerl, who read the Gospel — Chapter 6, verses 25 to 34, of Matthew. The Rev. Andy Stanley from North Point Community Church in Alpharetta, Ga., gave the sermon, and he touched on the story of Jesus — the “most powerful person in the room” — washing his disciples feet, and telling them afterward, “You should also wash each other’s feet.”

Obama took his oath of office on two historic Bibles, the one used by Abraham Lincoln and the traveling Bible used by the Rev. Martin Luther King Jr. The date of the inauguration coincided with the federal holiday marking Rev. King’s birthday. At the request of Rev. King’s family, Obama and Chief Justice John Roberts, who administered the oath of office, inscribed the Bible after the ceremony.

In his benediction, Rev. Leon prayed for God’s blessing on the nation to see it through problems including “suspicion, despair and fear of those different from us,” and for the blessing to “see that we are created in your image, whether brown, black or white, male or female, first generation or immigrant American, or Daughter of the American Revolution, gay or straight, rich or poor.”

He concluded with a brief blessing in Spanish.

In her prayer at the inauguration, Myrlie Evers-Williams, the first laywoman to give an inaugural invocation, also asked for blessings on the president, vice president, members of Congress and members of the armed forces.

Evers-Williams, the widow of civil rights leader Medgar Evers, who was killed by a white supremacist in 1963, also asked God’s blessing on families.

“We invoke the prayers of our grandmothers, who taught us to pray, ‘God, make me a blessing,’ Let their spirit guide us as we claim the spirit of old,” she prayed. 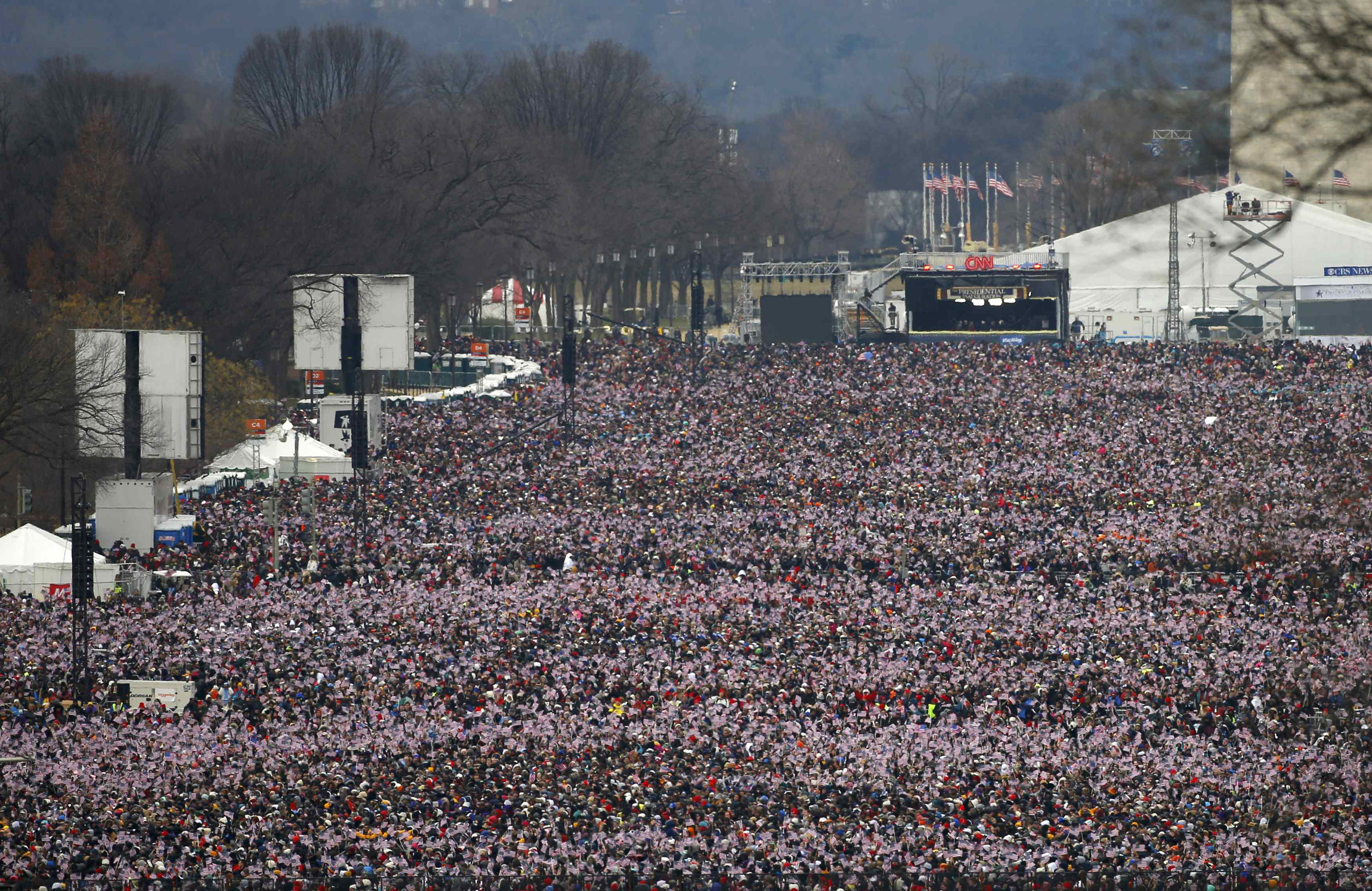 PREVIOUS: Faith groups begin to muster their members in support of gun controls