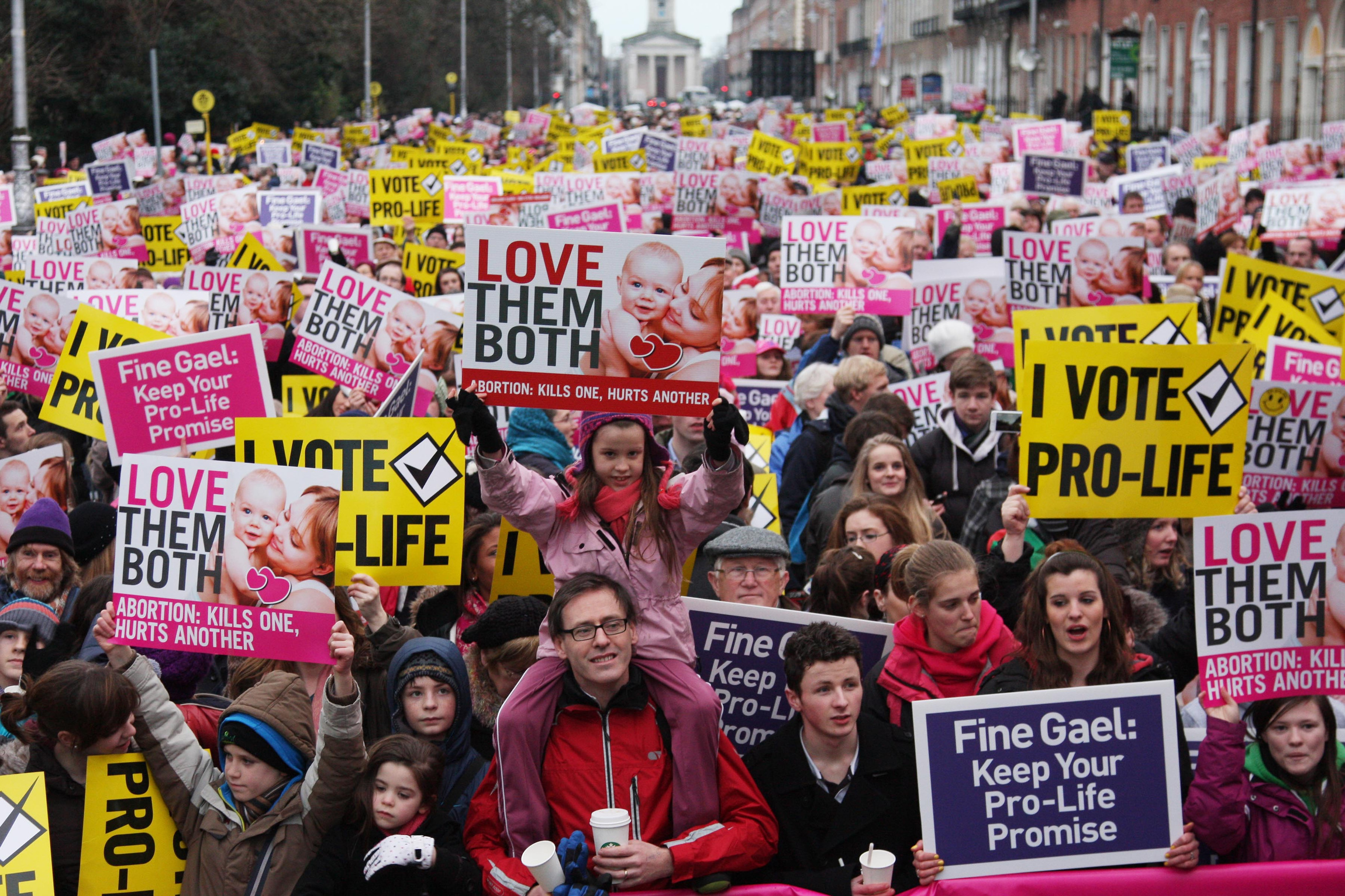 DUBLIN (CNS) — In the wake of the largest pro-life demonstration ever to have taken place in Ireland, cracks have begun to emerge in the coalition government over its plans to legislate for abortion.

More than 25,000 people converged on Dublin Jan. 19, braving bitterly cold weather, to attend the “Unite for Life” vigil in the capital’s Merrion Square, just opposite the Irish parliament.

Before the vigil, Dublin Archbishop Diarmuid Martin joined more than 1,500 priests, religious and laity at a prayer service at St. Andrew’s Church in the city center to pray for “the child in the womb.”

The “Unite for Life” rally was organized by a coalition of pro-life groups opposed to the government’s plans to introduce legislation to allow for restricted abortion when there is a risk to a woman’s life, including a threat of suicide.

The massive turnout appeared to take politicians and the mainstream media by surprise, and by Jan. 21, Minister for European Affairs Lucinda Creighton revealed that she was working on an alternative abortion bill that would exclude the threat of suicide as a reason to allow the procedure.

“There are so many people the length and breadth of this country who never get a chance to mobilize their voice — people want the status quo to remain and to keep Ireland a safe place for a pregnant mother and her unborn baby.”

Speaking on RTE Radio, Creighton said she had “grave reservations” about accepting the risk of suicide as a ground for abortion “because I think it is very, very difficult to identify a system that would allow for that while also ensuring we don’t open the floodgates.”

She said she and many of her colleagues in the Fine Gael party had “deep concerns” over abortion, and she said the government needed to ensure that whatever legislation it introduced was “restrictive.”

Vigil organizers included groups such as the Pro Life Campaign, Family and Life, Youth Defence and the Life Institute. Leaders urged the crowd to become citizen journalists and tweet images from the rally, and #unite4life trended on Twitter.

A separate pro-abortion rally held just around the corner attracted about 200 supporters.

One of the speakers who addressed the “Unite for Life” vigil was lawyer and Pro Life Campaign spokeswoman Caroline Simons. She told the crowd, some of whom had spent up to four hours traveling by bus to be there, that the recent parliamentary hearings on abortion had “completely demolished” claims by the government that abortion was needed to treat threatened suicide.

“The psychiatrists who addressed the hearings were unanimous that abortion is not a treatment for suicidal ideation,” she told the crowd, who held up placards saying, “Fine Gael: Keep your pro-life promise,” a reference to the major party in the coalition’s pledge ahead of the last election not to introduce abortion legislation. Other placards urged people to “Love them both,” a reference to the equal right to life of mother and baby as recognized by the Irish Constitution.

“We are here to oppose the unjust targeting of even one unborn child’s life in circumstances that have nothing to do with genuine life-saving medical interventions,” said Gaelic football manager Mickey Harte of Tyrone.

Speaking to Catholic News Service after his address, Harte said there was “a groundswell of opinion to maintain the status quo in Ireland and not make abortion legal.” He urged the Irish government to “listen very intently” to what the people were saying to them. “There are so many people the length and breadth of this country who never get a chance to mobilize their voice — people want the status quo to remain and to keep Ireland a safe place for a pregnant mother and her unborn baby.”

Another organizer, John Smyth of Pro Life Campaign, told CNS he thought government leaders were “going to have to sit up and listen.”

NEXT: Pope: ‘No’ to gender philosophy, ‘yes’ to supporting human dignity