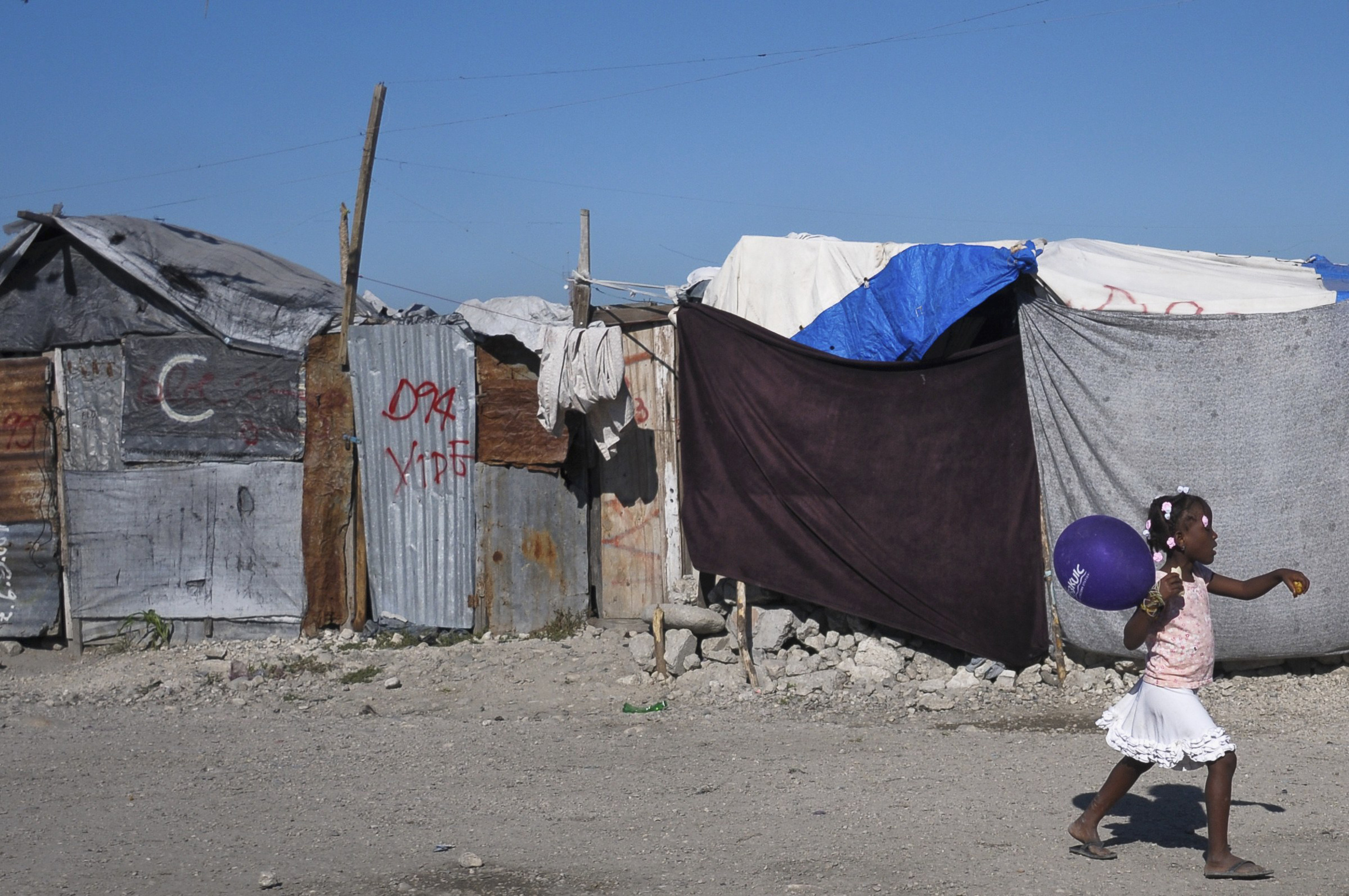 WASHINGTON (CNS) — Soon after a monstrous earthquake devastated much of Haiti three years ago, the mantra among Haitian government leaders and a good share of relief and development agencies was “build back Haiti better.”

It was somewhat catchy, of course, and certainly demonstrative of the resiliency of a country battered all too often by Mother Nature.

As the Jan. 12 anniversary of the quake approached, the “build back” slogan has faded from most discussions, but the work of rebuilding — in reality building — a country has moved ahead even if progress has been slow and difficult to measure.

More troublesome is the continuing sense of frustration among Haitians –especially among the 360,000 who remain in tent camps, according to the International Organization for Migration — who see little visible change in their lives or their surroundings.

“Haiti is not going to become a middle-income country overnight,” acknowledged Eileen Wickstrom Smith, deputy coordinator for assistance in the Office of the Haiti Special Coordinator at the U.S. State Department, in a teleconference with reporters Jan. 9.

Given that reality, the emphasis on development has turned to sustainability and building the capacity of Haitians from all walks of life to overcome the devastating poverty that has strangled the Caribbean nation for much of its 200-year history.

Haiti’s needs were overwhelming before the earthquake claimed 316,000 lives displaced 1.5 million people. A cholera epidemic broke out nine months after the quake, claiming 7,939 lives and afflicting more than 638,000 people. Throw in hurricanes Isaac and Sandy, which devastated a large part of Haiti’s agricultural lands in 2012 and it seems like Haitians can’t catch a break.

Haiti’s needs were overwhelming before the earthquake shook the Haitian landscape and claimed 316,000 lives while displacing an estimated 1.5 million people. The catastrophe amplified the problems: lack of infrastructure, especially water and sanitation; a shortage of safe and affordable housing; little access to health care; and poor coordination across the education sector.

Matters became more complicated nine months after the earthquake when a cholera epidemic erupted when the water-borne disease was introduced by Nepalese troops who are part of the U.N. stabilization forces, MINUSTAH, in the country. Through Jan. 6, cholera had claimed 7,939 lives and afflicted more than 638,000 people, according to the Haitian Ministry of Health and Population.

Throw in hurricanes Isaac and Sandy, which devastated a large part of Haiti’s agricultural lands in 2012 and it seems like Haitians can’t catch a break.

In developing responses to these calamities, Catholic organizations, such as Catholic Relief Services, Jesuit Refugee Service and the U.S. Conference of Catholic Bishops, along with the U.S. government and the United Nations now speak in similar terms. They stress that the answers to Haiti’s future lie with Haitians themselves.

“We want to build things with Haitians for Haitians, and it takes a little longer,” Darren Hercyk, country representative in Haiti for CRS, explained in an interview from Port-au-Prince, the Haitian capital. “In the end I have not found a problem where all parties have not bought into it.”

Hercyk said the earthquake changed the way CRS approaches its work from being primarily in rural areas to one with a major presence in urban programming. For example, CRS is tackling the rebuilding of St. Francis de Sales Hospital, which was destroyed in the earthquake, into a 200-bed state-of-the-art teaching facility. The U.S. bishops’ overseas relief and development agency has partnered with the Haitian Ministry of Health and the Catholic Health Association to carry out the project.

The goal, Hercyk said, is to network the rebuilt hospital with others across the country for the delivery of care and the training of future doctors and nurses.

Other key partnerships identified by Hercyk include a Catholic education program and the development of affordable and safe housing to move people still living in squalid tent camps scattered across the country.

Thanks to a recently completed nationwide assessment of 2,315 Catholic schools that enroll more than 600,000 children, about 20 percent of Haiti’s school-age population, CRS and the University of Notre Dame will be able to develop school-specific programs, Hercyk said.

Meanwhile, at the USCCB, the focus is on building the capacity of clergy, bishops included, to identify leaders in their faith communities and manage ministries with an eye toward the future.

Father Juan Molina, director of the U.S. bishops’ Office for the Church in Latin America, told Catholic News Service that some Haitian bishops have visited U.S. dioceses at the invitation of the USCCB to see how ministries are carried out, parishes are managed and vital fundraising is conducted.

“I think Haiti has a lot of human and other resources that are untapped, but because of the present situation there is no coordination,” Father Molina said. “If we can garner especially the human resources and an image that can help everyone go beyond the present desperation and see a Haiti that can work, I think we’ve done our job of supporting our brothers and sisters in Haiti.”

Hand-in-hand with capacity building is an effort by JRS to take a holistic approach to development through projects in local communities.

Work largely along the Haitian-Dominican Republic border, JRS has undertaken a series of efforts to bring water to subsistence farmers in communities where the nearest clean water source was more than three hours away on foot. By piping in water, farmers can grow crops year-round rather than just during the rainy season and young girls can attend local schools rather than making daily treks for far-off water for family needs, said Mary Small, assistant director for policy at JRS in Washington.

Such projects can be duplicated nationwide, Small told CNS, reducing the need for Haitians to flee illegally into the Dominican Republic looking for work and a better life.

While such programs are beneficial, the State Department’s Smith admitted huge challenges remain for Haiti.

At a U.N.-sponsored meeting of donor nations two months after the earthquake governments pledged $5.3 billion through 2011 and a total of $9.9 billion through 2014 for Haiti’s rebuilding. Less than half those amounts have come through. Smith acknowledged that there has been a “slowness of donors to make good on pledges.”

“Much work remains to be done,” she said.

NEXT: ‘Listen to the streets’ on marriage, says French bishops’ spokesman