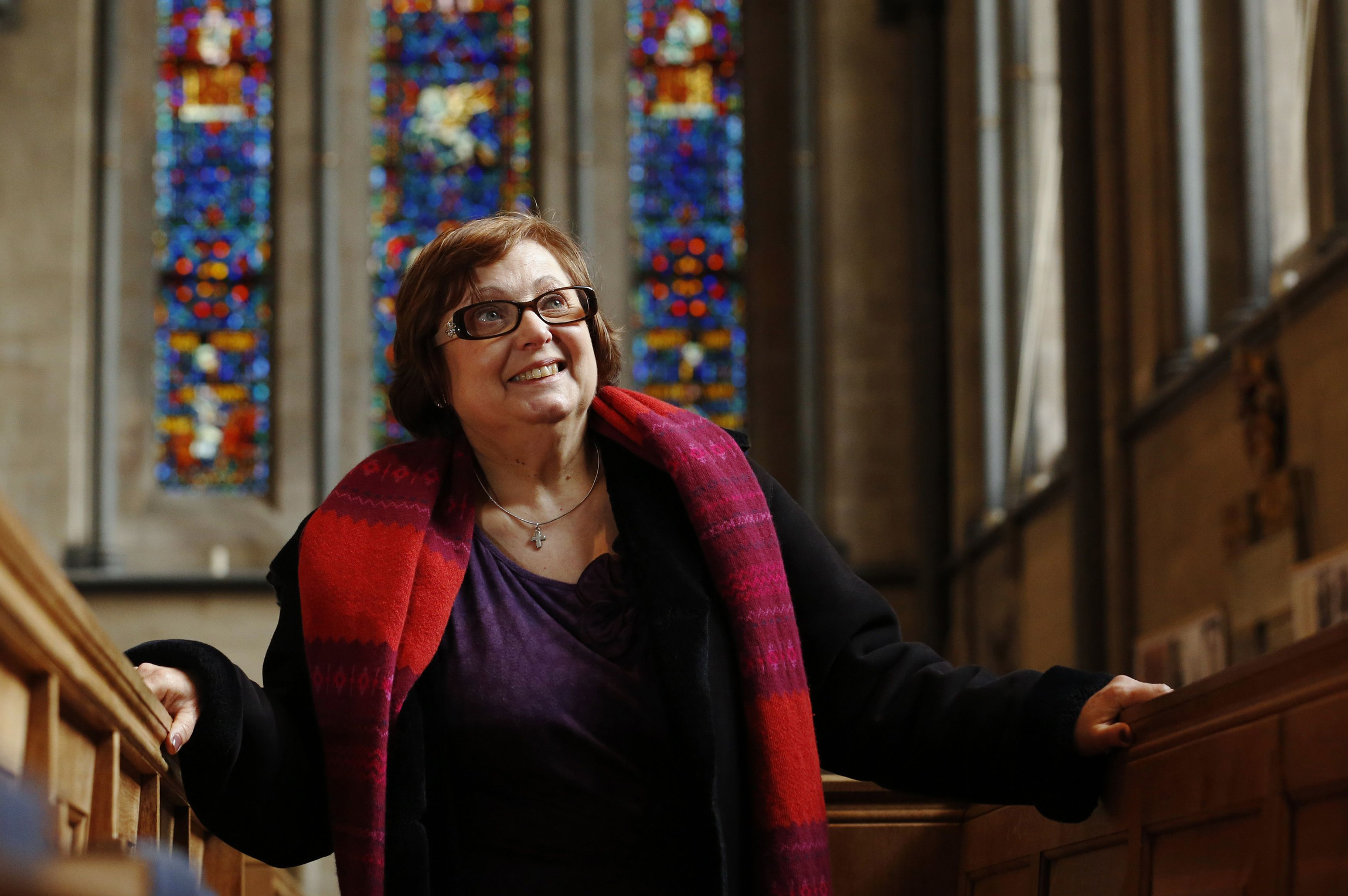 Nadia Eweida, 60, a Coptic Christian, poses for a photograph in the Temple Church in London Jan. 15. (CNS photo/Luke MacGregor, Reuters) 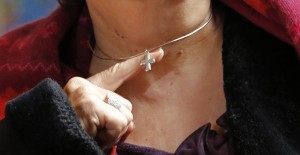 Nadia Eweida, 60, a Coptic Christian, displays her cross in the Temple Church in London Jan. 15. Eweida, an employee who was asked by British Airways to remove the cross from around her neck, has won a religious discrimination case at Europe’s human rights’ court, but three other claimants lost similar cases. (CNS photo/Luke MacGregor, Reuters)

VATICAN CITY (CNS) — While applauding the European Court of Human Rights’ recognition of the right of a British airline employee to wear a cross on her uniform, the Vatican lamented the court’s denial of the full right of conscientious objection in other cases claiming religious discrimination in the United Kingdom.

Archbishop Dominique Mamberti, the Vatican secretary for relations with states, said the cases demonstrate how “questions relating to freedom of conscience and religion are complex, in particular in European society marked by the increase of religious diversity and the corresponding hardening of secularism.”

No matter how complex the questions, though, “regarding morally controversial subjects, such as abortion or homosexuality, freedom of consciences must be respected,” the archbishop said in an interview Jan. 16 with Vatican Radio.

The archbishop was commenting on the European court’s ruling Jan. 15 on four claims of religious discrimination against English Christians.

The court found that Nadia Eweida, 60, a Coptic Christian, suffered discrimination when she was told by British Airways, her employer, to stop wearing a cross on her uniform.

“Recent equality legislation has not led to greater respect for difference but to the punishment of difference of opinion.”

But the court dismissed the cases brought by Gary McFarlane, a relationships counselor fired after he said he had a moral objection to offering therapy to same-sex couples; Lillian Ladele, a registrar who objected to presiding over civil partnership ceremonies for same-sex couples; and Shirley Chaplin, 57, a nurse who said she was forced from her job for wearing a cross in breach of uniform policy.

McFarlane and Chaplin said they would appeal the judgment at the court’s Grand Chamber.

The court decided that in the case of Eweida there had been a violation of Articles 9 and 14 of the European Convention on Human Rights, which protect freedom of thought, conscience and religion and prohibit unjust discrimination. It awarded her $2,670 in compensation and a further $40,000 in costs.

The four took their fight to Europe after the highest British courts defended their former employers.

In fact, Archbishop Mamberti said, “rather than being an obstacle to the establishment of a tolerant society in its pluralism, respect for freedom of conscience and religion is a condition for it.”

The archbishop quoted Pope Benedict XVI’s Jan. 7 speech to diplomats serving at the Vatican: “In order effectively to safeguard the exercise of religious liberty it is essential to respect the right of conscientious objection.”

Moral relativism is becoming the predominant social norm in Europe, he said, and there is a real risk that it will “undermine the foundations of individual freedom of conscience and religion.”

The archbishop said, “the erosion of freedom of conscience” seen in the European court’s decisions also is an expression of “pessimism with regard to the capacity of the human conscience to recognize the good and the true.”

But the church, he said, affirms that “every person, no matter what his beliefs, has, by means of his conscience, the natural capacity to distinguish good from evil and that he should act accordingly. Therein lies the source of his true freedom.”

NEXT: Bishop in Mali says people in hiding, afraid to enter churches