Two brothers from the Russian region of Chechnya suspected in the April 15 Boston Marathon bombings are seen in a handout photo released through the FBI website April 18. The two men terrorized the Boston area overnight April 18, allegedly killing a Massachusetts Institute of Technology security officer.
One suspect, shown below at right and identified as Tamerlan Tsarnaev, 26, was apparently shot dead by police. The other, Dzhokhar A. Tsarnaev, 19, remained on the loose, police said, and was armed and dangerous.
A massive lockdown of Boston and nearby areas remained in effect April 19 as officers searched homes and other buildings for the suspect. 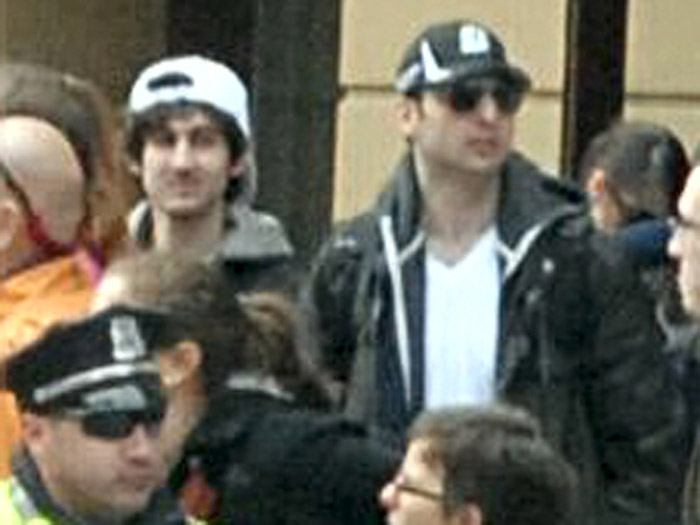