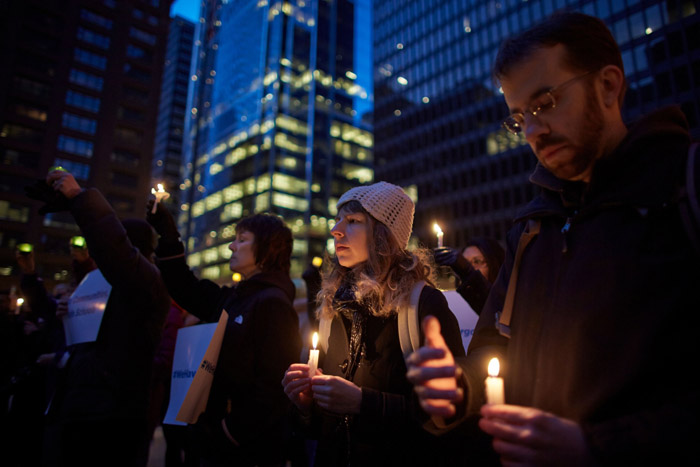 WASHINGTON (CNS) — Bishop Stephen E. Blaire of Stockton, Calif., said the U.S. Senate’s failure “to support even modest regulations on firearms” is “a failure in moral leadership to promote policies which protect and defend the common good.”

The head of the U.S. bishops’ Committee on Domestic Justice and Human Development expressed “deep disappointment” that the lawmakers failed to pass gun-control legislation.

On April 17, the Senate failed to pass amendments to a firearms measure that would have expanded background checks for gun purchases, increased penalties for gun trafficking, reinstituted an assault weapons ban and imposed restrictions on civilian access to high-capacity ammunition magazines.

Bishop Blaire noted that many of the provisions of the bill enjoyed bipartisan support.

On April 10, the day before debate began, Sen. Joe Manchin, D-W.Va., and Sen. Patrick Toomey, R-Pa., announced a compromise deal on the background-checks provision of the bill.

These checks would not have applied to unadvertised gun sales, according to the compromise. Further, gun owners who have passed background checks within the past five years for a concealed-carry permit can use that permit to buy guns in other states. The compromise would have relaxed some restrictions on hunters traveling with their guns through states that ban them. It also would have allowed active members of the military to buy firearms in their home states; the practice is illegal when they are stationed outside their state.

The bishop said in his letter that the U.S. Conference of Catholic Bishops has been “working with other faith leaders and organizations urging Congress to support legislation that builds a culture of life by promoting policies that reduce gun violence and save people’s lives in homes and communities throughout our nation.”

“Though we are disappointed, we will continue our efforts to work with Congress and other people of good will to advocate for policies that create a safer and more peaceful society,” he added.

NEXT: Army begins investigation of training briefing that had labeled “Catholicism” an extremist group