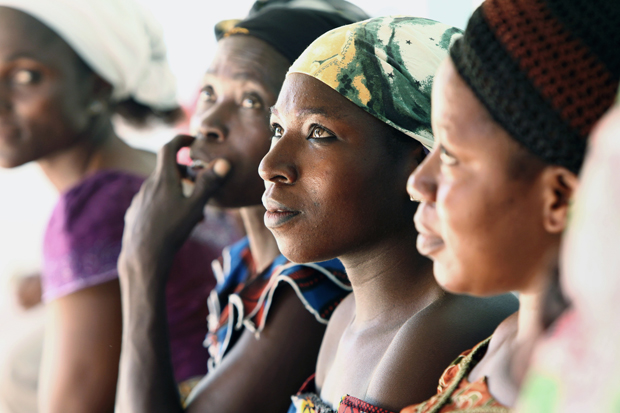 DUBLIN (CNS) — Women can play an important role in bringing peace and stability to violence-wracked northern Nigeria if some of the country’s discriminatory social rituals ended, an Irish missionary sister working in the West African nation said.

Sister Kathleen McGarvey, 45, a member of the Sisters of Our Lady of Apostles and a lecturer at Good Shepherd Seminary in Kaduna, Nigeria, told Catholic News Service that women can bring new perspectives based on their experience and knowledge to the peace effort.

She likened the untapped potential of Nigerian women to their sidelining in the long-practiced Igbo tribal ritual of the breaking of the kola nut, a fruit of the tropical rainforest in much of Africa. The nut is broken at weddings, church gatherings and major social events as a symbol of acceptance and welcoming of visitors.

“At any church gathering, after the opening prayer, the kola nut is blessed by the priest and if there is no priest, one of the men will pray over it; then it is broken. It is like a sacred ritual and has its basis in the Igbo culture but has become Christianized,” Sister Kathleen explained.

“For the ritual to become more inclusive and allow women to break the nut would be a very significant step forward,” she said.

Much the same, Sister Kathleen added, long-held traditions can be amended so that women can offer their perspectives based on experience to bring peace to northern states where the shadowy Islamist Boko Haram has led a violent insurrection since 2009.

Sister Kathleen also is deeply involved in the Catholic Secretariat of Nigeria’s Commission for Interreligious Dialogue. She was the only non-Nigerian and one of just six women selected to participate in the Northern States Governors’ Forum on Reconciliation, Security and Healing, which was convened to find possible solutions to the crisis in the region. 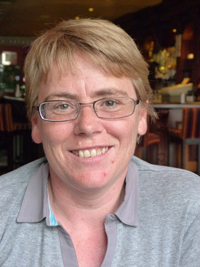 Sister Kathleen McGarvey, a member of the Sisters of Our Lady of Apostles in Ireland, says she sees women having an important role in fostering peace in northern Nigeria’s conflict zones. Sister McGarvey is pictured in a 2012 photo. (CNS photo/Sarah MacDonald)

She praised Holy Rosary Sister Rose Uchem, a Nigerian whose work on the development of women became the subject of a video examining the subordination of women in the kola nut ritual.

Sister Kathleen also cited the prohibition of women owning property, which must be held in the name of a father, brother or husband, and the subordination of a widowed woman who must engage in rites that demonstrate fidelity to her deceased husband.

“If a woman is widowed, particularly among the Igbo, but in some of the other cultures as well, there are many rituals that she must go through. Her head is shaved. Her husband’s body is washed and she must drink that same water. She may not be allowed to wash during a certain period of mourning. Part of it is to show that she did not kill her husband but it also shows her love for her husband – her fidelity,” Sister Kathleen said.

Patricia Danmaida, former minister of education in Kaduna state, is one of the Nigerian women Sister Kathleen holds up for challenging society’s treatment of widows. Danmaida, a Catholic, was widowed at a young age and left with three daughters. Because she had no sons, she had no protection under the law and her husband’s family claimed virtually all of her possessions, leaving her nearly destitute.

“Even though we have all these laws about equality, if a husband dies, it is common to hear of a woman being disinherited of all her property,” Sister Kathleen explained.

But Danmaida managed to overcome her disadvantaged situation by taking advantage of her college education to gain a foothold in the Nigerian education ministry.

Sister Kathleen also has worked on ending the forced marriage of teenage girls. She said the practice contributes to the marginalization of women because they are forced to drop out of school, minimizing any opportunity to participate effectively in social and political decision making.

Some progress is being made, according to Sister Kathleen, who said that even the young seminarians she teaches grapple with women’s issues as they cope with the injustices placed on their widowed mothers or observe the subordination faced by their aunts or sisters.

“I think there is a growing awareness in church circles of the different injustices women endure within the different cultures,” Sister Kathleen said. “Every year, our fourth-year students write a project and there will be three or four of them looking at polygamy or widowhood. They are aware and awareness is certainly growing. But there is still a long way to go and there will certainly be lots of obstacles.”