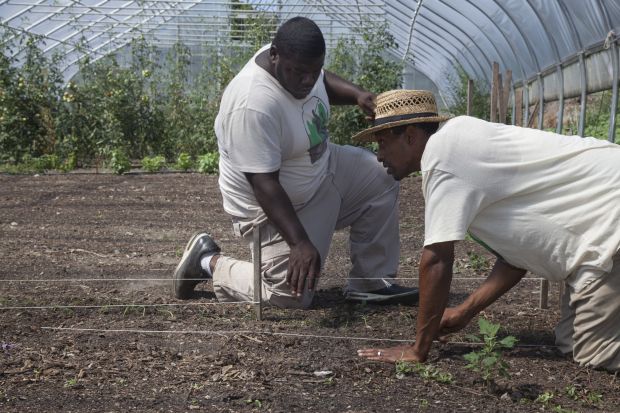 WASHINGTON (CNS) — The bankruptcy of Detroit does not mean the city is dead, said Archbishop Allen H. Vigneron.

“I would say people are responding with a lot of grit,” he said. “Stories about the city being on its death bed are wrong.”

The archbishop was not alone in his assessment. The bankruptcy, announced July 18 by Detroit Emergency Manager Kevyn D. Orr, was another blow to the city’s already deteriorated reputation, but social service providers and other observers said they have great hope that the former manufacturing behemoth will begin a gradual recovery as long as its 700,000 citizens are tapped for ideas and advice.

“The bankruptcy might help,” said Harry Veryser, professor of economics at the University of Detroit Mercy, who grew up in the city in the 1940s and 1950s and recently rejoined St. Joseph Parish in downtown Detroit. “Bankruptcies aren’t all bad. It may allow a certain breathing space and it may allow people to say we’ve got to take things seriously right now.”

That breathing space is needed. The city owes nearly $18 billion to creditors. It’s estimated that 40 percent of the city’s streetlights do not work, buses run notoriously behind schedule, trash pickup is sporadic and police response times are close to an hour even in emergencies. More than 70,000 buildings are vacant.

The bankruptcy threatens the pensions of thousands of retired city workers. Orr has said that, for the city to begin its recovery, the pension structure must be altered. However, Michigan Attorney General Bill Schuette has gone on record saying that the state constitution identifies pension plans as a contractual obligation that cannot be diminished or changed.

It is expected that specifics for emerging from bankruptcy will take months to work out.

Raising taxes will not work because such a move will fail to entice new business startups and will likely serve to force many of those that remain to close or relocate, Veryser said.

A former tool-and-die business owner whose company employed 65 people, Veryser said officials must undertake a plan that will help the city to become “more livable” so that young married couples relocate and start raising families within the city. With kids come the need for viable schools and with an education, people can enter the middle class, he said. 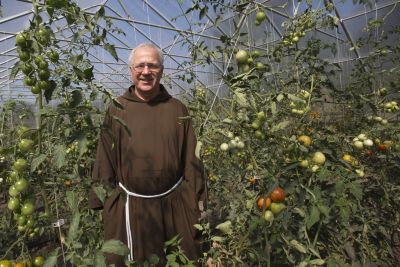 For those remaining in the city, where the population reached more than 1.8 million in the 1950, jobs are in great demand, said Capuchin Franciscan Brother Jerry Smith, executive director of the Capuchin Soup Kitchen Ministries on Detroit’s east side.

“My sense overall is that people want to work,” Brother Smith said, identifying a young man who takes three buses and then walks 30 minutes to a job at a laundry service company in the suburbs. “It takes two hours to get there. I don’t know that most people would go to those kinds of links to work.”

“There are no jobs available. It seems to me that after years of fruitless searching, people, individuals, lose hope and don’t expect that things can be any different,” he explained.

Across town at St. Dominic Outreach, based at the former St. Dominic Parish, executive director Sherron Jenkins said that as jobs have left Detroit, her client base as increased. Since 2011, she said, the program has seen more than a 50 percent increase in the number of people seeking food assistance. The program now distributes 700 to 800 bags of groceries a month.

(Read about a St. Dominic’s client who finds shelter for herself and her two sons in a car.)

St. Dominic serves working-class communities surrounding Wayne State University northwest of downtown. Jenkins also said she regularly hears complaints about the lack of services delivered by the city, but is uncertain what the bankruptcy will mean to the people coming through the doors.

As the client base has grown, St. Dominic Outreach has struggled in recent years to meet the growing demand, Jenkins said.

“We have hit hard times before. But I think this is about the roughest,” said Jenkins, who has worked at St. Dominic for nearly 18 years.

“The most important thing is feeding the families and making sure that we help with the families and the seniors and the single people and the working poor. But I have a lot of faith in God and usually something always turns up. Without faith I don’t think we would be in this business.”

Beyond such ministries, the bankruptcy’s direct effect on the Catholic Church is expected to be minimal, Archbishop Vigneron said.

Without offering specific comments about the bankruptcy, the archbishop said the Catholic Church was prepared to help rebuild Detroit by assisting its parishes in meeting the needs of people living in the city’s stressed neighborhoods.

“What the Catholic Church needs to do is to provide a word of encouragement that there is good news and the good news is that God is with us and he will give us the strength to meet this challenge, Archbishop Vigneron said.

“One of the things we can do is witness to the truth that people have a lot of talent, that God will strengthen us to withstand this challenge,” the archbishop added.

The archdiocese has undergone its own restructuring under a plan announced in February 2012 by the archbishop, who pledged not to abandon the city of Detroit. The process will find greater emphasis on evangelization and catechesis, Christian service and outreach, increased focus on youth and young adults, lay leadership, stewardship and administration, strengthening Catholic schools and promoting vocations.

The archdiocese also in April announced that it sold four buildings housing its offices in or near downtown Detroit and would relocate its administrative offices in 2014 to another building downtown where it will be the anchor tenant. The sales will net the archdiocese $3.2 million.