Priest says ministry in L.A. prepared him for strife-ridden Egypt 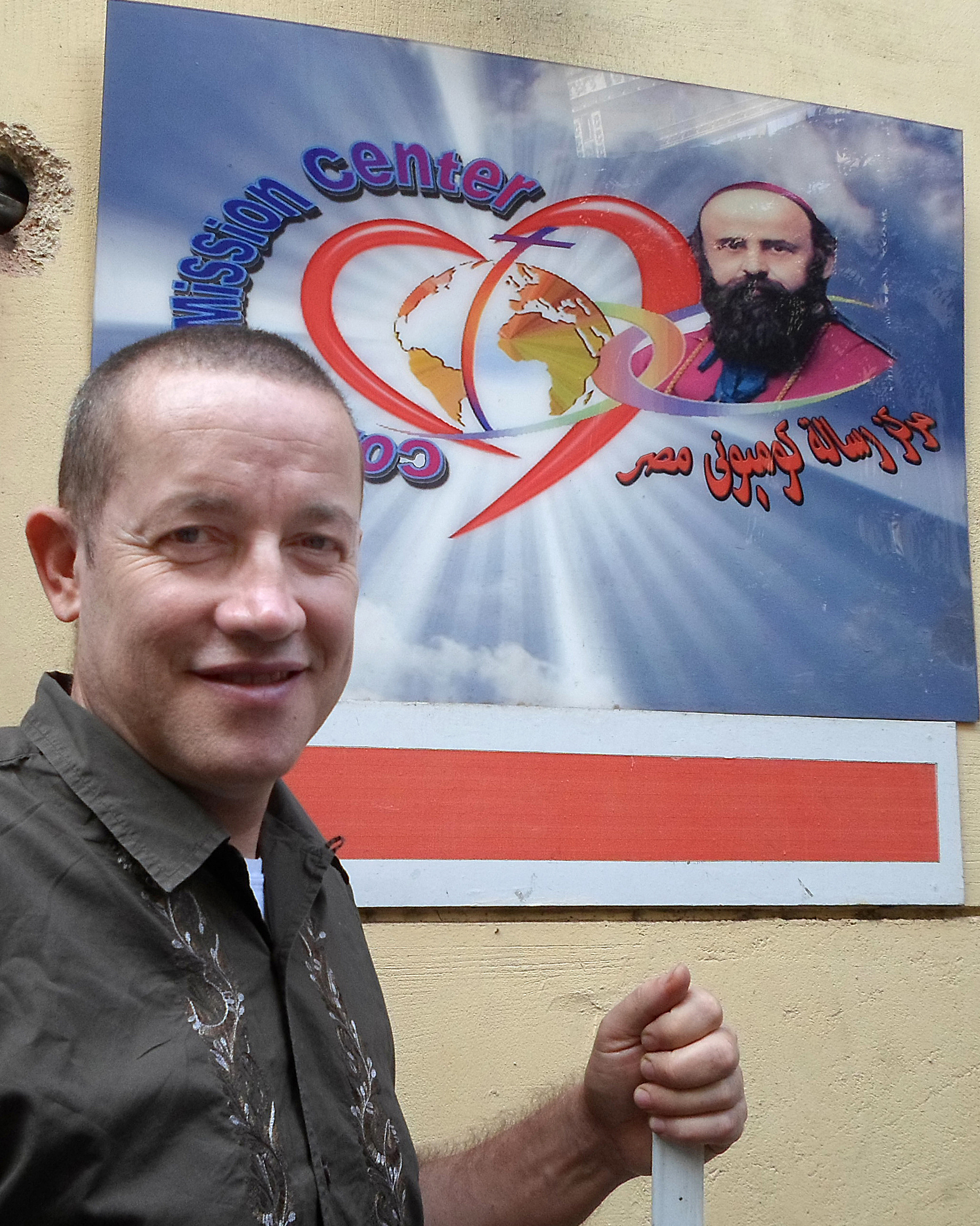 Comboni Father Giovanni Esti poses for a photo Nov. 8 in Cairo. Father Esti, a native of Italy, says the 12 years he spent in Los Angeles working with homeless people and juvenile gangs beginning in 1991, prepared him for strife-ridden Egypt. (CNS photo/James Martone)

CAIRO (CNS) — From his apartment overlooking a major Cairo thoroughfare, Comboni Father Giovanni Esti has witnessed the different stages of Egypt’s revolution: from mass demonstrations and the toppling of a 30-year-old autocratic regime in 2011, to the rise of an Islamic government a year later, its takeover by the army in July and the ensuing violence which has wounded thousands and claimed hundreds of lives.

Undeterred throughout, the Catholic priest has carried on his mission to create a social development center for young people in the heart of the Egyptian capital, refusing along the way attempts by well-meaning colleagues and friends trying to brand him “a hero.”

“To be a hero, go to South Central L.A.,” he tells them, referencing the 12-years he spent in Los Angeles working with homeless people and juvenile gangs beginning in 1991.

The 50-year-old native of Italy said the U.S. experience marked him profoundly and, in many ways, prepared him to serve in Egypt.

“I appreciate the civil rights tradition in the states. You can be who you want to be as long as you respect others,” he told Catholic News Service in his residence in a building attached to the Sacred Heart of Jesus Catholic Church, which St. Daniel Comboni founded in 1880.

“The other thing I learned is … a sort of entrepreneurial approach. You can make something out of the nothing. If you work hard you will get somewhere,” said Father Esti, who holds degrees from the Catholic Theological Union in Chicago and Claremont Graduate University in California.

In Los Angeles, Father Esti was a true entrepreneur, finding ways to fund his ministry. He was innovative enough to persuade local government officials and community leaders to help fund a shelter for homeless people. With funding in hand he helped a crew of volunteers to build the shelter.

“We said if you give us half the money we will meet the rest,” Father Esti explained. “I did a lot of advocacy, meeting people who were interested in supporting the project. You work with them and when people get together, the resources are more available.”

When Father Esti arrived in Cairo in 2007 he said he quickly saw the need for a center where Egypt’s youth could learn social skills to improve conditions in impoverished communities. Relying on lessons learned in Los Angeles, he convinced his superiors to allow him to refurbish the adjacent church’s defunct foyer and — in a break with the norm — reopened it not only to Egypt’s Christian minority, but to the predominantly Muslim community as well.

Profits from the facility’s cafeteria allowed him to renovate some of the church’s long-vacant offices. In 2010 Father Esti, along with a small group of volunteers and a few paid staff members, launched the center, called Markaz Comboni in Arabic.

He stressed that the center’s primary goal is to enable young people to effect change for the common good.

Operating on an annual budget of about $7,200, the center offers classes for first year participants in public speaking and organizes trips to local nongovernment organizations working on development projects.

A second year of study allows students to organize their own small-scale projects which are funded through events at the church. Projects have included activities aimed at helping refugees in Egypt, promoting green agriculture, supporting women’s rights and providing educational skills to orphaned children.

The center also offers foreign language training and classes in art, music and yoga. A mass media department distributes online news about the development work of other Comboni priest, nuns and lay volunteers across Egypt.

“There are people who wait for first steps, others who make them. We tell students ‘be the first to make the steps,'” Father Esti said.

“You can inspire people. We (missionaries) are not the agents of change; we want to empower people to make change. I will go, so whatever I am doing will have to go on when I leave, so that no one misses me. It would be terrible if they missed me,” added the priest, who plans to leave Egypt in 2017.

Despite recent political violence in Egypt, some which has led to attacks on Christians and their properties, Father Esti has found there is much to appreciate in the country of 80 million people.

“In spite of the fact that the Western world sees this area in retrograde, there is a kind of sanity,” he said, adding that, unlike some of areas of the U.S. where he’d lived, most Egyptians “don’t have guns and, generally speaking, are not on drugs.”

“In the states, life is too fast, so even if you have a lot, you cannot enjoy it. Here life is slower, and you can enjoy the little you have,” he said.