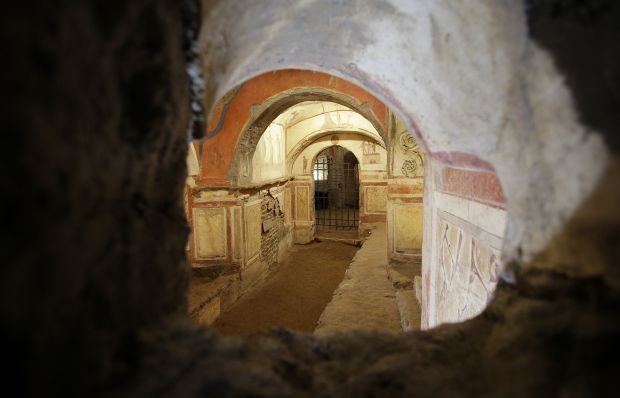 A view shows the catacomb of Priscilla in Rome Nov. 19. The catacomb, used for Christian burials from the late 2nd century through the 4th century, reopened to the public after years of restoration. Users of Google Maps now can see virtually through the underground corridors of the catacombs. (CNS photo/Max Rossi) 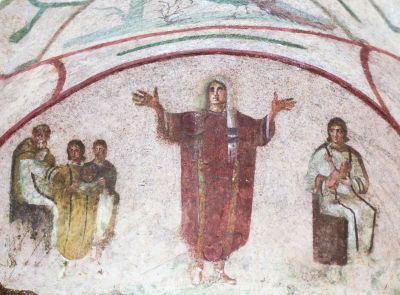 A fresco is pictured inside the catacomb of Priscilla in Rome. (CNS photo/Max Rossi)

VATICAN CITY (CNS) — Early Christian burial sites are now easier to see, both in person and via the Internet, thanks to 21st-century technology and collaboration between Google and the Vatican.

“This is perhaps the sign of the joining of two extremes, remote antiquity and modernity,” said Cardinal Gianfranco Ravasi Nov. 19, at a news conference at the Catacombs of Priscilla in northeast Rome.

The cardinal, president of both the Pontifical Council for Culture and the Pontifical Commission for Sacred Archaeology, lauded recent restoration work by the archaeological commission inside the complex of early Christian tombs.

Cardinal Ravasi also heralded the Nov. 19 debut of the catacombs on Google’s Street View feature, a project he said had grown out of a conversation he had with the Internet giant’s executive chairman, Eric Schmidt.

Users of Google Maps can now click the “see-inside” option for the catacombs, which allows them to move virtually through the narrow corridors tunneled out of soft tufa stone, and to see high-resolution images of the interiors from practically every angle. The brilliantly lit views are in startling contrast to the shadowy reality of an in-person visit. 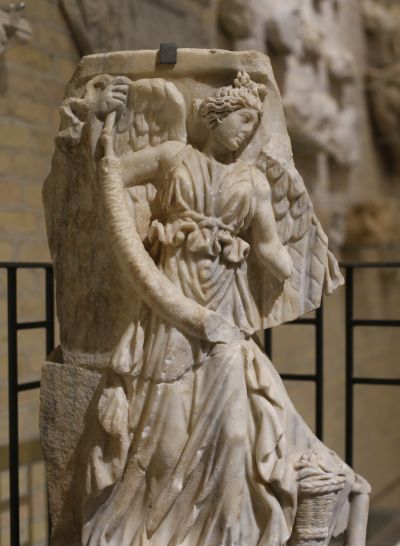 Decoration from an ancient marble sarcophagus is pictured in a new museum in the reconstructed 4th-century Basilica of St. Sylvester above the Catacombs of Priscilla in Rome Nov. 20. (CNS photo/Paul Haring)

Google’s Giorgia Abeltino told reporters that almost the entire eight-mile complex of catacombs is now accessible online. However, there is no underground map to let users know exactly what they are seeing.

Also Nov. 19, Google launched a Street View of the catacombs of the Ipogeo di via Dino Compagni, located in southeast Rome. The catacombs are privately owned and not open to the public, so the virtual mode is the only way to visit them.

The news conference at the Catacombs of Priscilla was held above ground in the reconstructed fourth-century Basilica of St. Sylvester, where a new museum displays hundred of fragments of ancient marble sarcophagi, also recently restored. A glass floor offers illuminated views of the sites of ancient tombs below.

Msgr. Giovanni Carru, secretary of the Vatican’s archaeological commission, said the restorations had made the Catacombs of Priscilla a “privileged course” for pilgrims to Rome, helping them to appreciate these “dark places that were lit up by the emblematic and paradigmatic stories of salvation” painted on their walls.

NEXT: In Central African Republic, thousands turn to bishop for protection