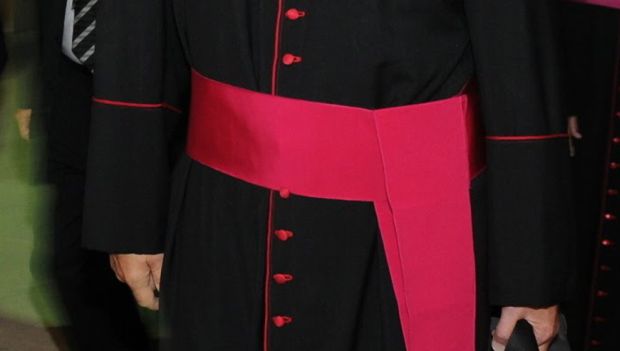 VATICAN CITY (CNS) — Pope Francis has decided to limit the honor of “monsignor” among diocesan priests and grant it from now on only to those at least 65 years of age.

The change, which is not retroactive and does not affect Vatican officials or members of religious orders, was announced in a letter from the Vatican Secretariat of State to nunciatures around the world, along with instructions to inform local bishops.

Pope Francis has often warned clergy against the temptations of careerism and personal ambition.

Of the three grades of monsignor — apostolic protonotary, honorary prelate of His Holiness and chaplain of His Holiness — only the last will be available to diocesan priests who meet the new age requirement.

Bishops must resubmit any pending requests for papal honors in accordance with the new rules.

Archbishop Vigano’s letter did not give a reason for the change, but Pope Francis has often warned clergy against the temptations of careerism and personal ambition.

The archbishop noted that there had been no change regarding the granting of ecclesiastical honors to laypeople.

Jesuit Father Federico Lombardi, the Vatican spokesman, noted Jan. 6 that Pope Paul VI had reformed the system of ecclesiastical honors in 1968, reducing the number of titles to three.