‘Robocop’ reboot is an upgrade on original 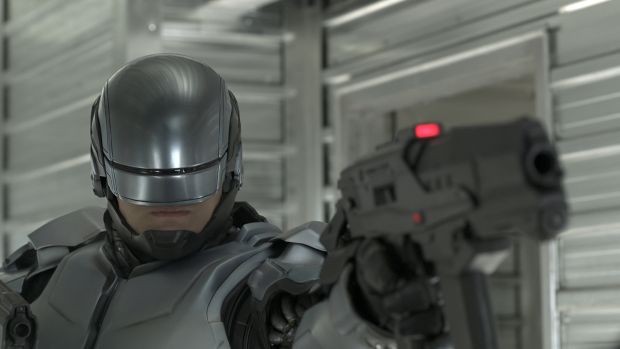 NEW YORK (CNS) — Man and machine merge — for the fourth time — in “Robocop” (Columbia), the latest installment in the science-fiction franchise.

Not surprisingly, this remake serves up some of the mindless mayhem and gratuitous violence of the 1987 original, which has become a cult classic. But in this go-round, it’s not all blood and guts. Director Jose Padilha (“Secrets of the Tribe”) has also crafted a clever action thriller with timely messages about greed, corruption and the dangers of playing God.

In the year 2028, the world is at peace, thanks to an army of robots which patrols hotspots overseas. Their manufacturer, the Detroit-based conglomerate OmniCorp, touts the advantage of their product: American lives are no longer sacrificed in wars for the cause of freedom.

The only place OmniCorp’s bots are not welcome is at home; they’re banned from policing by an act of Congress. Americans are “robo-phobic” (rightly so), suspicious of machines that cannot “feel” and that, therefore, are unlikely to value human life properly.

Score one for Congress. But, alas, corrupt politicians can be bought, and laws changed. Such is the goal of wicked OmniCorp CEO Raymond Sellars (Michael Keaton). He’s convinced that a meld of human and robot would make at least partially mechanical cops more palatable to Americans, thereby enriching OmniCorp beyond its wildest dreams.

“Americans want a product with a conscience,” he says.

When Alex runs afoul of the mob and is critically injured in a bomb attack, he is transported to Dr. Norton’s lab. Alex’s hysterical wife, Clara (Abbie Cornish), thinking she will get her husband back in one piece, consents to his transformation. The result: Alex becomes Iron Man — make that Robocop — and a new crime-fighting mechanism is born.

“Robocop” barrels down a predictable road as Alex’s handlers discover that their creation has a mind of his own — and an agenda not necessarily to their liking. Alex struggles with his new identity and longs to return to the family fold.

But first, old scores must be settled and justice served, all under the watchful eye of smarmy tabloid-news program host Pat Novak (Samuel L. Jackson).

“This is the future of American justice!” Novak intones, as another baddie bites the dust.

The film contains intense action violence, including gunplay, and some profane and rough language. The Catholic News Service classification is A-III — adults. The Motion Picture Association of America rating is PG-13 — parents strongly cautioned. Some material may be inappropriate for children under 13.

NEXT: Saints for saints to be: 3 books help those striving for holiness