Archbishop urges Anglicans to ‘challenge fear’ of discord on issues 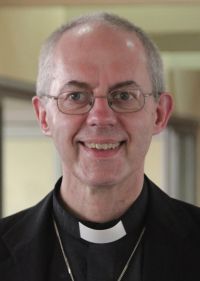 Archbishop Justin Welby of Canterbury, England, spiritual leader of the Anglican Communion, has appealed for unity in the Church of England following a decision to fast-track legislation to allow the consecration of women as bishops by Christmas. Archbishop Welby is pictured in Bujumbura, Burundi, Feb.1. (CNS photo/Jean Pierre, Reuters)

LONDON (CNS) — The archbishop of Canterbury has appealed for unity in the Church of England following a decision to fast-track legislation to allow the consecration of women as bishops by Christmas.

In a Feb. 12 presidential address to the General Synod a day after the plan was approved, 358-39, with nine abstentions, Archbishop Justin Welby called for a “massive cultural change” within the Anglican church to address an “untidy” future.

He pleaded with Anglicans to work together in a spirit of charity, even if they could not agree on issues such as the ministry of women or sexuality.

“Let’s bring this down to some basics,” he said. “We have agreed that we will ordain women as bishops. At the same time we have agreed that, while doing that, we want all parts of the church to flourish.

“If we are to challenge fear we have to find a cultural change in the life of the church, in the way our groups and parties work, sufficient to build love and trust,” he said.

“There is going to have to be a massive cultural change that accepts that people with whom I differ deeply are also deeply loved by Christ,” he added.

His comments at the three-day meeting in London came a month after one of his predecessors, Lord (George) Carey of Clifton, who was archbishop of Canterbury from 1991 to 2002, said in a homily in Chester Cathedral that the Anglican Church could “fracture” under the “colossal weight of dancing to the world’s agenda.”

In his address, Archbishop Welby said Anglicans could be sure that what lay ahead was “an untidy church” marked by incoherence and inconsistency but expressed the wish that the faithful would stay together “because of love.”

“The Church of England is not tidy, nor efficiently hierarchical,” he said. “There are no popes, but there is a College of Bishops, and there are synods and collections and lobbies and groups and pressure and struggle. When it works well it works because love overcomes fear. When it works badly it is because fear overcomes love.”

Archbishop Welby added: “It’s a church that … says that consistency and coherence is not the ultimate virtue.”

The Church of England has been sharply divided over the issue of women bishops for the past two decades. In 2012 proposals to ordain women to the episcopate were rejected by the synod by a margin of six votes.

The overwhelming support for women bishops came with renewed promises of guidance for traditionalist parishes unwilling to accept them on theological grounds.

The draft legislation will be sent to the 44 dioceses of the Church of England for approval and, if a majority supports it, the synod will hold a final approval debate in July before sending it to Parliament for ratification.

The synod decided to waive a revision committee stage so the legislation could be enacted in half the time it would normally take to complete.

In his address, Archbishop Welby also spoke of the need for “gracious reconciliation” in the face of disagreements over human sexuality.

He acknowledged “great fear” among some Anglicans that proposed parish blessings of the relationships of same-sex couples would “lead to the betrayal of our traditions, to the denial of the authority of scripture, to apostasy.”

But he said there was also the fear that the rejection by the church of homosexual people would be viewed as “akin to racism.”

Women have been consecrated as Anglican bishops in the United States, Canada, Australia, India, Ireland and in the Anglican provinces of Southern Africa, South India and New Zealand and Polynesia.

Anglican churches in a dozen other provinces and countries — including Hong Kong, North India, Mexico and Brazil — have removed the canonical barriers to the ordination of women as bishops but have yet to consecrate any. The only Anglican provinces not to have approved the ordination of women as either deacons, priests or bishops are Melanesia, Southeast Asia, Nigeria, Papua New Guinea and Central Africa.