The pope said what about civil unions? 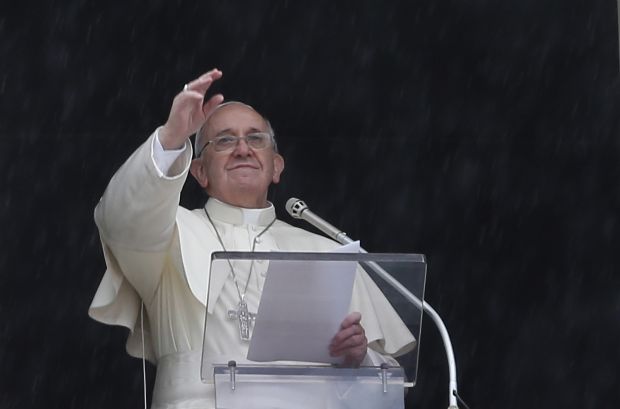 Judging by recent news stories, one might get the impression Pope Francis favors civil unions or even same-sex marriage.

That is not exactly what the pope said during an interview he gave March 5 to an Italian newspaper, according to those familiar with the interview.

Civil unions are seen as a way for civil governments to recognize the union of homosexual persons, at least for providing health and other benefits.

“Marriage (matrimony) is between a man and a woman. Civil states want to justify civil unions in order to regulate (normalize) different arrangements of cohabitation, prompted by the necessity of regulating (normalizing) economic aspects among people; for example in providing health insurance or benefits. This consists of different kinds of living arrangements which I wouldn’t know how to enumerate with precision. We must consider different cases and evaluate each particular case.”

Journalists have asked if the pope was referring specifically to gay civil unions in the above response. Father Rosica said the pope did not enter into debates about the matter of gay civil unions. The priest also pointed out that “civil unions” in Italy refer to people who are married under state law outside of a religious context.

In his response to the interviewer, Pope Francis emphasized the natural characteristic of marriage between one man and one woman, and he also spoke about the obligation of the state to fulfill its responsibilities toward its citizens, according to Father Rosica.

“We should not try to read more into the pope’s words that what has been stated in very general terms.”

NEXT: On first Friday of Lent, pope speaks on nature of true fasting