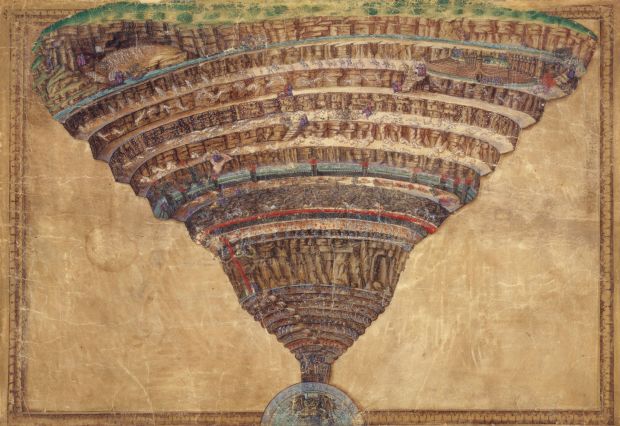 A illustration by Sandro Botticelli of the infernal abyss from Dante Alighieri's "Divine Comedy" is part of the manuscript collection of the Vatican Library. (CNS/courtesy of Vatican Library)

VATICAN CITY (CNS) — Thousands of rare manuscripts until now accessible only to scholars at the Vatican will go online over the next four years, thanks to help from a Japanese information technology company.

Officials of NTT DATA Corporation and the Vatican Library announced their joint project at a news conference March 20.

The library, founded by Pope Nicholas V in the 15th century, preserves some 82,000 manuscripts dating back to the early centuries of Christianity. Among its treasures are an illustrated edition of the works of the Roman poet Virgil, produced around the year 400, and illustrations of Dante’s Divine Comedy by the 15th-century Renaissance master Sandro Botticelli.

The library has been scanning its collection for several years with help from various nonprofit groups, and has already digitally archived 6,800 manuscripts, said Msgr. Cesare Pasini, the library’s prefect. But so far only some 300 documents are accessible on its website (vaticanlibrary.va). 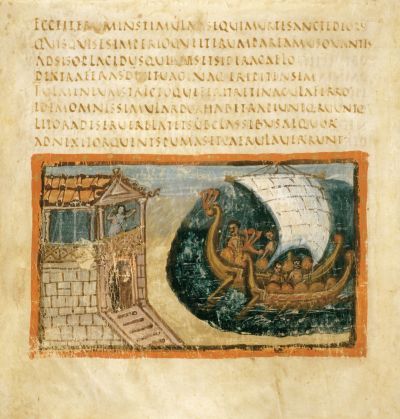 A manuscript produced in Rome from the works of the Roman poet Virgil is part of the collection of the Vatican Library. (CNS/courtesy of Vatican Library)

NTT DATA Corporation will supply the technicians and equipment necessary to produce high-definition digital records of another 3,000 manuscripts and place them online over the next four years. The library will solicit donations to defray the estimated $23 million cost of the project, among other ways by allowing contributors to sponsor digitalization of individual manuscripts.

The library plans to offer a total of 15,000 manuscripts online, free of charge to all visitors, by 2018.

Among the documents to be scanned by the Japanese company are some from the library’s Asian holdings, which include watercolors of Japanese dancers painted from the 16th through the 18th centuries, and an oath signed by Japanese Christians vowing to defend their missionaries to the death.

The library plans eventually to offer online access to its entire manuscript collection, a total of 41 million pages. Msgr. Pasini declined to estimate how long it would take to complete that project.

PREVIOUS: For Peru’s Kukama people, water is more than a drink, missionary finds