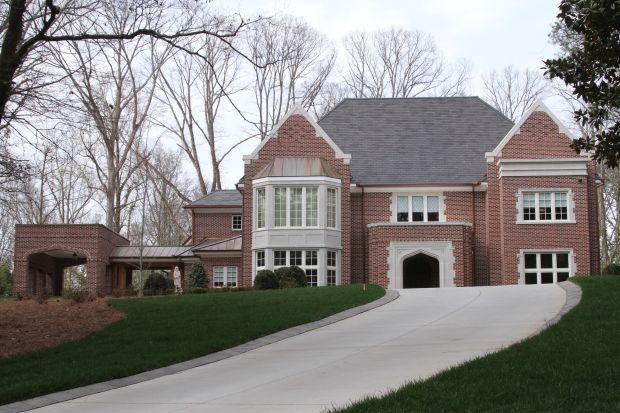 ATLANTA (CNS) — Responding to public and media criticism about his new $2.2 million residence, Atlanta Archbishop Wilton D. Gregory issued a statement of apology in his April 3 column in the archdiocesan newspaper.

“As the shepherd of this local church, a responsibility I hold more dear than any other, certainly more than any configuration of brick and mortar, I am disappointed that, while my advisers and I were able to justify this project fiscally, logistically and practically, I personally failed to project the cost in terms of my own integrity and pastoral credibility with the people of God of north and central Georgia,” he wrote in The Georgia Bulletin.

The archbishop acknowledged that he had received “heartfelt, genuine and candidly rebuking letters, emails and telephone messages” during the past weeks about his residence.

“Their passionate indictments of me as a bishop of the Catholic Church and as an example to them and their children are stinging and sincere. And I should have seen them coming,” he wrote.

“To all of you,” he said, “I apologize sincerely and from my heart.”

The archdiocesan communications office has received more than 100 emails and messages, mostly positive, about the archbishop’s column.

The new 6,000-square-foot residence is located on property donated to the archdiocese from the estate of Joseph Mitchell, nephew of Margaret Mitchell, author of “Gone With The Wind.” 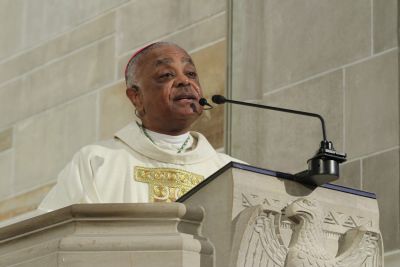 Atlanta Archbishop Wilton D. Gregory in this 2013 photo addresses the congregation at the Cathedral of Christ the King in Atlanta. (CNS photo/Michael Alexander, Georgia Bulletin)

In his will, Mitchell requested that primary consideration be given to the Cathedral of Christ the King, where he worshipped. The cathedral received $7.5 million for its capital fund and spent roughly $1.9 million to buy the archbishop’s former residence.

Cathedral officials have budgeted an additional $1 million to expand the archbishop’s former residence so its six priests can live there, freeing up space on the cathedral’s cramped campus.

The cathedral rector, Msgr. Frank McNamee, asked Archbishop Gregory to sell the residence to the cathedral because it is in walking distance and parishioners strongly wanted their priests to be that close.

The sale funds were used to build the new residence. An additional $300,000 went toward making it handicapped accessible and including a larger chapel than the one in the older residence.

The home has four bedrooms, including a master suite. The downstairs level is designed for entertaining. It also has a two-car garage and additional guest parking.

Archbishop Gregory moved into the newly built home in January. Some local Catholics reacted unfavorably to the move and articles in the Atlanta Journal-Constitution and other media outlets were critical of it.

In his April 3 column, the archbishop said he would meet with archdiocesan consultative bodies in upcoming weeks to hear their assessment of what he should do about the new residence.

If the groups recommend he no longer live in the residence he said the archdiocese will begin the process of selling the property and would “look to purchase or rent something appropriate elsewhere.”

Conventual Franciscan Father John Koziol, chairman of the archdiocesan priests’ council, said he admired the archbishop for “trying to do the right thing” and for “being so up front and transparent.”

Archbishop Gregory noted that bishops have been “called to live more simply, more humbly, and more like Jesus Christ who challenges us to be in the world and not of the world.”

He added that by example, Pope Francis has profoundly communicated the call to simplicity.

He ended the column with the assurance that he values the privilege and honor of being the archbishop of Atlanta. “I promise you that my service to you is the reason I get up each day — not the house in which I live or the ZIP code to which my mail is sent.”

Castranio is executive editor of The Georgia Bulletin, newspaper of the Atlanta Archdiocese.