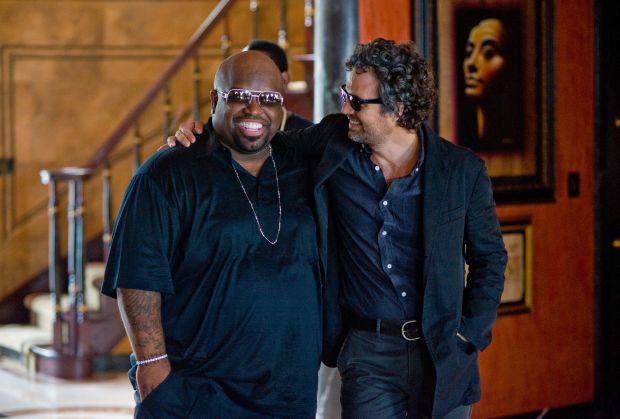 Despite all of the time writer-director John Carney’s script spends railing against cliches and stereotypes in the recording industry, the formulaic dialogue in this redemption story of a plucky singer and an alcoholic record executive sounds left over from an inspirational lecture.

“I think that music is about ears, not about eyes,” says Gretta (Keira Knightley) to Dan (Mark Ruffalo), the A&R (artists and repertoire) executive just fired from the label he’d help found.

Dan was once a genius at discovering new talent. Now he’s a bitter boozer and estranged from wife Miriam (Catherine Keener) and daughter Violet (Hailee Steinfeld). British-born Gretta used to be the girlfriend and muse for recording star Dave (Adam Levine).

Gretta’s talent for lyric writing landed Dave a major label contract and all the wealth that went with it. But she’s astute enough to realize from a single demo recording for his latest album that Dave’s no longer singing for her, but in celebration of a new romance.

Gretta and Dan both end up in reduced circumstances in Greenwich Village. All it takes is a single hearing of her breathy singing voice in a basement dive, and Dan is inspired. He’s an unpleasant drunken slob at this point with a habit of running out on his bar tabs. Yet Gretta is still intrigued enough to drop her plan to return to Britain and enroll in college.

Without money and a recording studio at his disposal, Dan strikes on the idea of cobbling together Gretta’s demo album using moxie, drive and whatever “free” musicians he can corral.

All you need is love. Don’t sell out. Be your own person. Mismatched people can still find romance. It’s a stout formula with attractive lead actors. But, aside from the appealing music, this rendition of the recipe is fairly stale.

NEXT: ‘Planes’ fly again to rescue families from boredom at theaters