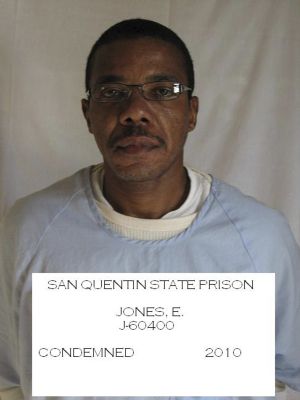 SANTA ANA, Calif. (CNS) — A federal judge ruled July 16 that California’s “dysfunctional administration” of the state’s death penalty system has resulted in “inordinate and unpredictable” delays, rendering the system cruel and unusual punishment, and as such it is unconstitutional.

Judge Cormac J. Carney of the U.S. District Court for the Central District of California issued the decision in an appeal by Ernest Dewayne Jones, who has been on death row in San Quentin State Prison for nearly two decades. He was convicted of raping and killing his girlfriend’s mother and sentenced to death in 1995.

Carney overturned Jones’ death sentence, saying the inmate faced “complete uncertainty as to when, or even whether” he will be executed.

The judge noted that since 1978, when California’s current death penalty system was adopted by voters, more than 900 people have been sentenced to death for their crimes, but only 13 of them have been executed.

“For the rest, the dysfunctional administration of California’s death penalty system has resulted, and will continue to result, in an inordinate and unpredictable period of delay preceding their actual execution,” Carney wrote.

“Indeed, for most, systemic delay has made their execution so unlikely,” he said, “that the death sentence carefully and deliberately imposed by the jury has been quietly transformed into one no rational jury or legislature could ever impose: life in prison, with the remote possibility of death.”

The Catholic Church teaches that while the death penalty might be allowed if it were the only way to protect society against an aggressor, those cases, according to the Catechism of the Catholic Church, are “very rare if practically nonexistent.”

Currently, there are 748 death-row inmates, and more than 40 percent, including Jones, have been there longer than 19 years, the judge noted.

“Nearly all of them are still litigating the merits of their death sentence, either before the California Supreme Court or the federal courts,” he said.

When someone is condemned to death in California, “the sentence carries with it an implicit promise from the state that it will actually be carried out,” the judge said.

It’s a promise, he continued, to citizens, “who are investing significant resources” in a punishment “they believe is necessary to achieving justice”; to jurors “who … are asked to hear about and see evidence of undeniably horrific crimes, and then participate in the agonizing deliberations” over the sentencing; and to victims and their loved ones, “for whom just punishment might provide some semblance of moral and emotional closure from an otherwise unimaginable loss.”

That promise also is made “to the hundreds of individuals on death row, as a statement their crimes are so heinous they have forfeited their right to life,” he said.

“But for too long now, the promise has been an empty one,” said Carney, whose ruling can be appealed to the 9th U.S. Circuit Court of Appeals.

Across the country in Missouri, convicted murderer John Middleton, 54, was executed July 16 with an injection of pentobarbital. It was the state’s sixth execution this year. Only Florida and Texas have performed more executions, with seven each.

Middleton, a former methamphetamine dealer, was convicted of and sentenced to death for killing three people in 1995.

NEXT: No summer break on debating Common Core standards for schools