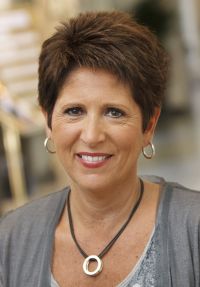 BILLINGS, Mont. (CNS) — Author and TV host Teresa Tomeo told a gathering of Catholic women in Billings that “it is no coincidence that current attacks on the church are centered on women, through abortion and other women’s issues.”

“Satan knows if he can get to women, he can get to everyone,” she said in a keynote address at the 55th biennial national convention of the Catholic Daughters of the Americas, held July 16-19.

“Your voices as Catholic women,” she said, “as well as your grass-roots spiritual and charitable work are needed now more than ever. You devote your voices and actions to your patroness the Blessed Mother joyfully, in the spirit of the Holy Father who exhorts us not to be ‘pickled-pepper Christians.'”

She quoted Jesuit Father John A. Hardon, a well-known catechist, as saying, “There is no power in all the world as a woman who falls in love with Jesus Christ.”

“I feel that love in abundance from the women here today. I felt it personally when I had everything materially but was empty spiritually and I fell in love with Jesus who picked me up and saved me,” said Tomeo, a longtime broadcast journalist who is now a syndicated talk show host on the Eternal Word Television Network.

She has written several books, including one on her own experience as a young woman who rejected her Catholic faith and got caught up in the “contraceptive culture,” but who eventually came back to the Catholic Church.

Joanne Tomassi, the Catholic Daughters immediate past national regent, which is equivalent to president in other organizations, recalled a difficult period in her life immediately after she completed her two-year term as national regent. She was deeply uncertain about her future and required painful knee surgery.

She said she believes the Holy Spirit led her from suffering and uncertainty through successful knee surgery and onto “a wonderful job in which I now work for an organization where the bottom line is salvation and service. I firmly believe the Holy Spirit will guide us through our lives, if we will but listen.”

The Catholic Daughters is a spiritual and charitable organization of 70,000 Catholic women in 1,250 courts, or local chapters, in 45 states. Spending “women time” together and sharing prayer is a core activity that brings the women close to one another and creates a feeling of sisterhood.

Convention-goers shared prayer daily at morning Mass, at a memorial Mass and at a Mass “for God and country,” which was celebrated by Archbishop Timothy P. Broglio of the U.S. Archdiocese for the Military Services.

First-time attendee Dee Ann Jimenez from Court No. 2505 in Seguin, Texas, said: “The camaraderie meant so much to me. Women need time to have fellowship to become spiritually involved with other women.”

Jimenez is a working mom, but she makes time for the Catholic Daughters because sharing with Catholic women is important to her, she said.

Donations were presented to some of the five Catholic Daughter national projects and nine national charities, including Holy Cross Family Ministries, which encourages families to pray the rosary.

Father Patrick Peyton, who founded Holy Cross Family Ministries, coined the slogan “The family that prays together stays together.”

Development director Robin Cabral said, “Father Peyton’s goal was to get 10 million families to pray the rosary. You were there. You helped him achieve his goal. You have always been there for us.”

Anne Nelson, the current national regent, presented checks to Cy Laurent, founder and CEO of the Laboure Society, a national charity based in Minnesota that assists aspirants to the priesthood or religious life who find themselves unable to answer their call because of their personal debt, and Muriel Forrest of Wheatland Farm in Virginia, which helps children with special needs.

Convention delegates passed several resolutions and considered 33 proposed amendments to the organization’s bylaws, most of which passed, including an amendment that allows prospective members to attend up to three meetings while discerning whether to become a Catholic Daughter.

Delegates also elected a new national board, the governing body that consists of five national officers who are the top administrators, and nine national directors, who are responsible for various geographical areas across the United States.

“I have spread our message far and wide because I’m convinced that Catholic Daughters is the gift that every woman should have, said Nelson, who has been national regent for the past two years. She took the theme for her term from Chapter 15, Verse 5 of the Gospel of St. John: “I am the vine; you are the branches.”

“We have the message, the will, the charity to reach the world,” she said. “And I thank you for exceeding our challenge of acquiring 5,000 new members.”

Shirley Seyfried, the newly elected national regent, outlined three goals for her upcoming two-year term. “First, I ask each court to embark upon one new program in each of the next two years,” she said. “Second, we must strive to increase our membership to over 100,000 again.

“The third goal is the foundation for all we do as Catholic Daughters: increase our spirituality. Spirituality is the core of what binds us together.”