Divorce, migration changing the face of families worldwide, in U.S. 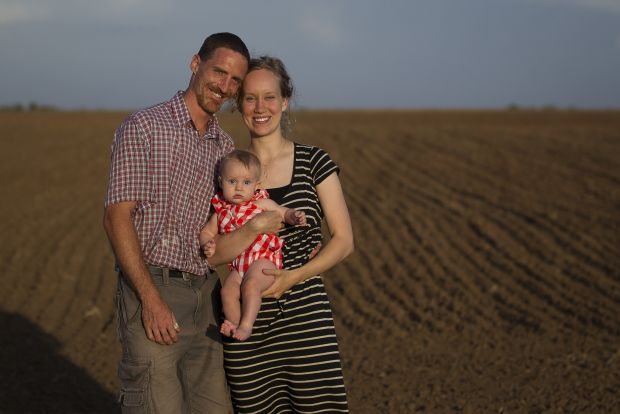 A family is pictured on a field in 2013 outside their home in Nashville, Kan. (CNS photo/Tyler Orsburn)

WASHINGTON (CNS) — The family under discussion when the extraordinary Synod of Bishops convenes at the Vatican Oct. 5 will bear little resemblance to the family of 50 or even 20 years ago.

The blended and extended families created by high rates of divorce, remarriage and cohabitation — along with the worldwide migration prompted by economic turmoil and war — have combined to change forever the view of family as limited to a mother, father and their children.

But children are still most likely to live in two-parent families in all countries except South Africa, according to the World Family Map 2014, a research project sponsored by the Bethesda, Maryland-based nonprofit Child Trends and a variety of educational and nongovernmental institutions from across the globe.

“The family is the core institution for child-rearing worldwide, and decades of research have shown that strong families promote positive child outcomes,” said Laura Lippman, co-director of the World Family Map and senior program director for education at Child Trends.

The report, co-written by Lippman and W. Bradford Wilcox, an associate professor of sociology at the University of Virginia, found that “growing up with a single parent is especially common in sub-Saharan Africa, in Central and South America, and in several English-speaking Western countries.”

One-fifth or more of children in the United States, the United Kingdom, New Zealand and Canada live with only one parent, while Asia, the Middle East and Eastern Europe have the world’s lowest rates of single parenthood.

The report also found that “although marriage rates for adults aged 18-49 are declining worldwide, they remain high in Asia and the Middle East (between 47 percent in Singapore and 80 percent in Egypt), and are particularly low in Central/South America.”

In a report prepared for the Council on Contemporary Families, based in Coral Gables, Florida, Philip Cohen, a professor of sociology at the University of Maryland, found that the “typical” American family that existed in 1960, with a breadwinner-father married to a stay-at-home mother, now only applies to 22 percent of U.S. children today. Meanwhile, 23 percent of U.S. children live with single mothers, 7 percent with parents who cohabit with unmarried partners, 6 percent with single fathers, and 3 percent with grandparents and no parent present.

“Different families have different child-rearing challenges and needs, which means we are no longer well-served by policies that assume most children will be raised by married-couple families, especially ones where the mother stays home throughout the children’s early years,” Cohen said in the report.

In his 2014 book, “The Next America: Boomers, Millennials and the Looming Generational Showdown,” Paul Taylor, executive vice president at the Pew Research Center, said the United States also must deal with a vastly different racial and ethnic makeup than 50 years ago, primarily because of immigration.

In 1960, he said, the U.S. population was 85 percent white, 10 percent black and 4 percent Hispanic. By 2060, according to Taylor, whites will make up 43 percent of the population, Hispanics 31 percent, blacks 13 percent, Asian-Americans 8 percent and other races or ethnicities 6 percent.

“We were once a black and white nation; now we’re a rainbow,” he said.

Randall Woodard, an associate professor of theology/religion at St. Leo University in Florida, told Catholic News Service that divorce is the biggest issue facing American families, “and Catholics in the U.S. generally aren’t particularly distinct or different from the rest of the culture here.”

He said the synod will need to find a way to make divorced Catholics who have remarried feel welcomed into the church, even if their status might preclude them from receiving the sacraments.

“Cultural issues are challenging to address for the church because (they) can make people feel alienated, but often it’s the same people who need help,” Woodard said. “What churches have (to be) better at conveying is, yes, these things happened, but you’re still welcome here. It’s the same message, with a different tone.” 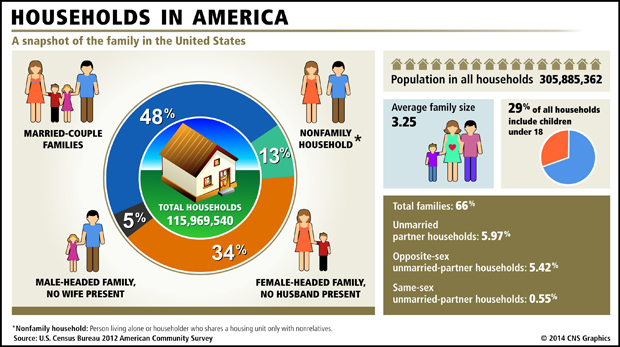 PREVIOUS: Lawmakers’ override of vetoes an ‘affirmation that all life matters’

NEXT: Catholics stay up all night in Pittsburgh