Movie review: Before I Go to Sleep 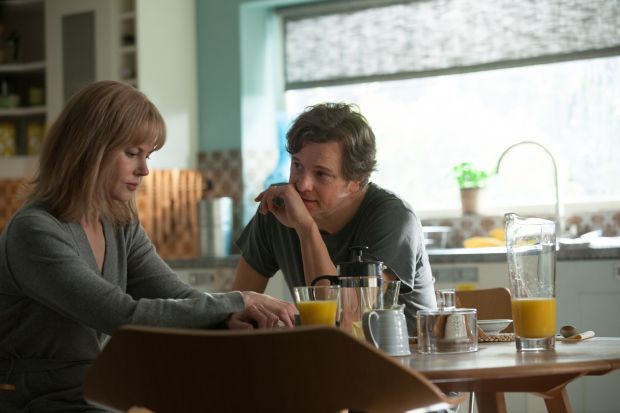 Nicole Kidman and Colin Firth star in a scene from the movie "Before I Go To Sleep." (CNS photo/Laurie Sparham, Clarius Entertainment)

NEW YORK (CNS) — The cherished amnesia plot gets dusted off for the thriller “Before I Go to Sleep” (Clarius). Writer-director Rowan Joffe’s adaptation of S.J. Watson’s novel adeptly executes a few turns. But it offers only one big twist.

As the result of a vicious assault 10 years ago, during which she sustained a head injury, Christine’s (Nicole Kidman) memory erases nightly when she goes to sleep. So she begins each day with a ritual, assisted by photos and written reminders of “Who are you, and where am I?”

By bedtime, she’s almost up to speed. In her dreams, she’s tormented by glimpses of the attack. And each morning, the cycle begins anew.

Christine’s situation renders her helpless and easily manipulated by others.

Aiding her is Dr. Nasch (Mark Strong), a psychologist. He has Christine create a daily video diary so she can build a long-term “memory,” carve out some independence and perhaps recall the identity of her assailant.

Eventually, bits of Christine’s past reveal themselves. She’d had an affair. So had her husband — with her best friend Claire (Anne-Marie Duff). Yet now her spouse Ben (Colin Firth) seems so kindly and attentive.

If there’s a moral issue raised in this whodunit, which fans of the genre should enjoy, it might be the question of whether the illusion of a secure existence can effectively substitute for real family love.

NEXT: ‘Nightcrawler’ is more dark and seamy than it sounds