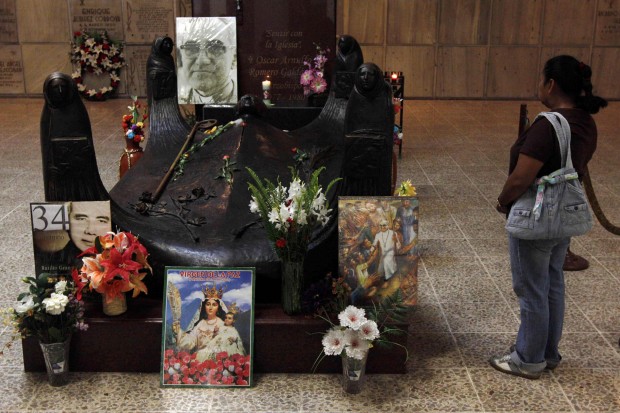 NOTRE DAME, Ind. (CNS) — Scholars who have studied the life of murdered Salvadoran Archbishop Oscar Romero say a reading of the tea leaves suggest advancement of his sainthood cause is imminent.

The news is being met with jubilation by many Romero researchers and with mixed emotions by Salvadorans.

Supporters of the cause for Romero’s canonization have been frustrated for years by what they view as a stalled effort.

However, the cause now appears to have momentum, and a soon-to-come beatification or sainthood announcement “would be a great day for us,” said Damian Zynda, an Archbishop Romero researcher who is a faculty member with the Christian Spirituality Program at Creighton University.

Zynda was among several scholars Catholic News Service interviewed during the annual International Conference on Archbishop Oscar Romero at the University of Notre Dame in September.

The most promising movement of the cause came Jan. 8, when the newspaper of the Italian bishops’ conference announced that a panel of theologians advising the Vatican’s Congregation for Saints’ Causes unanimously voted to recognize the archbishop as a martyr, and declared that the archbishop had been killed “in hatred for the faith.”

Archbishop Romero, an outspoken advocate for the poor and an uncompromising critic of a Salvadoran government he said legitimized terror and assassinations, was shot and killed March 24, 1980, as he celebrated Mass in a San Salvador hospital chapel during his country’s 12-year civil war that ended in 1992. 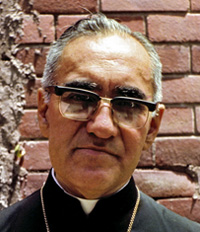 Some scholars say it is possible Pope Francis will not adhere to convention and fast-track the canonization process without a miracle.

“I’m not naive, because I’ve walked through a lot of trenches, but I’m hopeful,” said Holy Cross Father Robert S. Pelton, director of Latin American/North American Church Concerns for the Kellogg Institute for International Studies at the University of Notre Dame. Father Pelton also organizes an annual international conference on Archbishop Romero at the university.

“It’s so long overdue,” said Julian Filochowski, chairman of the Archbishop Romero Trust in London, which was launched in 2007 to raise awareness about the murdered justice advocate’s life and work. “I think it will give great encouragement to the church and to those who are bread-breaking-justice-seeking Christians and Catholics around the world.”

Archbishop Romero’s sainthood cause was opened at the Vatican in 1993, but was delayed for years as the Congregation for the Doctrine of the Faith studied his writings, amid wider debate over whether he had been killed for his faith or for political reasons. And there has been concern that he has been used as a political symbol rather than a religious symbol in El Salvador.

The martyrdom of Archbishop Romero is different than how most people traditionally see martyrs, said Michael E. Lee, associate professor of theology at Jesuit-run Fordham University.

“Many of us have notions of ancient Christian martyrs before a Roman emperor, but here is Romero, and so many others, who have given their lives for the struggle for justice and human rights, which was inspired by the Gospels’ teachings,” Lee told CNS. “These truly are martyrs and we need to understand martyrdom in a new light because of their example.”

Pope Francis has been an outspoken admirer of Archbishop Romero. He quoted him during a recent general audience at the Vatican, and when he was Cardinal Jorge Mario Bergoglio, archbishop of Buenos Aires, he reportedly said he already considered Archbishop Romero to be a saint.

Beatification and canonization of the murdered Salvadoran archbishop would provide the church and people of Latin America a role model for peace and social justice, said Thomas M. Kelly, professor of systematic theology at Creighton University.

“It would definitely give people who take the social justice teaching of Vatican II very seriously a model and exemplar who is now a saint in a way that we do not have and have not had before,” Kelly told CNS. “It would definitely, I think, propel the agenda of Francis in many ways.”

Similarities between Pope Francis and Archbishop Romero include a deep concern for the poor, efforts to minimize the power of the very wealthy and use of the pulpit to advocate for the poor and victims of societal abuses, he said.

While many Salvadorans already consider Archbishop Romero to be a saint, not everyone is convinced an official sanction from the church is necessary or positive, said Claudia Bernardi, professor of community arts at California College of the Arts in Oakland, California. She has been involved in community building through art in Perquin, El Salvador.

Bernardi explained that while many of the people she works with in El Salvador honor and revere Archbishop Romero, they are concerned that his canonization would move him further from average people.

Though Zynda said she understands that sentiment, she told CNS that she does not believe the spirit of Archbishop Romero would allow his canonization to disconnect his existence from the people of El Salvador.

It rests with the ecclesial leaders “to not create that culture,” Zynda said. “Because that’s exactly what these icons of discipleship ought to be for us, someone who is not removed, but someone like Jesus with his feet on the ground, who knows God and knows humanity. So did Romero.”