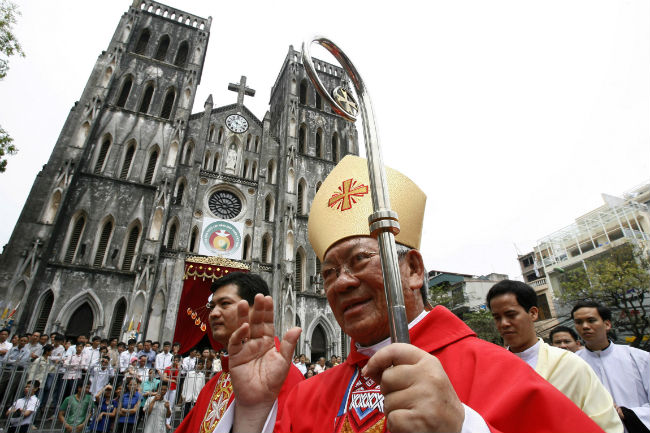 VATICAN CITY (CNS) — Underscoring the geographical diversity of his selections, Pope Francis named 15 cardinal electors “from 14 nations of every continent, showing the inseparable link between the church of Rome and the particular churches present in the world.”

In addition to 15 new electors, Pope Francis named five new cardinals who are over the age of 80 and, therefore, ineligible to vote in a conclave. Popes have used such nominations to honor churchmen for their scholarship or other contributions.

The pope announced the names Jan. 4, after praying the Angelus with a crowd in St. Peter’s Square, and said he would formally induct the men into the College of Cardinals Feb. 14.

With the list, the pope continues a movement he started with his first batch of appointments a year ago, giving gradually more representation at the highest levels of the church to poorer countries in the global South. According to the Vatican spokesman, Jesuit Father Federico Lombardi, the new cardinals will include the first in history from Cape Verde, Tonga and Myanmar.

The Feb. 14 consistory will bring the total number of cardinals under the age of 80 to 125. Until they reach their 80th birthdays, cardinals are eligible to vote in a conclave to elect a new pope. Blessed Paul VI limited the number of electors to 120, but later popes have occasionally exceeded that limit.

Three of the new cardinal electors hail from Asia, three from Latin America, two from Africa and two from Oceania.

Of the five Europeans on the list, three lead dioceses in Italy and Spain that have not traditionally had cardinals as bishops — another sign of Pope Francis’ willingness to break precedent. While giving red hats to the archbishops of Ancona-Osimo and Agrigento, Italy, the pope will once again pass over the leaders of Venice and Turin, both historically more prestigious dioceses.

None of the new cardinals hails from the U.S. or Canada. Father Lombardi noted that the numbers of cardinals from those countries have remained stable since February 2014, when Pope Francis elevated the archbishop of Quebec. The U.S. currently has 11 cardinal electors and Canada 3.

The continuing geographic shift is incremental in nature. With the new appointments, cardinals from Europe and North America will make up 56.8 percent of those eligible to elect the next pope, down from 60 percent on Jan. 4.

The shift reflects the pope’s emphasis on Africa and Asia, where the church is growing fastest, and on his native region of Latin America, home to about 40 percent of the world’s Catholics.

A number of the selections also reflect Pope Francis’ emphasis on social justice. The new Mexican cardinal leads a diocese that has been hard hit by the current wave of drug-related violence in his country.

And one of the Italian cardinals-designate, the archbishop of Agrigento in Sicily, leads the Italian bishops’ commission on migration, an issue on which Pope Francis has placed particular importance. In July 2013, the pope visited the southern Mediterranean island of Lampedusa, a major entry point for undocumented immigrants to Europe, and mourned the many who had died attempting to cross the sea.

Only one of the new cardinals, the head of the Vatican’s highest court, is a member of the church’s central administration, the Roman Curia, which currently accounts for about a quarter of all cardinal electors.

Announcing the appointments, Pope Francis noted that the ceremony to induct the new cardinals will follow a two-day meeting of the entire college, Feb. 12 and 13, “to reflect on guidelines and proposals for reform of the Roman Curia.”

The pope’s nine-member Council of Cardinals is currently working on a major reform of the Vatican bureaucracy, including a new apostolic constitution for the curia.

Pope Francis said he had chosen to honor five retired bishops “distinguished for their pastoral charity in service to the Holy See and the church,” representing “so many bishops who, with the same pastoral solicitude, have given testimony of love for Christ and the people of God, whether in particular churches, the Roman Curia or the diplomatic service of the Holy See.”

NEXT: Cardinal-designate asked for pastoral approach on Eucharist