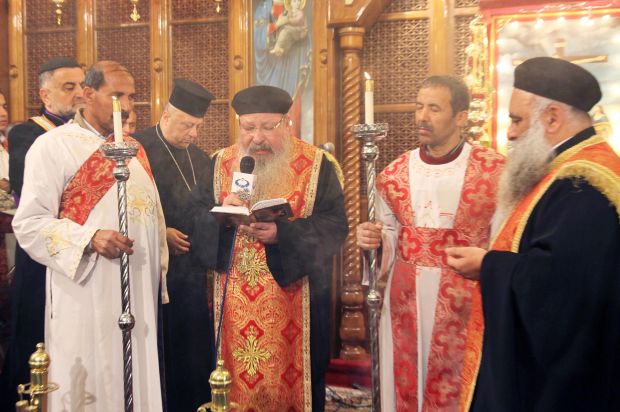 WASHINGTON (CNS) — Amid frequent reports of brutal killings and attacks by Islamic State militants, the director of an Islamic group in the United States strongly believes that people of faith must “collectively denounce” these actions of “stark evil” and “cruel barbarism.”

“We have to be clear in our writings, websites, lectures and speeches” that this group is a “misrepresentation of our faith and of all faiths,” said Sayyid Syeed, national director of the Islamic Society of North America’s Office for Interfaith and Community Alliances, based in Washington.

“By no stretch of the imagination,” he said, could anyone put the actions of Islamic State group, known as ISIS, within a faith tradition.

The militant group, with numbers well over 30,000, claims to follow a radical interpretation of Islam. In their quest to create a Sunni Islamic state — or caliphate — its members have taken over land in Iraq and Syria described as being the size of Britain. They have attacked and executed Kurds, Yezidis, Christians and Shiite Muslims, claiming they are purifying the world by killing those who do not adhere to their beliefs and gearing up for a final battle that fits in with their apocalyptic vision of the approaching end times.

The group, which boasts of its actions by posting videos on social media, is attracting new recruits, particularly young people — including three teenage girls from Britain who reportedly joined Islamic State forces in Syria Feb. 24.

This appeal to the world’s youth is of particular concern to Syeed, who said young people need to understand that Islam would never condone the “outright butchery” and disregard for human dignity behind Islamic State killings, suicide bombings and the abduction, Feb. 24 in Syria, of at least 100 Assyrian Christians, including women and children.

The attacks and killings have provoked global reaction. The group’s beheading of American journalist James Foley last August spurred a U.S.-led air campaign against Islamic State militants. In February, the death of a Jordanian pilot, burned to death by the militants, increased Jordan’s retaliation efforts, and the beheading of 21 Egyptian Coptic Christians prompted Egypt to launch an airstrike on Islamic State targets in Libya.

In mid-February, the White House sponsored a three-day summit on countering violent extremism focusing on actions of the Islamic State group. In closing remarks Feb. 18, President Barack Obama said: “We are not at war with Islam. We are at war with people who have perverted Islam.”

He also stressed that more military action against the militant group, which Republicans have been calling for, is not the full answer. Instead, he suggested an approach to “put an end to the cycle of hate” focusing on expanding human rights, religious tolerance and peaceful dialogue.

Syeed, who attended the summit, agrees with this idea, but he also knows there is a lot of work ahead and “no one gathering will solve this.” He said other solutions so far have failed and religious groups have not always sent the right messages in response to the atrocities.

When he talks about dialogue, he does not anticipate that it will occur with the Islamic State militants. As he put it: “We would love to, but their language is extremely brutal.”

Auxiliary Bishop Denis J. Madden of Baltimore, immediate past chairman of the bishops’ Committee on Ecumenical and Interreligious Affairs, who has worked with Syeed on Catholic-Muslim dialogue efforts, agreed.

“We would never want to write anyone off, but we can safely say ISIS is not looking for dialogue partners,” he told Catholic News Service. “That day maybe will come.”

For now, he stressed the importance of maintaining Catholic-Muslim dialogue and supporting Christians living in the Middle East, “not just with material support but by acknowledging what they are going through” and speaking out against the atrocities committed against them.

The president of the U.S. Conference of Catholic Bishops and the chairman of the USCCB’s Committee on International Justice and Peace sent a letter to Obama and the U.S. House and Senate leadership Feb. 23 calling for more protection of Middle East religious minorities.

“Pope Francis and the Holy See have reiterated on a number of occasions that it is ‘licit’ to use force to stop these unjust aggressors and to protect religious minorities and civilians from these horrendous attacks,” said Archbishop Joseph E. Kurtz of Louisville, Kentucky, who is president, and Bishop Oscar Cantu of Las Cruces, New Mexico, who is the international committee chairman.

The bishops said the United States “should only use military force consistent with international and humanitarian law” and should also “deploy other assets in the struggle against terrorism.”

The letter also addressed the need for humanitarian and resettlement assistance, particularly in the Kurdish region of Iraq, where Islamic State militants have forced hundreds of thousands of Syrians and Iraqis — including Christians, Yezidis and Muslims — to flee their homes.

The bishops quoted Pope Francis, who has condemned the actions of the Islamic State, and has stated that “fanaticism and fundamentalism” must be countered by respect for human life and religious freedom.

The pope’s message has not just been heard by Catholics. Syeed said he has been inspired by the pope’s clear words on this crisis.

He has been speaking out “in an amazing way,” Syeed noted, adding that the challenge now is “to multiply that message.”