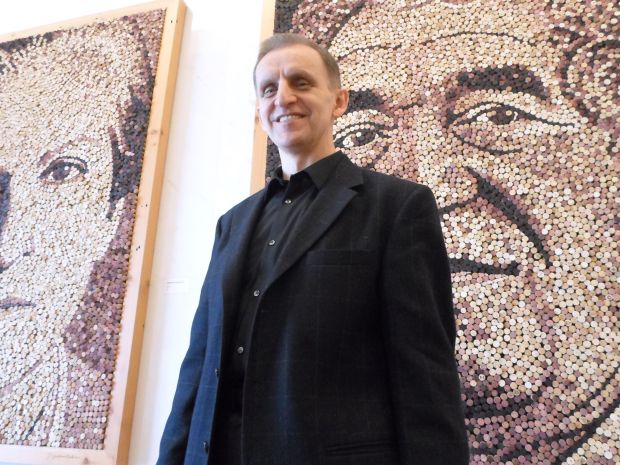 WASHINGTON (CNS) — How did a musically inclined Polish missionary with his heart set on evangelizing in Japan end up in Bolivia leading an indigenous choir that sings centuries-old Baroque tunes?

The man in question — Divine Word Father Piotr Nawrot — is happy to talk about it.

“Well, I wanted to work in Japan and China but because of some reason, Rome gave me the first destination to go to Latin America,” he reminisced to Catholic News Service in an interview in early March.

After his 1981 ordination, he first went to Paraguay, then to Bolivia, where he said his early childhood studies of song stirred him to combine his missionary activities with “looking for music.”

In Bolivia during the 1990s — with the help of local Indian populations living in and around the sites of mostly former Jesuit Catholic missions there — he amassed nearly 13,000 sheets of 17th- and 18th-century Baroque music, which the early European missionaries had used “as a tool to evangelize Indians.”

“When (the missionaries) dressed our creed in music, music was what attracted the Indians to come and to join the Catholic Church. Several of the pieces are with text in Indian languages, because (the Indians) would not understand Spanish, they would not understand Latin, so you have passions, lamentations, operas and hymns and few other genre with text in Indian languages,” Father Nawrot explained.

Although Franciscans and Dominicans had also taken Baroque to Bolivia, it was through the Jesuits that the music spread most rapidly, because thousands of Indians lived at the Jesuit missions, and each mission “would have 30 to 40 professional (Indian) musicians playing for the Mass and for the service every single day of the week,” he said.

The Jesuits were expelled from Bolivia toward the end of the 18th century by the Spanish rulers, and over time, the Indians adopted the music “as their own,” transforming it even more to incorporate their traditional melodies and instruments, and creating “a new style in music, which is today called ‘Mission Baroque,'” said Father Nawrot, who was born in Poznan, Poland, in 1955.

To further preserve and promote Mission Baroque, Father Nawrot has collaborated closely with Bolivian civil society organizations and the local Catholic Church. Their joint efforts led in 2006 to the launching of a volunteer choir, and in 2011 to a volunteer orchestra to accompany it. The ensemble now sings and plays Mission Baroque music together, around Bolivia and abroad, he said.

“In Bolivia, this music is a motive for pride of the local people. In many churches they still sing this music, and if they don’t sing it they want to sing it,” Father Nawrot told CNS in an interview at the John F. Kennedy Center for the Performing Arts, where the Arakaendar Choir and Orchestra were on the middle leg of a U.S. tour.

“Arakaendar” means “ancient” in Guarani, the South American Indian language shared by some of the choir members, said Father Nawrot, who serves as the group’s artistic director.

He cited baptism records from Bolivia’s early Catholic Churches that showed a correlation between the advent of music in Masses and spikes in converts to Catholicism, something he said “we can learn from … even today.”

“If we are looking for more people in the churches, probably we’ll have to give more attention to the art in our service (and) to the place of music in our service. Instead of repeating 50 times Ave Maria, let us sing one, and if it is well done, one Ave Maria sung can cause deeper spiritual and effective emotion than repeating the same prayer 50 times,” said Father Nawrot.

He expressed excitement about recent developments back home in Bolivia, where he said church officials had been approaching him about possibly arranging a Baroque Mission concert for Pope Francis when the pontiff visits that country in July.

“We are working on this,” he said.

NEXT: Utah lawmakers end session with passage of anti-discrimination bill