Movie review: The Age of Adaline 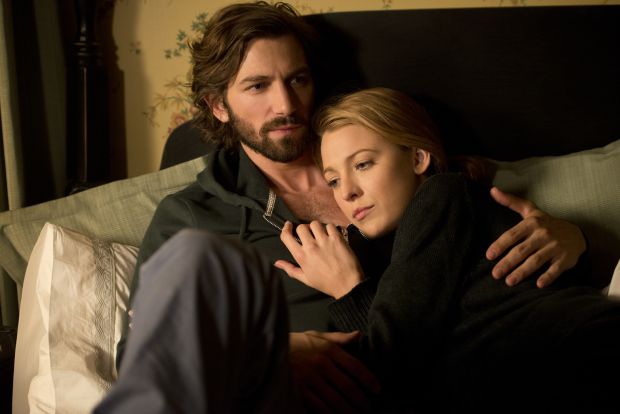 Michiel Huisman and Blake Lively star in a scene from the movie "The Age of Adaline." (CNS photo/Lionsgate)

NEW YORK (CNS) — Glossy proceedings follow on a silly premise in the serviceable romantic drama “The Age of Adaline” (Lionsgate).

Viewers willing to swallow its whopper of an opening hypothesis will be somewhat rewarded by the movie’s endorsement of long-term loyalty. The pass it gives both to out-of-wedlock sexual behavior and to the seedy implications of its own late plot developments, on the other hand, tends to spoil the recompense.

All of which moral nuance needs to be seen within the wildly improbable context of the lengthy — and yet, in one important aspect at least, unchanging — life of Adaline Bowman (Blake Lively).

As a 29-year-old widow in 1930s San Francisco, Adaline is involved in an auto accident that causes her temporary death. Yet, due to the unique circumstances surrounding the mishap — rare meteorological conditions, lightning-charged molecules, blah, blah, blah — she emerges from the trauma not only revived, but entirely immune to aging.

Adaline’s sui generis situation would seem, at first blush, to be an enviable one. But the fear of being confined and experimented on by prying government authorities, together with the awkward imbalance her perpetual youth would inevitably introduce into any amorous relationship, puts Adaline on the run — and leaves her more or less isolated — for the next eight decades.

The hurdles on her path to bliss arise because of Ellis’ connection to William (Harrison Ford), an old beau of Adaline’s from the Swinging Sixties. The bond between the two men — not to be detailed here for fear of a spoiler — has some distinctly unpleasant undertones. Yet these the script, co-written by J. Mills Goodloe and Salvador Paskowitz, blithely ignores.

Lively’s skillful portrayal of Adaline’s not-quite-resigned state of self-enforced loneliness helps to quell some of the skepticism inescapably inspired by director Lee Toland Krieger’s far-fetched yarn. Yet, while the ethical ins and outs of Adaline’s saga can be difficult to evaluate, given her tale’s vast divergence from real life, it’s a safe bet that her story is not fit fare for the naturally youthful.

The film contains bedroom scenes implying benignly viewed nonmarital and premarital relationships, graphic but bloodless crash sequences and at least one instance each of profanity and crude language. The Catholic News Service classification is A-III — adults. The Motion Picture Association of America rating is PG-13 — parents strongly cautioned. Some material may be inappropriate for children under 13.

NEXT: ‘Child 44’: A Stalinist tale of crime that (officially) can’t happen