WASHINGTON (CNS) — Morgan Atkinson’s new documentary on Thomas Merton, the famed Trappist monk from the Cistercian abbey in Gethsemani, Kentucky, was “40 years in the making,” he joked. 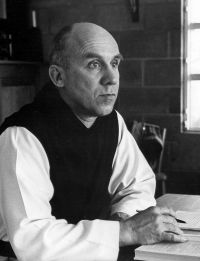 Actually, it was closer to two, but it was Atkinson’s own pilgrimage to Gethsemani 40 years ago that not only broadened his exposure to Merton, but led him to become a Catholic himself.

Atkinson long had dreams of being a Hollywood filmmaker. Living in his native Louisville, Kentucky, though, wasn’t going to cut it. “If I want to make films, I should go to Los Angeles,” he recalls thinking. “After a year, I was not exactly tearing things up.” So he headed back home.

“To say I was at loose ends was probably an understatement,” he told Catholic News Service in a telephone interview from Louisville. “I was aware of Merton growing up, but I wasn’t thinking about him, at least consciously. For some reason, I thought it would be interesting to read his book, ‘The Seven Storey Mountain.’ I read it. A lot of it was off-putting to me, frankly, but there was something about the man that was interesting to me.”

From there, “I went to the abbey of Gethsemani, which is about 60 miles from Louisville. It had a profound impact on me. From that, I became a Catholic, and have been practicing for the last 40 years.”

Atkinson also has been able to make a living as a filmmaker, including two prior documentaries that have received national airings on PBS.

“I would probably return once or twice, three times a year for a retreat. As I was developing as a filmmaker, I thought, gosh, there’s some interesting stories here. At that time, the abbot wanted no part of anyone doing any film there. Then in the 1990s, a new abbot came in and had a different mindset. I had letters of recommendation, and so they let me do a documentary in the monastery itself, Gethsemani, which was well received by the monks and by viewers on PBS. I was trusted.” Eventually, he was asked by the abbey, “Why don’t you do one on Merton?”

He is hopeful the new documentary, “The Many Storeys and Last Days of Thomas Merton,” will likewise get a PBS time slot sometime this year, the centennial of the monk’s birth.

Lacking that, Atkinson said, there is a PBS secondary channel that transmits programming to affiliates. “But instead of getting a uniform showing on Thursday, Sept. 15, at 9 o’clock all over the country, they (affiliates) sort of plug it in wherever they want to,” he added.

Atkinson said he focused on 1968, the last year of Merton’s life, because in his first Merton documentary he felt he “didn’t do justice” to that year, which ended in Merton’s fateful sojourn to Asia during which he died of accidental electrocution. “(Nineteen) sixty-eight is such a year in American culture that it had a lot of richness to it as well. So I thought, OK, I’ll just do it on that last year.”

He wanted to time his work on the documentary — while paying the bills with other film work — so that it would be ready for viewing in time for the centennial. “From my first two films on Merton, you develop a network. You know where the scholars are and where to access them,” he said.

It’s that network that Atkinson is working to get the film to more people, regardless of PBS’ ultimate decision. “I have friends and associates across the country who will host showings, not only in this country, but in other parts of the world. In two weeks I’m going to Xavier (University) in Cincinnati and doing a showing there,” he said. “I’ve been talking to a friend in Pepperdine (University) in Malibu (California) and doing a showing there in September.

“It’s the wanna-be rock star performance,” he chuckled. “I couldn’t play rock guitar if I wanted to, but I’m setting up a tour.”

Atkinson added, “It’s not something where you think I’m making a ton of money doing this. It just feels good to show the work. You hope the work will inspire people to read more about Merton, to help them shape their lives in a way that they’ll feel better.”

Atkinson was able to combine historical footage of Merton with new interviews from celebrated figures whose lives Merton touched.

Such was the case with popular speaker Franciscan Father Richard Rohr, but even more so with the Dalai Lama, whom Merton met during his Asia trip. Atkinson was able to interview each of them last year.

“The ability to interview the Dalai Lama” was cited by Atkinson as nearly reason enough to make the new documentary. “That became the real centerpiece of the film in many ways.

“I love the last thing said by the Dalai Lama in my current film,” Atkinson added: “One does something, very good. Ten people, better. Do something.”

NEXT: ‘Far from the Madding Crowd’ tells of England’s quiet, unsettled lives