Church is called to persevere in mission of welcoming all, pope says 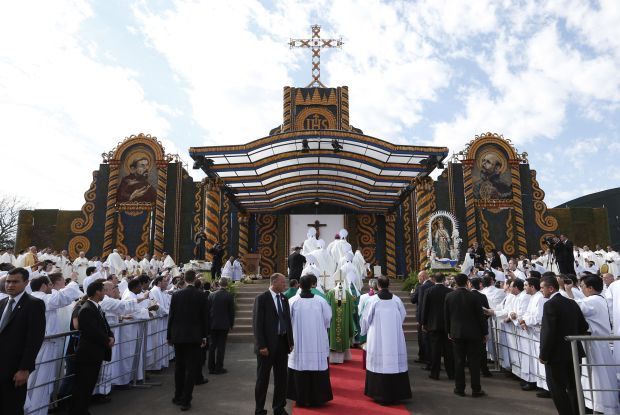 ASUNCION, Paraguay (CNS) — Christians cannot force anyone to believe, but at the same time, no one can force Christians to stop being welcoming, loving and living in solidarity with others, Pope Francis said.

On the last day of his July 5-12 visit to South America, Pope Francis celebrated Mass with close to 1 million people at Asuncion’s Nu Guazu Park.

Artist Koki Ruiz designed the altar and stage, which was made of coconuts, corn cobs, gourds and other plants and vegetables. The artist built the massive structure at his studio and brought it to the park in pieces. As he assembled it, he allowed members of the public to sign the coconuts and write their prayer intentions on them.

The fruits of the earth and the expressions of local culture were obvious at the Mass with its prayers in Guarani, a native language, and with a variety of traditional hymns and percussion-punctuated songs. 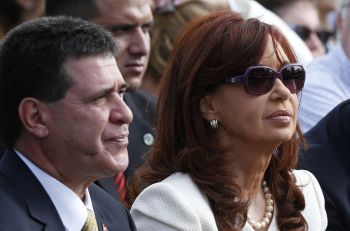 A firm trust in God, he said, is learned within a family and within a community that has experienced the transforming power of God’s grace and knows it is called to share that grace with others.

“One thing is sure: We cannot force anyone to receive us, to welcome us; this is itself part of our poverty and freedom,” the pope told the crowd. At the same time, no one can “force us not to be welcoming, hospitable in the lives of our people. No one can tell us not to accept and embrace the lives of our brothers and sisters, especially those who have lost hope and zest for life.”

Mission, evangelization and sharing the faith are not programs, he said. They flow from a way of living in response to God’s blessings.

“How many times do we see evangelization as involving any number of strategies, tactics, maneuvers, techniques, as if we could convert people on the basis of our own arguments?” he asked.

The day’s Gospel reading from St. Mark, which tells of Jesus sending his disciples off two by two to cast out demons and heal the sick, makes it clear that “you do not convince people with arguments, strategies or tactics. You convince them by learning how to welcome them,” the pope said.

“The church is a mother with an open heart,” he insisted. “She knows how to welcome and accept, especially those in need of greater care, those in greater difficulty.” 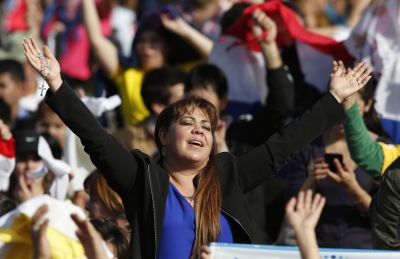 “How much pain can be soothed, how much despair can be allayed in a place where we feel at home,” he said.

The church is blessed, the pope said, when it welcomes people of different cultures and when it welcomes sinners. “That is why we must keep our doors open, especially the doors to our hearts.”

Isolating oneself harms the individual and harms the community, Pope Francis said, which is why the church has the mission of teaching Catholics to live in harmony with each other.

Jesus, he said, “is the new and definitive word which sheds light on so many situations of exclusion, disintegration, loneliness and isolation. He is the word which breaks the silence of loneliness.”

NEXT: Pope says he’ll read critiques of his economic thought before U.S. trip