Sweeping, upbeat ‘In the Heights’ keeps a dream alive

Meet the Catholic art dealer who brought you the impressionists 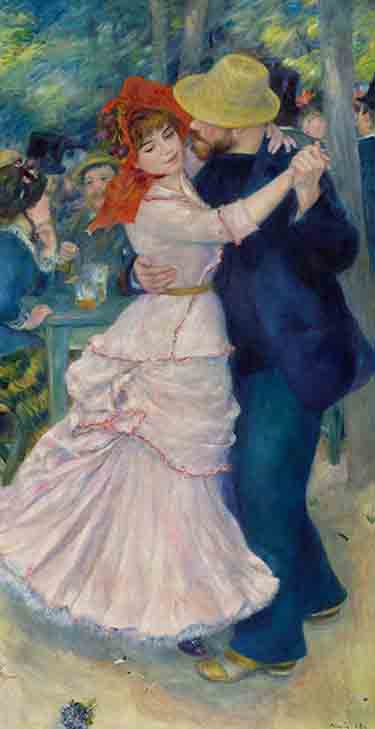 PHILADELPHIA (CNS) — With his full beard and sometimes wearing a beret, Claude Monet looked like an artist, and it’s easy to imagine him creating those short, thick brushstrokes that museum visitors see, often from a few steps back, as the play of soft sunlight on poplar trees, water lilies or the Paris countryside.

Less obvious is the contribution of a conservatively dressed businessman named Paul Durand-Ruel, an initially reluctant art dealer who gambled his career on Monet and the other impressionists he came to represent, such as Edouard Manet, Edgar Degas, Pierre-Auguste Renoir, Camille Pissarro and Mary Cassatt.

Simply put, without Durand-Ruel, their paintings might not be hanging on museum and gallery walls — or reproduced on countless posters and calendars in homes and offices throughout the country.

Immensely popular today, impressionist paintings can command high prices at auctions. In April, Sotheby’s sold a group of five Monets in London for $84 million, and last year sold a single painting of his “Nympheas” for $54 million.

But at the time Durand-Ruel began representing Monet and the others, they were unknown and impressionism was new. For a long time they were ignored or, worse, ridiculed.

“Without Durand, we would have died of hunger, all us impressionists,” said Monet.

“Fortunately for us,” Renoir reportedly said, “painting was his religion.”

It wasn’t. Durand-Ruel was a devout Roman Catholic who attended Mass every day, aspired to be a missionary as a young man and was arrested at the age of 50 for protesting against laws suppressing religious congregations.

The impressionists did not paint religious subjects, but Durand-Ruel’s faith was likely key to his becoming their personal and professional advocate, said Jennifer Thompson, a curator of an exhibition at the Philadelphia Museum of Art, “Discovering the Impressionists: Paul Durand-Ruel and the New Painting.”

“He talks of himself as in service to the artists,” she said, and so provided ample moral as well as financial support to them. He even took out loans to help them pay their rent and bills.

In his own words: “We are on this earth, not for our amusement and to think only of ourselves and our loved ones, but to do good all around us, within the limits of our power.”

Although strict on doctrine, Durand-Ruel’s faith was “devoid of sectarianism” and in keeping with the teaching of Frederic Ozanam, the layman who founded the Society of St. Vincent de Paul in France in 1833, according to the exhibition catalogue. It quotes him as saying, “The fortune that divine Providence has placed in our hands does not belong to us; this should never be forgotten, we are merely those who dispense it.”

Durand-Ruel was a monarchist as well as Catholic, but his understanding of faith, combined with his sense of duty and passion for art, made him a strong ally of the artists he represented even when their views were contrary to his own. And they were a diverse lot. Monet, for example, was a republican and an atheist. Pissarro was a Jewish anarchist, who nonetheless received an invitation to the wedding of Durand-Ruel’s son.

Durand-Ruel gave up his hope for a religious or military vocation and became an art dealer, the family business, only because of his father’s failing health and financial worries. He became a widower at age 40 when his wife died while pregnant with the couple’s sixth child. He never remarried. There is every reason to believe he was a devoted and attentive father, Thompson said.

But Durand-Ruel was bold and innovative in business. He acquired large numbers of works of the artists he admired and became the exclusive seller of their work. He paid them monthly stipends and hosted single artist exhibitions, something new at the time. He also seized an opportunity to create a market for his artists in America, while European collectors concentrated on established figures and styles.

Durand-Ruel put his entire career into the impressionists, and it paid off, eventually.

When he was 88, the dealer declared: “At last the Impressionist masters triumphed … My madness had been wisdom. To think that, had I passed away at 60, I would have died debt-ridden and bankrupt, surrounded by a wealth of underrated treasures.”

The exhibit was to continue through Sept. 13.

Carl Peters is the managing editor of the Catholic Star Herald, newspaper of the Diocese of Camden.

PREVIOUS: ‘No Escape’ more an ordeal than an adventure