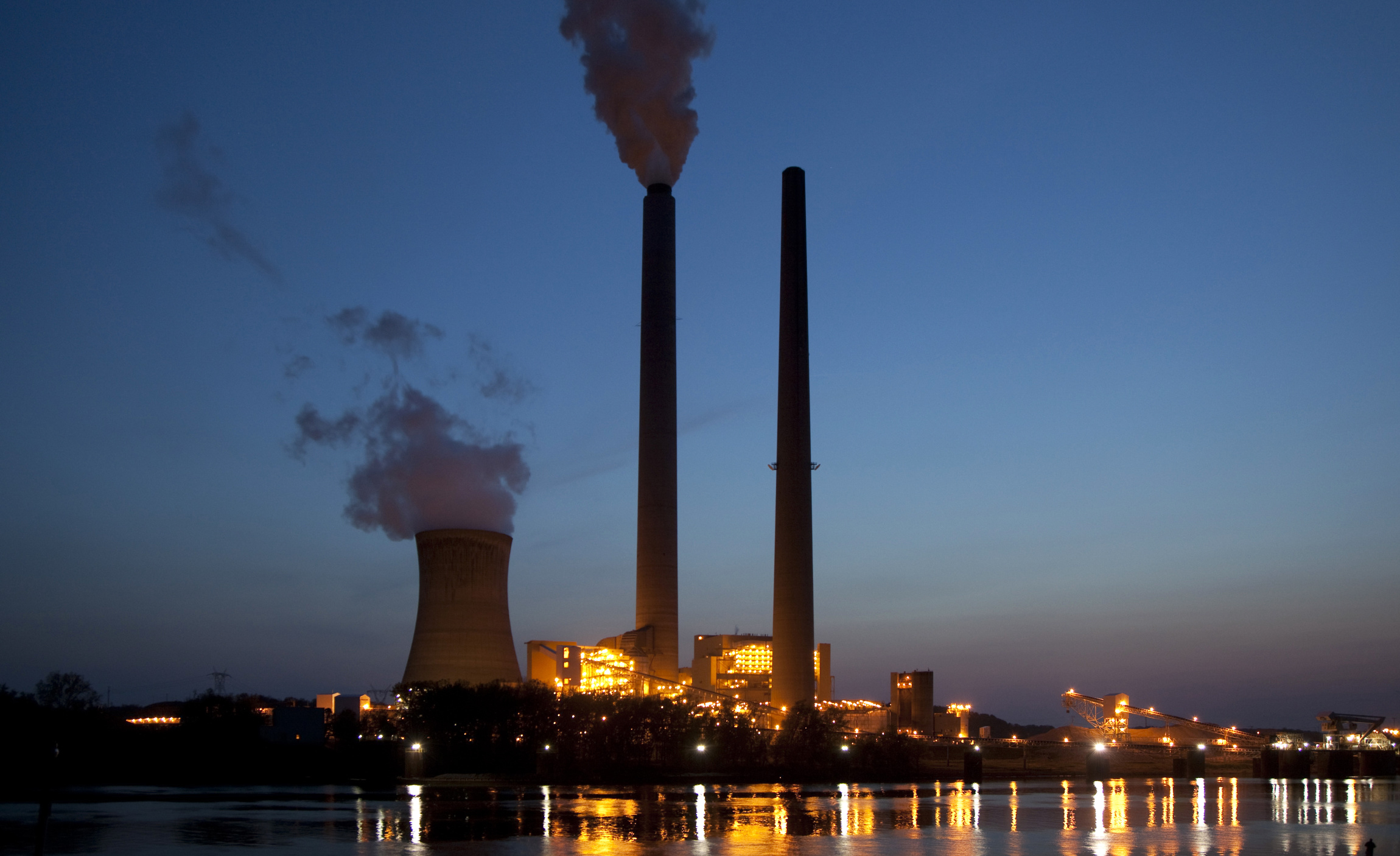 Smoke from the American Electric Power's coal-fired Mountaineer Power Plant, along the banks of the Ohio River in New Haven, W.Va., is seen in this file photo. (CNS photo/Jim West) (May 30, 2014)

Archbishop Thomas G. Wenski of Miami called the standard “an important step forward to protect the health of all people, especially children, the elderly, and poor and vulnerable communities, from harmful pollution and the impacts of climate change.”

“The bishops welcome this important move by the administration to adopt long-awaited standards to mitigate climate change and safeguard health, which are significant ways to live out our responsibility to care for God’s creation,” he said in an Aug. 3 statement hours after the White House and the Environmental Protection Agency announced the plan.

The final plan sets standards for reducing carbon dioxide emissions by 32 percent from 2005 levels by 2030. It allows states and utilities to develop methods to reach the goals based on local needs and circumstances.

Power plants are the nation’s largest source of carbon dioxide emissions. The plan is part of President Barack Obama’s overarching strategy to address climate change in the final two years of his presidency.

Republicans have denounced the plan as unworkable and too expensive to implement.

In announcing the plan, the administration said an American family can expect to realize $85 a year in savings on energy expenses in 2030 and gives states more time to utilize clean energy.

The president also said the plan will lead to significant health benefits by preventing premature deaths from power plant pollution while reducing the output of greenhouse gases, which climate scientists say contribute to climate change.

Archbishop Wenski has repeatedly called for stronger standards on carbon pollution since the draft of the plan was released in June 2013, but he has not supported any proposal to achieve specific goals to slow global warming.

Faith-based organizations supported the plan as well. Members of Interfaith Power & Light said in a statement Aug. 3 that the plan was a necessary step in addressing climate change.

Students and staff from seven Catholic colleges and universities sponsored by the Sisters of Mercy were to join representatives of the Catholic Climate Covenant, the Franciscan Action Network and three other grass-roots environmental groups to discuss the moral dimensions of protecting the environment in a program Aug. 4 at the U.S. Capitol Visitor Center. They also planned to push the plan and the Green Climate Fund for addressing climate change during visits with legislators the following day.

NEXT: Judge sides with L.A. archbishop to protect sisters from ‘bad deal’