Comedy is a casualty of ideology in ‘Our Brand Is Crisis’ 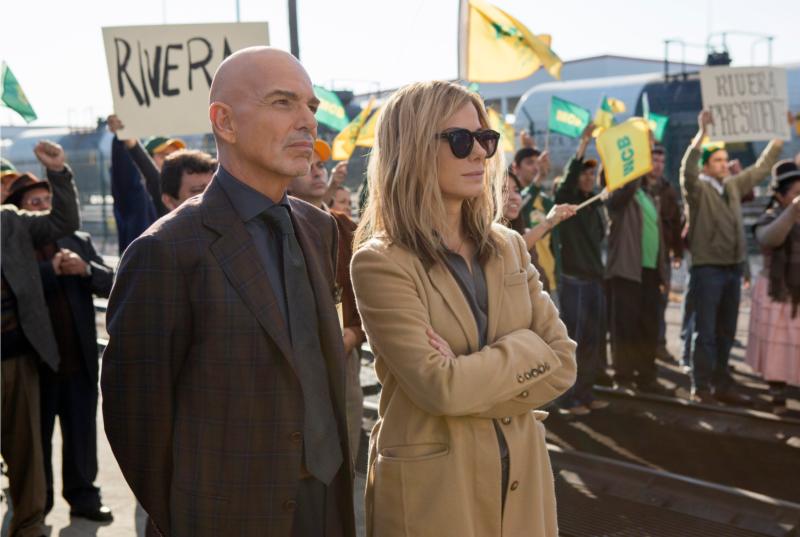 Billy Bob Thornton and Sandra Bullock star in a scene from the movie "Our Brand Is Crisis." (CNS photo/Warner Bros.)

As for the film’s appropriate audience, interludes of sleazy wordplay and bawdy visual humor make it fit for grownups only.

Drawing on filmmaker Rachel Boynton’s eponymous 2005 documentary, Green presents a fictionalized — and satiric — version of events surrounding the presidential election in Bolivia three years earlier. Unbeknown to most Americans, that race was certainly affected, and perhaps tilted, by the involvement of skilled spin doctors imported from the United States.

Here, one such image-maker is Jane Bodine (Sandra Bullock). Embittered by her previous forays onto the political battlefield — her volatile personality and distinctly mixed record of results have earned her the unenviable nickname “Calamity Jane” — emotionally fragile Bodine is living in self-imposed seclusion when we first encounter her.

But a duo of fellow operatives, earnest Ben (Anthony Mackie) and casually callous Nell (Ann Dowd), is out to change all that. They arrive on Jane’s doorstep with an invitation to join them on the campaign staff of a former occupant of Bolivia’s top office named Castillo (Joaquim de Almeida).

Currently a senator, Castillo is an aloof conservative out to recapture the presidency despite the bloody street violence that marred his first tenure — and that continues to make him highly unpopular. His bid is going nowhere.

Though largely indifferent toward the outcome of the far-off contest, Jane has a very personal reason for abandoning her rural lifestyle and re-entering the fray. The aspirant leading the Bolivian pack is being supported by yet another American consultant, Pat Candy (Billy Bob Thornton), a man with whom Jane has a long-running — and bitter — rivalry.

By securing an unlikely victory for Castillo, whether by fair means or foul, devious Jane hopes to win the latest round in her blood feud against the even more unscrupulous Candy.

Despite an obviously acerbic flavor, all this would be diverting enough if served up as straightforward humor. Bullock ably balances Jane’s latent decency against her far more apparent ruthlessness while Thornton’s vinegary persona, though it sometimes descends into vulgarity, generally has the appeal of a tart apple.

Yet the fate of the populous, at least in the short term, is at stake, as Peter Straughan’s screenplay dutifully reminds us, primarily through the figure of a naive Castillo supporter called Eddie (Reynaldo Pacheco). Not only does this spoil what might, in the abstract, be considered the “fun” of Jane’s story, it also introduces real-world political values that will not sit well with all viewers.

Thus brutality and betrayal are shown to be the tactics of the right, while Eddie’s thirst for justice, so the story implies, will only be satisfied by a countervailing triumph of the left. In reality, Gonzalo Sanchez de Lozada, for whom Castillo serves as a stand-in, was succeeded in 2006 by socialist stalwart Evo Morales.

Morales has proved, it’s safe to say, to be a leader not untouched by controversy. Catholics will readily recall his gift to Pope Francis of a crucifix in the shape of a hammer and sickle — a curious item when regarded in the light of history.

At any rate, the amusement that might be derived from the movie’s free-for-all jockeying, were it shown in isolation, loses out to a very specific agenda. The picture’s real — and rather tiresome — purpose, it turns out, is to denounce institutions like the International Monetary Fund and to reinforce Hollywood’s uncritical acclaim of leftist policies at home and abroad.

That goal puts “Our Brand Is Crisis” fundamentally at odds with itself in a way moviegoers can hardly miss.