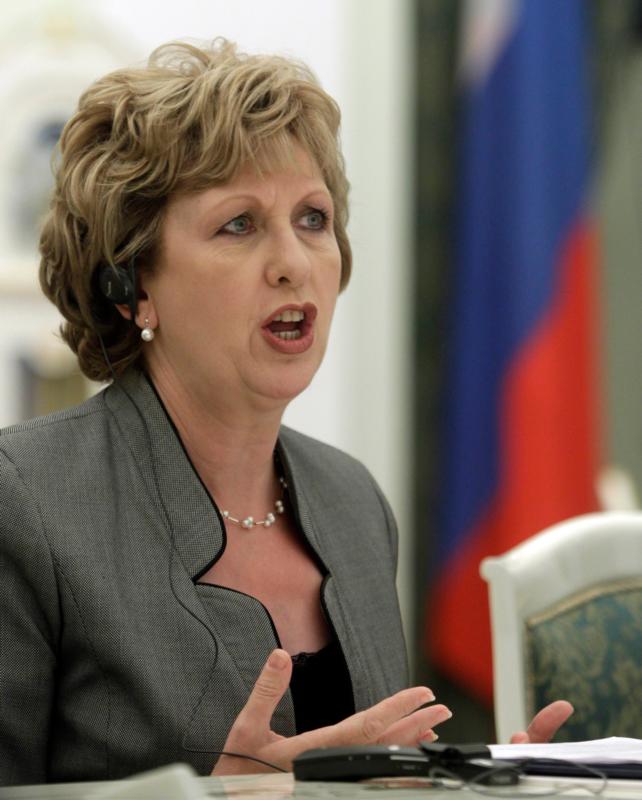 DUBLIN (CNS) — Former Irish President Mary McAleese said her devotion to her Catholic faith remains strong, despite public disputes with the church over issues such as same-sex marriage and the ban on female priests.

In an exclusive interview with The Irish Catholic newspaper, her first major interview since she stepped down as president almost four years ago, she also praised Pope Francis for what she sees as “welcoming debate and allowing the church to breathe.”

“I like the fact that Pope Francis welcomes debate. That is by far the greatest legacy he has given the church,” she said.

McAleese has spent much of her time since retirement studying canon law. In the second half of 2016, she plans to return to Rome’s Pontifical Gregorian University to complete her doctoral thesis, “The Christening Contract,” which examines what the 1983 Code of Canon Law says about the rights of and obligations to children.

She said her research has revealed that the church, for all the darkness of clergy sexual abuse in recent decades, was a champion of children’s rights in medieval times by helping to stamp out arranged marriages, which remain prevalent in some cultures today.

McAleese told The Irish Catholic that she hoped Pope Francis would put structures in place so that lay Catholics can make their views heard. However, she said she “accepts that legislation and governance (are) always going to be in the hands of the pope and bishops.”

The former president is credited with playing a key role in this year’s referendum in which Ireland became the first country to legalize same-sex marriage by way of a popular vote. The Catholic Church opposes same-sex marriage, and some commentators criticized McAleese for saying that her decision to back such marriages was motivated by her Catholicism.

She told The Irish Catholic “it would have been an act of craven and un-Christian cowardice” to have stayed out of the referendum debate.

“My views are founded emphatically on the Gospel,” she added.

“What infuses me, what is the essence of my being, is my faith in Christ. And it is the love of Christ and his offer of mercy to the world, the sense that every single person is a child of God, it is that which infuses me, gives me the outlook I have on the world,” she said.

The former president also said prayer is a vital part of her daily life.

“Sometimes it is petitioning, chatting to God about things I need help with,” she said. “I feel that God is always present, of course, but I use this time (prayer) to make myself more present to God.”

“I see myself as a member of the church trying my best to be a member of that church, trying to live the faith that I inherited and grew up with and have decided to remain with,” she said.

NEXT: Pope Francis: Eucharist nourishes those hungry for love, mercy